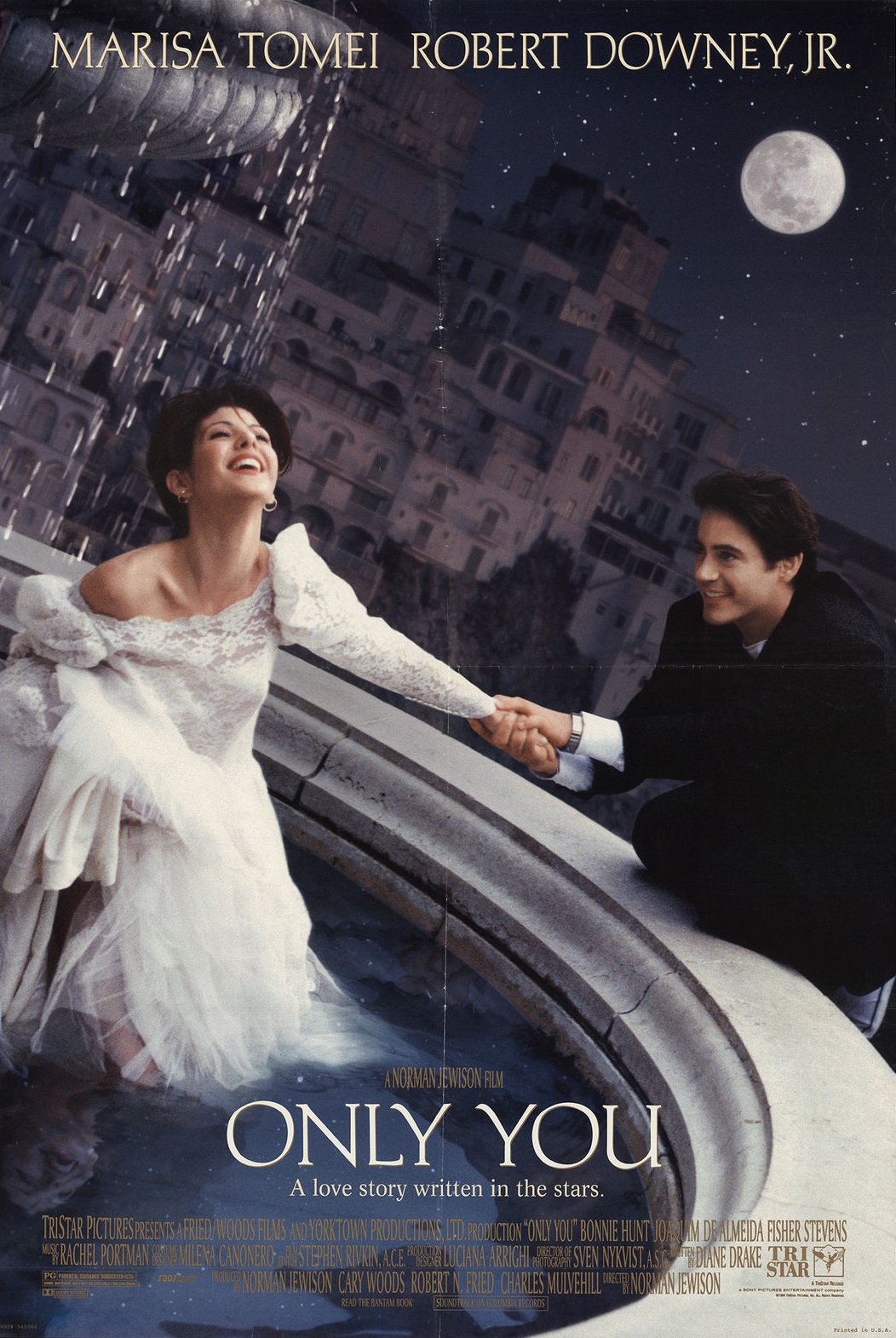 It’s time to look at an old school romance drama. Unfortunately this one is really not that good. The main characters are all pretty terrible which makes it hard to sympathize with any of them. Some of the scenes can be tragically funny in a way but you still have to shake your head for most of it. My hot take here is that the film should have focused more on the search for Damon Bradley and less on finding him so many times. That would have worked out a lot better if you ask me, but that’s just a theory.

So the film’s present timeline starts out with Faith getting ready to be married to her fiance. I forget the guy’s name and it really doesn’t matter since he’s only in it for a few scenes. He tries to mess with Faith’s hair and also promises on her behalf that she will wear an ancient wedding dress to her own wedding. Faith feels like her life is crumbling apart and she has fallen away from her destiny. See, as a kid she always knew that the guy she would need to marry was Damon Bradley because that guy was going to be her dream partner according to an occult board game and a fortune teller. That’s not how the dice worked out though but then she gets a call from Damon Bradley. He says that he is a friend of her fiancee’s and then hangs up. Faith was able to get some info out of him though and knows that Venice is where she needs to be.

Faith packs some stuff and quickly heads to Venice along with her sister-in law Kate. They now have to search the whole country for him. Getting in their way is a guy named Peter who suckers Faith into having a one night stand with him by pretending to be Damon but then decides to atone by helping her find him. The problem is that along the way he keeps tricking her over and over again. Will Faith give up on her whole Destiny angle or will she just keep on finding various Damons to get past the friend zone with until it’s the right one? It’s going to definitely be a long day for her.

This film has quite a lot of issues so it’s always hard to know where to start. I suppose I would start off with the fact that Faith is just not a very likable character. From the start she is not portrayed all that well as she is instantly ready to throw her fiance away when she hears the name Damon. It’s fine if she didn’t really like him to call things off, but why wait til the last second? She doesn’t even tell him where she is going, she just vanishes. I mean, the guy never even notices which is pretty insane but that’s just the way it is. Now, if she still had some morals about it that would be one thing, but she acts incredibly desperate each time.

She is basically throwing herself at anyone who claims to be Damon Bradley and really seems to have no shame. The whole affair with Peter really tells you all you need to know about her. She was about to call off the wedding after just meeting him until Peter made a rookie mistake and left his identity out. Faith never gets better from here and you’d think after such a humiliating scene she wouldn’t fall for these tricks again…but she still does.

Meanwhile this doesn’t let Peter off the hook either. He lies to Faith a whole lot. It’s supposed to be endearing or even funny based on how the film presents it, but it’s pretty tragic if you think about it. He was really just taking advantage of Faith and you can’t feel bad for him when he gets emotional because the whole thing really is his fault. Just because Faith is super easy doesn’t mean it’s right to still be tricking her the whole time.

Then we have Kate who is another poor character. She is actually married already and decides to have an affair with a random guy anyway. She keeps telling herself that he knows she is married and won’t try anything but they both keep giving each other hints so of course an affair was going to happen. The film paints her husband Larry as a guy who’s not exactly the most charming and does call her telling her to go make a sandwich. It’s obvious that he’s not supposed to be a very likable character either but Kate is the one who comes across as more petty. She thinks he is cheating on her with no evidence and naturally it turns out to not be true. While Larry was not the nicest guy, at least he wasn’t cheating on her.

These various plotlines just really don’t work wonders for the film. By the end of it the general morale is that none of these relationships are likely to last for very long. Kate’s not trust worthy and the same is true for both Faith and Peter. Faith won’t forget that Peter lies to her face quite a bit and he won’t forget that she came close to having 3 different affairs in the span of a week. The odds of them managing to pull through this in one piece are pretty slim.

At least the backdrops are pretty fun. It’s always nice to see Venice. I wouldn’t want to live there because that’s just way too much water for me, but the scenery is good. The film also does have some fun moments like the contrast it shows between New York and Italy. In New York there was no way they were going to let the main heroine on the plane without a ticket but in Italy since they were helping her get the guy they stop the plane and let her on. It’s a pretty stark contrast and it was naturally a blast to see New York looking so good. We definitely don’t let people randomly get on trains. The film also has some good meme material with how everyone is constantly clapping at the heroes making up with each other. You don’t see the reactions you’d expect like people being upset that their flight is being held. It’s all wholesome to these guys.

Overall, Only You is a film that’s definitely not very realistic. The writing could use some work and the characters just are not likable. You can definitely have some fun with this film as it goes on but the whole thing just doesn’t make a lot of sense most of the time. I’m still surprised that Faith’s fiance never got to appear at the end. Kate should also remember that Faith was very quick to ignore her current plight. Kate was literally in tears asking Faith for help and our nice heroine brushed her off to take a phone call and starting celebrating when it was Damon. Keep in mind that Kate is still in a mess on the floor next to her. The film definitely makes sure that you are unsure if we are supposed to root for the main character or not and that is an original approach. You can do better with a different rom-com.