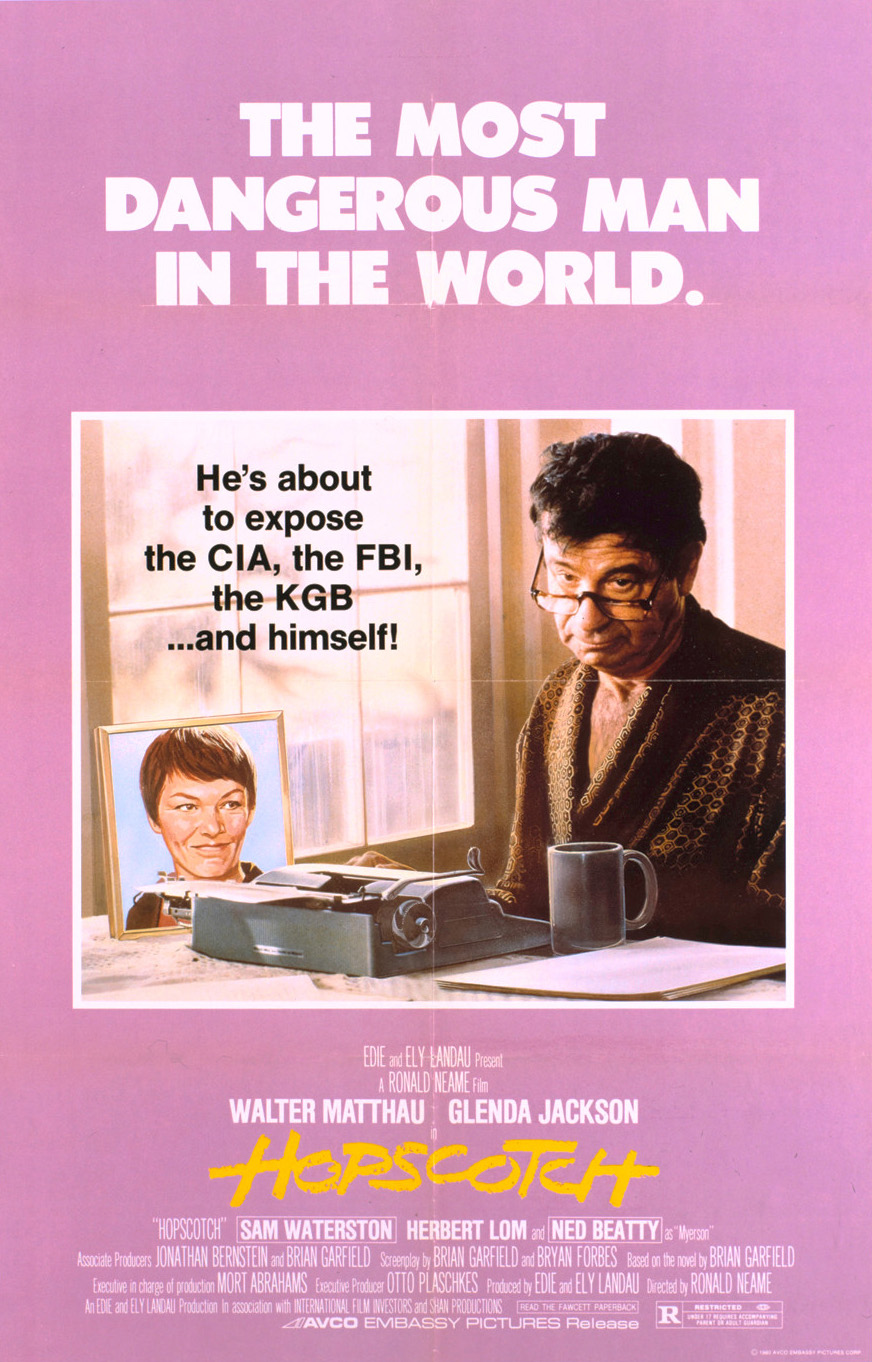 It’s time for a look at a more comedic kind of spy film. It’s a pretty clever premise and one that the film executes pretty well. What you’ve got here is effectively a parody of those big films you tend to see about spies like James Bond or Jason Bourne. The fact that this one predates some of those installments just makes it all the more impressive. I think the whole scenario lends itself pretty well to humor as there’s quite a lot you can do here. It also reminds you why when you are in a pretty tricky position your boss really ought to actually show you to the door on the spot so things don’t get dicey. It wouldn’t have done much in this case though so the film handled itself well there too.

The film starts with the CIA working on a Russian case. That’s when Kendig walks in and busts the operation while also letting Yaskov go. His boss isn’t thrilled about this while Kendig explains that he always lets the boss go so they can read their movements a little better. That is a risky gambit in itself so I can understand Myerson’s reasoning for being upset to an extent but either way he’s not portrayed as a reasonable character here. He just wants to sack Kendig and is willing to do whatever he has to in order to do it. This was the excuse he needed so he demotes Kendig to office work. Kendig decides to leave in retaliation and decides to write a book exposing everything about the CIA to all of the other intelligence agencies.

Just to torment the CIA, Kendig decides to send in the novel one chapter at a time to the newspapers. Now the CIA wants to silence him and Russian intelligence definitely wants their hands on Kendig. He’ll have to try to outwit everyone as he keeps on travelling around the globe. He’ll need some help though so he visits his old friend Isobel and convinces her to get on board with this plan as well. She’s reluctant at first but finds the whole thing rather amusing and ultimately agrees to assist. They’ll have to tread carefully. They’re mainly dealing with the CIA so it’s not like they’re fighting some random villains but if they’re caught it’s definitely game over.

Isobel is definitely the standout character here. She’s a really great partner to have and does a good job of supporting Kendig the whole time. She’s also got a whole lot more to lose than Kendig at this point as she has built quite a nice life for herself. Everything was on the upwards trend but with the CIA she could end up losing out on everything. Still, she stays strong throughout and even helps out on the missions even if it means losing out on sleep. The movie wouldn’t have been quite the same without her.

Kendig is also a solid main character. It’s fun to see how sarcastic he is the whole time and always has a witty comeback at the ready. I think it goes a long way into also showing just how solid the writing is in the film. It’s consistently good all the way through and this film could not succeed if the writing was not on point. The humor plays a big part into the execution and the movie manages to nail that. The characters are just a lot of fun.

Myerson makes for a solid antagonist. He just wants to take Kendig down no matter what he has to do. Even at the end he shows no real remorse for possibly shooting Kendig down. That really solidifies the fact that he was completely on the other side of the fence by then. He would do whatever he needed to do in order to stay on top. The man he had in charge of the Kendig case was also pretty good. His name was Cutter and he looks up to Kendig so this was pretty tough for him. There’s also not a whole lot he can do here since Kendig always seems to be one step ahead of him. Cutter’s still learning after all and it’ll take him a while to make it all the way to Kendig’s level.

If I had a complaint, it’s that I would have liked to have seen the international reactions a bit more. I think they could have really played that up quite a bit. The closest we got was the European response as their Prime Minister couldn’t stop laughing at the whole thing. I wanted to see more of that because it would make for a lot of great interactions. One scene that was also handled really well was when the CIA arrived to try and blackmail the paper into not publishing the novel. This publisher was pretty intelligent and wasn’t about to fold. He already had a lot of plans underway and that’s exactly how you have to handle such a situation. He was determined to let the freedom of the press do its thing.

Overall, Hopscotch definitely surpassed my expectations and ended up being a great film. It’s really got everything you could want in such a title. The humor is on point and the writing is solid. The pacing is on point and quite a lot happens without the film ever dragging out. Kendig always finds a new way to keep on humiliating and embarrassing the other characters. You have to admire the guy’s creativity here. He’s able to think quickly even when he actually does get stopped by one of the police groups at one point. It’s clear to see that he was quite the field agent which shows how he would know all of these techniques in the first place. Yes, if you want a good spy thriller taken from a different angle than the usual fare then this is definitely one you should check out.