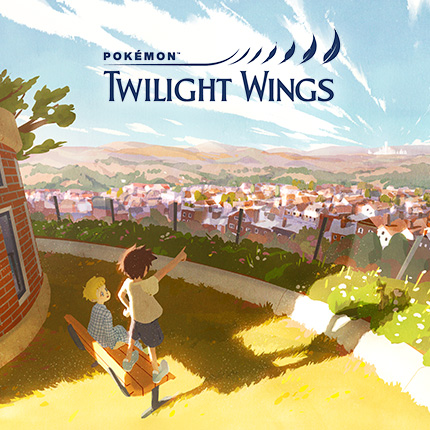 It’s time to look at a recent Pokemon web series that ended. It’s always nice to get some new animated material. Pokemon recently did something similar with Pokemon Generations although that one was way too ambitious in scope and ended up being rather disappointing. Twilight Wings from the start is going for a much more inspirational/somber feel to the shorts. These aren’t about big action scenes or colorful backgrounds. It’s actually all very subdued which is where the somber part comes from while also showing that everyone is trying hard to get ready for their futures. It’s a fun little collection of shorts.

There are 7 shorts in all and they’re all under 10 minutes. So if you merge them together this could be around a 40 minute OVA or something like that. Each short changes main character except for the first and last shorts which are about a kid who is rather sick but wants to be a Pokemon trainer. His friend’s definitely a good kid to have around as he tries his best to make sure that the main character is able to get closer to his friend. The rest of the shorts vary in plot and will always have an ending scene that teases the lead of the next main character. I’ll talk briefly about each short.

The first one I already went over. It’s one of the weaker ones in the collection but is fun enough. It’s always nice to see the kids have a happy ending especially when they’ve clearly been through a lot already. The second one is about Bea who is training for her next fight. She actually spars with her Pokemon which is pretty impressive. Unfortunately she gets stuck in a cave in, but this helps her remember that her strength is with her friends as a team and not by doing everything on her own. We get a little action here which is always pretty neat so this was a solid followup.

Then we have one about Hop who is admiring how great Leon is as per usual. His Wooloo feels bad about this and runs away though so now Hop has to find him. Sometimes it can be obvious that the main character is in the wrong but this time I think Wooloo was making a mountain out of a molehill. It showed that Hop was as close to Wooloo as ever though by having him chase after his friend. This was one of the shorts going for a more emotional angle and it worked well. Hop may have been one of the least impressive rivals in Pokemon but it doesn’t take away from him being a pretty good guy in general.

The 4th short is about Nessa as she tries to balance her career of being a model and a gym leader. People say that it can’t be done and she will have to choose one. Ultimately she chooses to keep going in both fields and will prove her doubters wrong. It’s part of why she is one of the better gym leaders as it takes a lot of drive to maintain two careers at once like this. I was glad she didn’t choose to sacrifice any of them.

Next one’s a slice of life short about Oleana as she tries to deal with Chairman Rose’s rather impromptu ideas. He tends to vanish or get sidetracked very easily. It’s clear that she’s got a tough job on her shoulders. Another good special but a lot more low key compared to most of the others. Then we have the short with Allister which is the weakest short in the series. Still not saying it’s bad or anything but the gym leader’s personality doesn’t work for me. The character doesn’t really talk and the kids don’t have enough snappy dialogue to really make the atmosphere work. It’s hard to hold your own episode after all.

Finally, we end with the kid finally getting to meet Leon. Leon helps him realize that his dream to simply meet Leon wasn’t what he was actually meant to do. The kid really wants to go out there and beat Leon and so the champion gives him a little hope that he can pull this off someday. It’s a fun way to end and while the gym leaders seem to not understand Leon (Some going as far as to say he was holding back or not taking the fight seriously) at least they all understand his strength. I like the idea of an unbeatable champion like Leon because it makes the fight with him feel all the more grand.

So those are the 7 specials. Due to the length of the specials the summaries of each special pretty much tell the whole story but I tried to keep them brief. The series is so short that you should really go ahead and check them out. Especially since it’s only 7 episodes in total. They’re all fun and it’s a nice, calm series to check out. The animation style is going for the washed out look which isn’t exactly my favorite but I think they were going for a look to try and resemble the games a bit more than the anime. Something like Generations is going a lot more traditional with vibrant colors but since this one is going for that somber atmosphere perhaps they thought it would be a little distracting. The brief fight scenes we get still look good though with a lot of shockwave effects to show the scale of the attacks.

This is more about the stories than the visuals or soundtrack though so it makes sense that this would be the focus. I can’t really recall any particular big themes either but we had no long fights that would have taken advantage of them anyway. Twilight Wings thrives on the fact that it makes no real mistakes. After watching each episode you’ll be satisfied with what you saw and can easily binge the rest of it or do one episode at a time. Hopefully we get more Pokemon web series like this in the future. I think these bite sized portions are always a good idea for any series. They help to expand the franchise and give each character more development. They could also work as brief character moments in a future game. Imagine the next Pokemon game having 5-7 minute cutscenes that play out showing a character’s origin. I think it would work rather well. 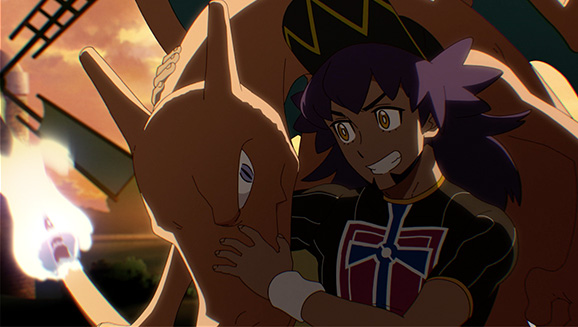 Overall, Pokemon: Twilight Wings is a solid series. I would definitely recommend it whether you are a Pokemon fan or just a general viewer of media. You don’t have to be a fan to appreciate the themes it’s going for. At the end of the day it’s about showing that you make your own path and to keep going when things are getting tough. None of the characters in the series give up and it ultimately ends up benefiting each and every one of them. The payoff may not always be as great as literally becoming champion of the world but you can still get some personal victories in the meantime. Of course aside from more mini series I would still like to have either a bug budget anime version of Pokemon Ruby (Or Omega Ruby so we get Zinnia) or Pokemon Adventures. It’s time we get more media and it’s Pokemon so it would sell really well.