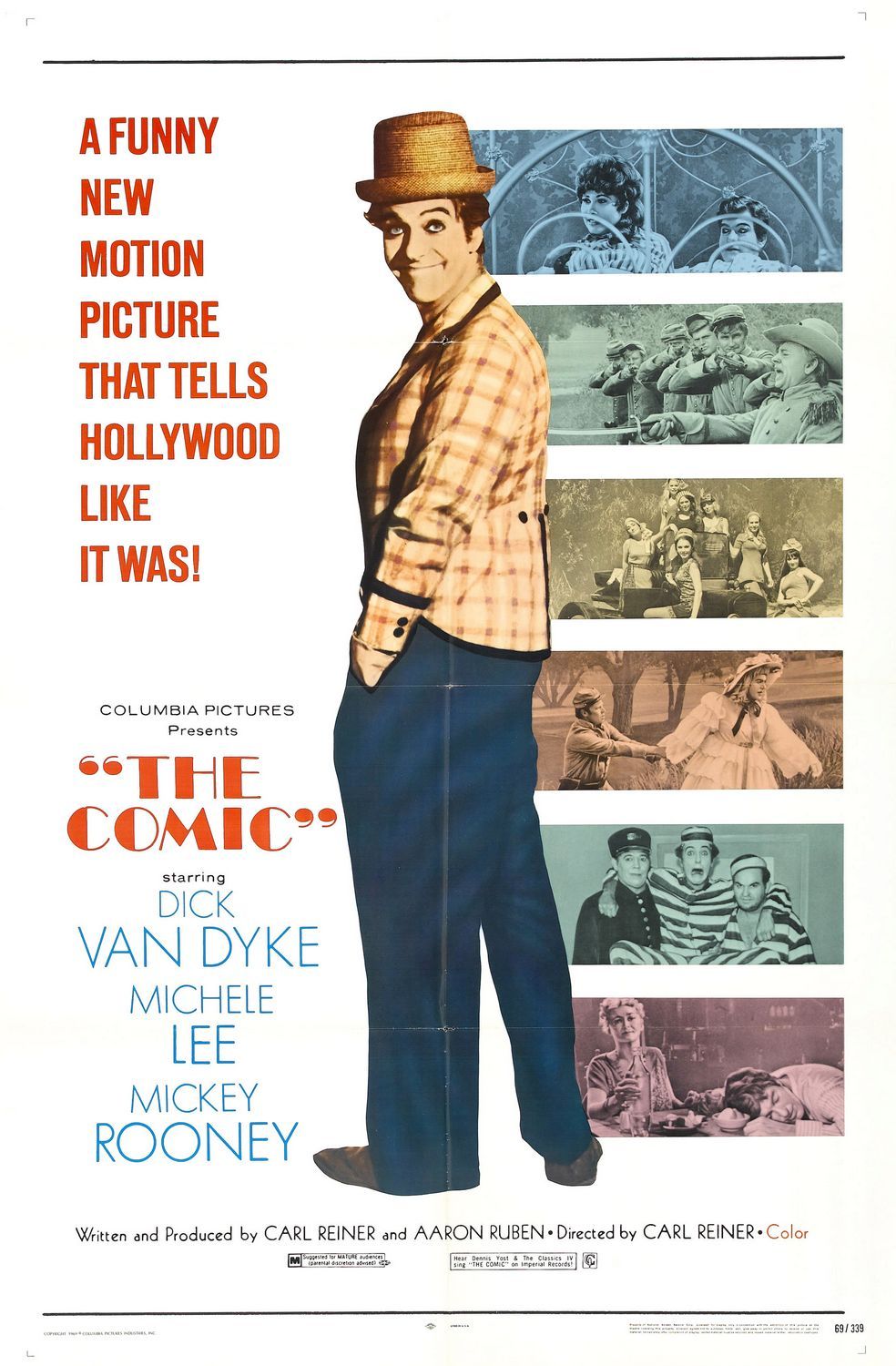 It’s time to look at an old film about an actor letting the fame go to his head and falling from grace. This seems to be a pretty popular sub genre to be honest as it happens quite a bit. This one plays out like you would expect although I dare say that Billy’s decline happens even quicker than usual this time. He almost immediately becomes corrupt and starts causing a bunch of chaos. He certainly wasn’t wasting any time. The film may hold your attention for a bit but it does drag on and the fact that there are no likable characters doesn’t help either. It ends up being a bit of a miss as a result.

The movie starts with Billy getting a role as an extra in a film. He decides to take it over though and the execs actually like this so he quickly becomes a star. This leads him to get Mary as his wife from the director but then Billy cheats on her with a bunch of other people. Throughout his career he is shown to have no real self control and even swings at his friends. Mix this in with the fact that he doesn’t like movies which have sound and he has really limited his own options. There just isn’t much left for him by the end and the film starts off with his death so you know that’s going to happen. The real question is how long the film will drag out his demise.

It’s hard to tell what’s sadder here, the fact that you see Billy’s life continuing to go down the tubes and that it’s all completely due to his own decisions, or the fact that he doesn’t even realize this. There’s no mistaking the fact that Billy is sabotaging himself here constantly. He really could have had a great and successful life but chose to throw it away over quick flights of fancy. Or in a more direct way, he chose to lose his morals and cheat on his loyal wife just for a moment of pleasure. He deserves what he gets and that’s part of what also hurts the film.

It’s really hard to follow the adventures of a character who is simply this unlikable. Billy’s just not a good guy, that part is clear as day. He keeps on deflecting this throughout the film but since we know better as the viewer it doesn’t work. I wouldn’t even say it works as comedy because it’s more tragic than anything. The best scenes are probably the old black and white bits about him in his early roles. It’s not really my kind of film to the extent that I feel like I’d be a little bored watching them. I enjoy slapstick personally but I need to hear something. These kinds of films only work with sound if you ask me and a silent film just doesn’t have enough going on in it. The film shows us quite a few of them to eat up screen time though.

Aside from Billy I guess the biggest characters would be Mary and Martin. Mary’s not really a great character either though. None of this excuses Billy cheating on her later. We also don’t want to forget the fact that Mary was cheating with Billy while she was still with the director though. It’s part of why she should have sen this coming. If someone is willing to be a homewrecker with one person, what’s to say he or she won’t just keep on doing it with the next person? The only way a relationship can be established is with trust so if you’re building the whole foundation on a lie then that’s just not going to work. you’re setting yourself up for failure right from the get go.

Finally we have Martin who is probably the only nice guy around. If anything you feel bad for him being stuck with Billy. Billy’s definitely not a nice friend but Martin sticks with him anyway. The film maybe went a little overboard with the special effects for his eye though. It’s an actual part of the film’s story but it doesn’t make it easy for his screen time either. There are other supporting characters here and there like Billy’s son but they don’t do a whole lot. I don’t even think the son had much of a purpose appearing near the end either. I suppose it shows that he got to be a decent guy while Billy is up to his old tricks but wasn’t really needed.

The film really just needed one thing to turn it around, have Billy not be such a bad person. There are a lot of ways they could have still made things not work out for him while keeping him sympathetic. One would have been to play up the fact that he doesn’t like films with sound without making him a cheater. He would keep turning down roles so eventually what would happen is Mary leaves since he isn’t earning any money and the whole industry turns on him. It would portray him as a very selfish guy but one who is at least obeying some kind of internal rules. You could at least buy into it a bit as actors naturally have a lot of pride since it helps them perform well and focus. It would have been a great improvement if you ask me.

Overall, the film goes a little overboard with the main character being unlikable. It’s near impossible to get past cheating as that’ll wreck any character and the film can just be a bit mean spirited. There’s not a whole lot of fun to be had here as for every joke scene you’ll get something tragic. If anything the film would have probably worked better if the whole thing took place after Billy died. You could have him giving commentary the whole time while the characters are running around. I dare say that this would have worked a whole lot better. If you’re up for another film about an actor’s decline then I guess this is a fair bet to check out but otherwise I’d recommend something with a little more energy.