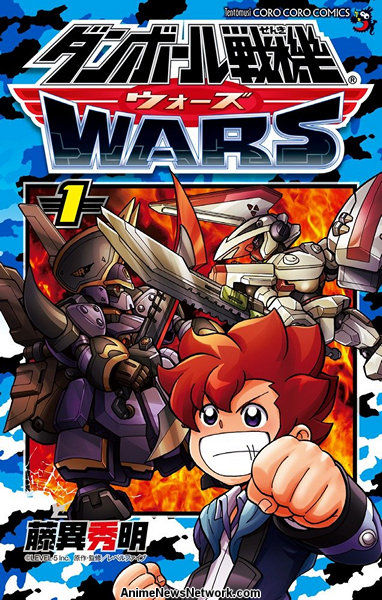 It’s time to look at the manga adaption to the Wars series. It’s a pretty short one which makes for a pretty easy review. While you can tell that this is one of those adaptions that’s more of a tie-in than anything it still has a good story and I thought the art did step up whenever a fight scene would occur. It’s not exactly going for top tier, but I’d still say it’s pretty solid and that’s how I would describe the manga in general. It’s not something you may particularly remember but it doesn’t really do anything wrong either.

The manga starts with Sena finally making it into the elite LBX school. Now he can finally play the game as much as he wants and it even counts as part of the curriculum. The battles are for teams of 3 so he is paired with a former 1 on 1 champ named Hikaru and a strategist named Haruki. Together the 3 of them will do their best to win the big tournament and become the best in all of the land. To do this they will need to get past the legendary fighter known as Muraku. That guy is known for being pretty much impossible to stop in a fight due to the fact that he can beat most opponents in a single instant before they have a chance to react. Hopefully Sena knows what he is getting into.

Sena is your standard protagonist. He loves to eat and fight. Sena also believes that you can become friends with just about anyone just by having a friendly battle. He certainly isn’t afraid of Muraku and why should he be? Sena came here to fight and naturally that means he wants to go up against the strongest fighters that this school has to offer. His confidence also isn’t without justification as the guy does manage to win most of his fights. The only part about Sena that can be a bit much is in the climax when one guy’s trying to explain how he grew up in a war zone and had to fight to survive. Sena barely seems to care and just points out that they’re friends now.

In general the climax felt a bit rushed. You throw in the big antagonist in the form of Kouji who hints at a greater plot but there’s no time to really go into any of this. The show had time because of how long it is, but in this series almost the entire thing is the tournament. We get a quick fight near the end but that’s about it. At that point it’s all over so Sena just has to beat this guy and keep it moving. I like the concept of how he handles it though. All of the characters pool their resources together and create an ultimate LBX of sorts. If you’re going to win against a strong opponent like that then this is definitely the most logical way to do so. I just would have liked for this plot to have been a little longer but Kouji was a solid villain. 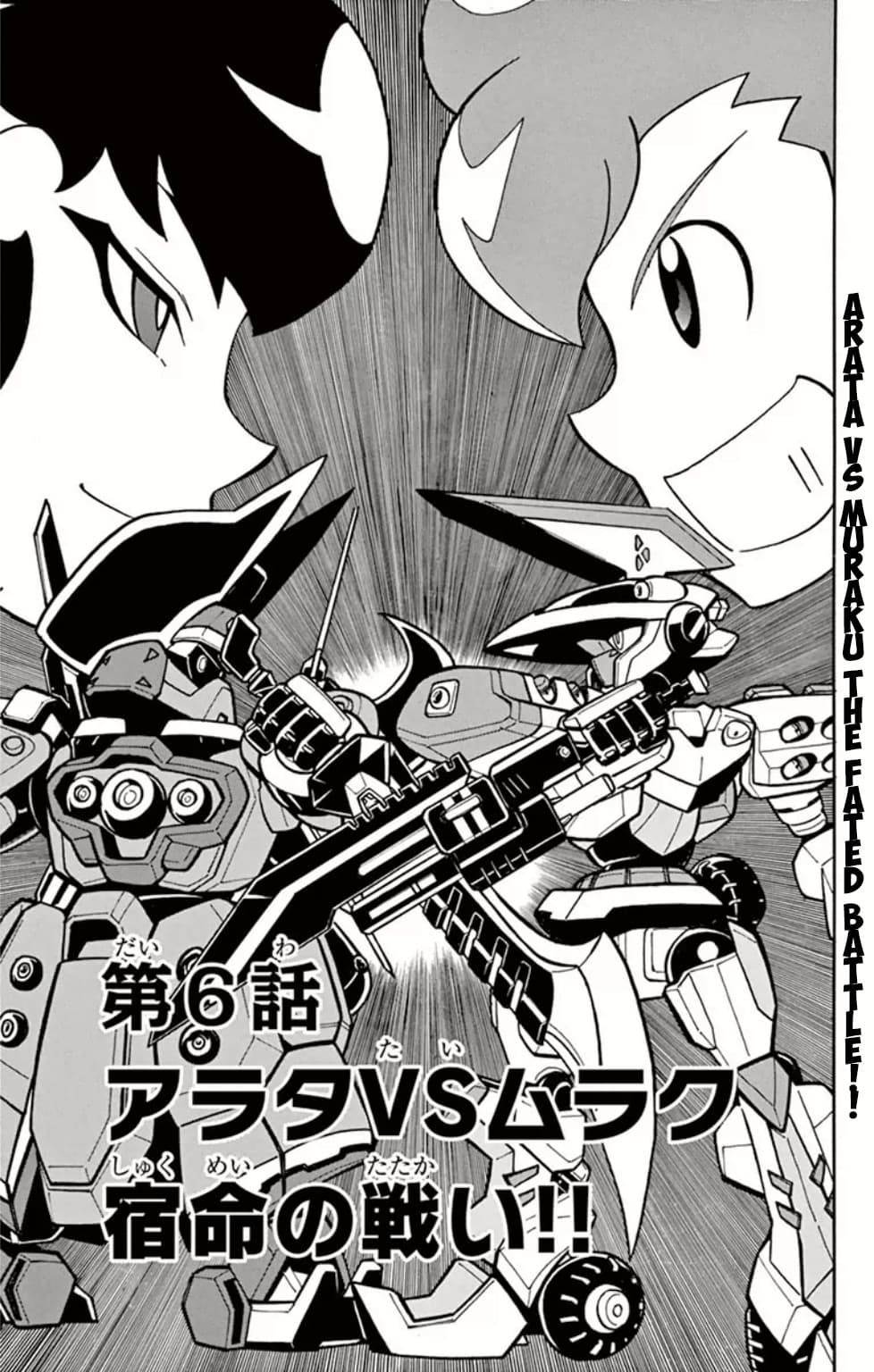 As for Sena’s partners, they don’t get to do a lot. Haruki never did much in the show either so it’s not too surprising. He’s not bad, but definitely comes across as super nervous next to someone as brave as Sena. The guy is never ready to just jump in and try his best. It’s why he ends up staying behind the others. Then you have Hikaru who is an LBX expert. I remember being really disappointed with this guy in the show because a big deal is made about his strength during his intro and then that vanishes completely. The guy doesn’t get to do much of anything so…..he shouldn’t have had any hype. It’s hard to believe this guy was the champion of anything and in the manga he really gets nothing to do so that doesn’t help matters.

Muraku is still pretty cool here though. He’s definitely a very solid rival and one who pushes Sena to the brink. He reminds me of Chaud and Protoman. This guy’s a classic rival and he has the confidence down. At the same time, he’s not super antagonistic or anything like that. The guy still enjoys a good fight and if anything is glad that Sena is around. It gets lonely at the top. It would have been nice if he could have gotten a rematch against Kouji since their first scuffle had a cheap shot involved. Still, Muraku makes his presence known.

Then you have the other rival Gendou and you may feel bad for him. The guy is actually incredibly strong but ultimately just gets held back because his partners are so weak. The manga even addresses this with Sena surprisingly targeting them. It’s a very effective strategy in combat of course but it’s not something you typically see the main character do. If this guy had solid partners then I dare say that the main characters would have been doomed. Gendou is definitely a good sport about all of this though so I’ll give him props for that. I always appreciate it when a character can take a loss since that’s pretty important.

As I mentioned, the art isn’t anything particularly impressive but during the action scenes I feel like a real effort was made. The LBX designs are solid and you do feel a good amount of weight behind each of the swings. It’s definitely important to have that in a fighting manga so this title delivers. The series may be short but that’s why it’s good that we kept the character roster small. You’ll remember the characters more than in some other titles even if it naturally isn’t as impactful as the main title.

Part of the issue when it comes to stakes is that this adaption basically ended while the series was still in pre arc. It would have been a lot of fun to have seen the series keep going and adapt a lot of the bigger fights that were coming up. Of course, here the power creep happened a whole lot quicker than in the show so it’s hard to see how the supporting characters would have been able to do much of anything. They’d definitely need new LBX machines at their disposal and very quickly if they would want to remain relevant in the battles. There are a lot of ways to write around that though.

Also, the series ends with Kouji possibly having some valid points. At the end of the day he still comes across as a villain because he is so he undermines the points themselves. Still, if apparently LBX are being used for war outside this facility then maybe the kids should be doing something about it. In the show this actually does become a main focus so the manga was certainly heading in that direction. This works great as a preview to the show itself. Sort of something to get you interested and then have you check out the full anime. If anything you can skip the first few episodes and start near the end of this one if you want to directly continue although the reason you should start near the end is because the manga does diverge a bit. 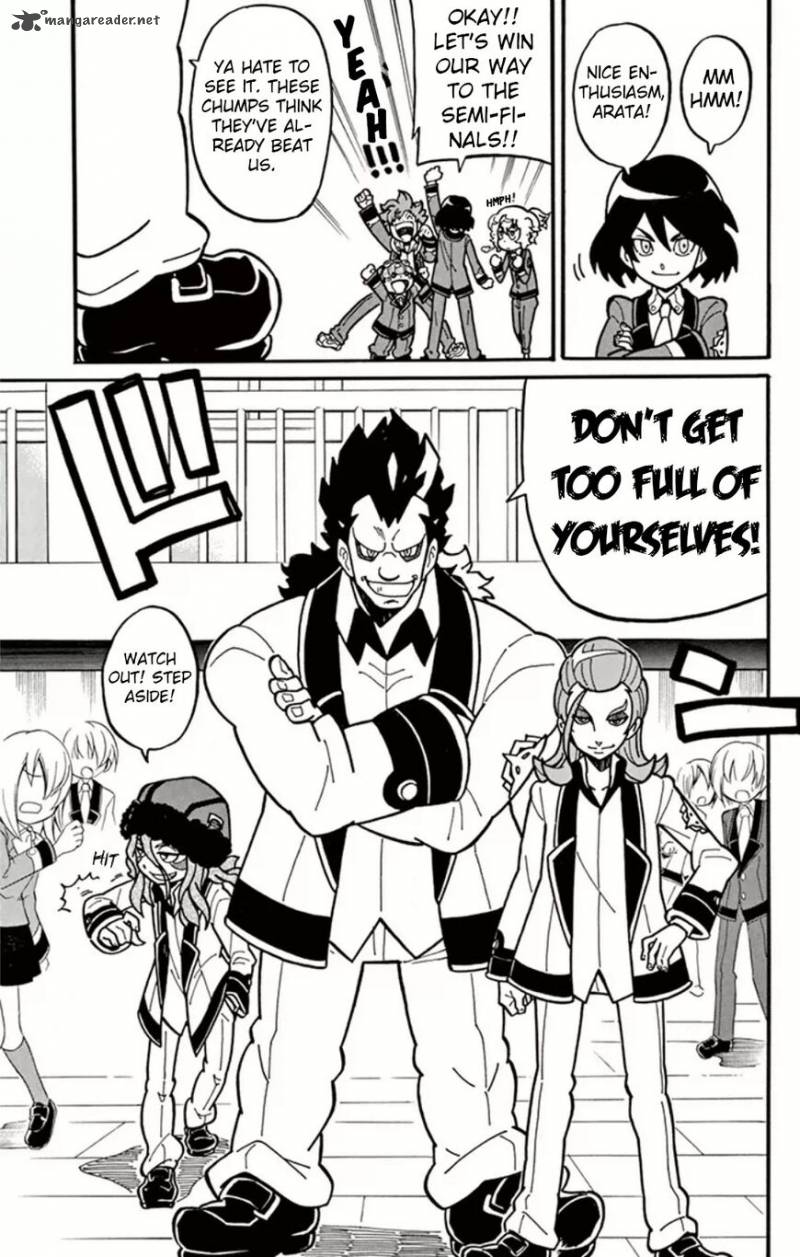 Overall, Danball Senki Wars is a solid title. I do think everything should get a quick manga tie-in so even if it’s short it’s always nice to see this one. How I see it, a franchise should expand as much as it can. It may not get a ton of fans but as long as you get some then it’s a win. If you like action titles or Megaman in general then this is a good one to check out. It’s really quick so you’ll finish it in a flash but that doesn’t take away from the quality here. We get quite a few battles since the series goes full blast into them. The fights all have some strategy to them and as I mentioned, they’re drawn pretty well. I look forward to getting more manga for Danball Senki in the future. It’s a series that really shouldn’t end because there’s so much more you can do with it.