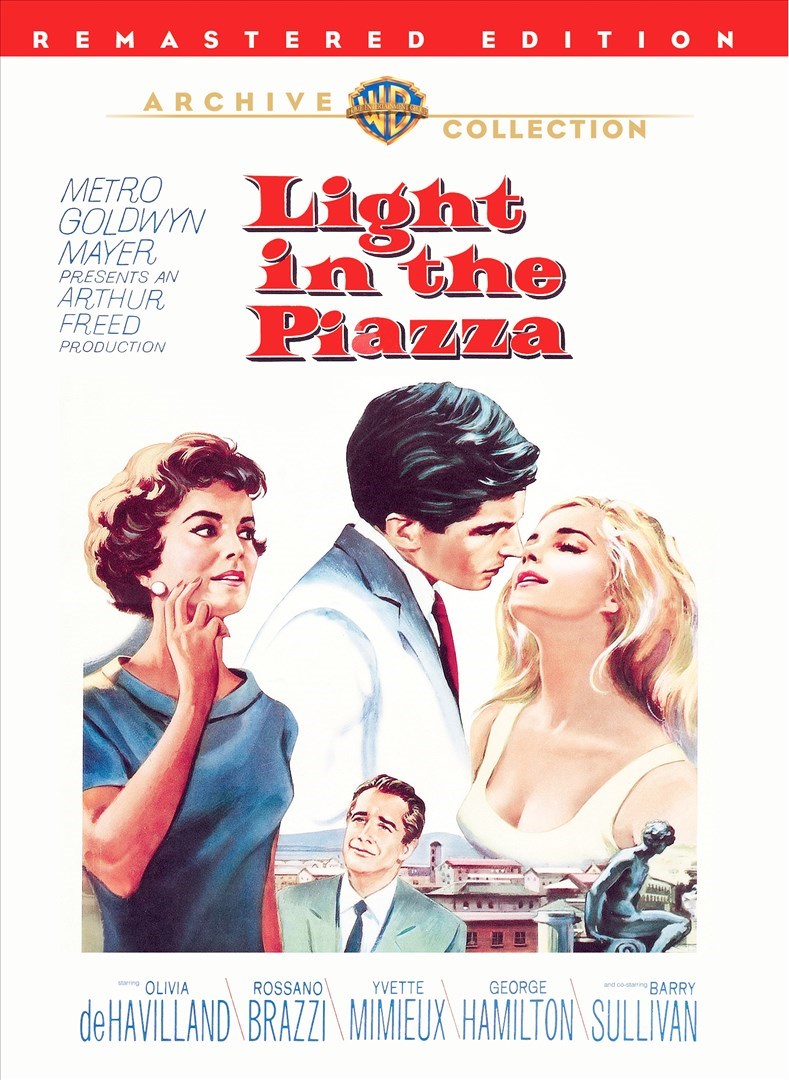 It’s time to look at a romance film from a long time ago. We get to spend most of it in Italy so it’s always fun to have another location at the ready. It’s definitely a very busy area with a lot of people running around throughout the film. The heroines even come close to getting hit by a car near the beginning of the film. I wouldn’t say it’s all that good, but the film has some unique twists. Ultimately it’s just hard to get behind the romance plots here and Meg has one scene near the end that is very suspect.

The film starts with Meg and Clara enjoying the sights in Italy. Clara ends up dropping her hat but fortunately a nice young man by the name of Fabrizio shows up to snatch it. He has some fun running with the hat before finally giving it back to Clara. He instantly confesses to being deeply in love with Clara but Meg tries to break this off right away. See, Clara effectively has the mental abilities of a child so she always speaks her mind instantly and throws tantrums. She also falls in love quite easily and ultimately has gotten rejected quite a few times once they find out. This is what happened even in the latest relationship before this one which is why they went to Italy. So, Clara is always rebounding with someone and that makes you doubt how serious the relationship itself is.

With this in mind Meg just wants to avert another disaster but Fabrizio is far too cunning. He is fairly wealthy so he pays everyone off so they say where the main characters are at all times. It’s pretty impressive in some respects since this was before the age of cell phones. That means the guy had to do a whole lot of legwork to keep up with them. He’s determined to be sure but can’t really take no for an answer. He works well for a movie but I don’t see this approach working out too well nowadays otherwise. At least he never doubts his love for Clara so even if it started out as purely superficial (Love at first sight can be nothing else as you know nothing about the person at the time) it’s fair to say that it was genuine shortly after. The language gap if anything was actually a good thing since it helped them connect. The film is consistent in portraying Fabrizio as a nice guy.

Now, Meg could have quickly just laid the cards out on the table and see if he still feels the same way. Ultimately she just isn’t able to work up the courage to do so. She bonds fairly well with Fabrizio’s father Signor although that guy is less reasonable. He gives us the worst scene in the film where he convinces Meg to briefly cheat with him and would have gone further if she hadn’t declined. Definitely not a classy guy in the slightest since he is supposed to be married as well. Why couldn’t this guy have stayed classy? He was handling himself rather well for most of the film but definitely messed up the landing there. The whole ID fiasco was also sketchy.

It’s effectively the film trying to throw a quick red herring into the mix. Now if this is a big cultural thing then I guess it could work, but I don’t buy Signor forgetting Fabrizio’s age. I figured there would be a twist about that but the film never really goes into it. When it comes to age, so long as both parties are over 18 a few years isn’t a big deal. I think you definitely can’t go over 10 though or at least I don’t see it going well. Ideally you should be within 2-3 years of each other but I don’t think a few more make much of a difference either. Eventually it becomes a bit relative. Signor seemed more interested in the money by the end though as he perks up when Meg lies about their giving them a bigger gift from the father.

The way the film ends, Fabrizio and his family don’t know much of anything yet. They’ll have to deal with the consequences of the money and Clara’s status at a later date. Perhaps they will never find out as Meg suspects since their days are mostly spent sitting and gossiping but the money will have to be addressed. I wouldn’t be surprised if Noel would just give it though. Now that he won’t have to pay for the school either way he will have extra money on hand so perhaps it won’t really matter. Either way Signor was definitely no good and as I recall his character he would have to be the worst one in the film.

The film’s writing isn’t bad. Again, I can’t buy into the romance because it all feels like a lot of rebounds but in general it is hard to write romances. You tend to see more misses than hits in that field. Otherwise it’s a fun enough script and it’s also interesting seeing the process of learning Italian. I find it to be a little difficult since I’m already a little familiar with Spanish so it just gets confusing with the slight changes. I’m sure if you learned it first then it would be a lot easier or for some it may be easier to learn it after since a lot of it would be the same.

As for Clara herself, she’s an ok character. She can definitely be pretty unreasonable at times like not wanting to listen to any worries about Fabrizio and getting a bit obsessive at times. She definitely put him as the top priority even though they just met which isn’t a good move. Romance shouldn’t be at your top of the list of priorities. It ends up wrecking her day more often than not since she can’t really enjoy any of the other activities on the trip. They all seemed pretty fun too like hanging out as fancy restaurants and visiting the landmarks.

Overall, Light in the Piazza is definitely one of those stories about how love triumphs over all. At the end of the day Fabrizio’s persistence was definitely rewarded. He never gave up and did everything he could in order to win over Clara’s heart. In truth he won it over very quickly and Meg was the only real obstacle in his path. It does show that you have to be careful since everyone can be bought though. Even the hotel manager wasn’t safe as he called right when they left the place. So, next time someone nonchalantly asks where you’re going you may want to think twice before giving out that information.