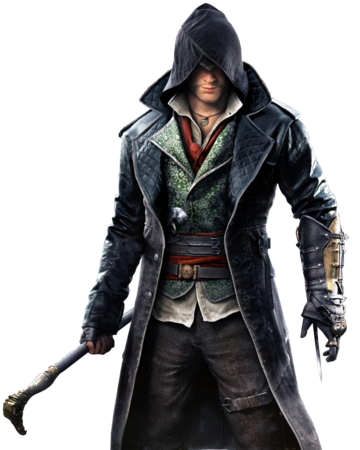 Suggested by Anonymous Jacob is another character from the Assassin’s Creed games who is here to challenge Hellboy. Ultimately he will fall just like the rest though. Free running and being able to fight in close quarters like other characters just isn’t enough to take on a demon like this. Hellboy has fought with many demons and monsters in the past and ultimately came out alive. It would be difficult for Jacob to do the same. He may be able to dodge the fire blasts for a little while but he will tire eventually and then go down against Hellboy’s raw power. Hellboy wins.

2 thoughts on “Jacob Frye vs Hellboy”