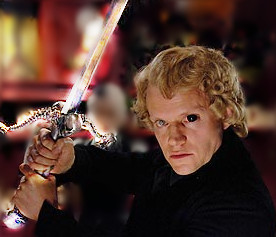 Suggested by iKnowledge It’s time to look at a battle of crazy fighters. Joker has a ton of gadgets at his disposal and has been around for ages. Despite that he surprisingly hasn’t gotten many big powers ups. He’s got Emperor Joker I suppose. Meanwhile Jonathan’s pretty good at hitting only what he wants to hit. It’s an interesting power but one he won’t need to use much here since he’s just gunning to win. His speed isn’t bad and it’s his best chance at victory here, but ultimately I don’t believe his stats are quite good enough to win. Joker just has too many gizmos on his side to slow Jonathan down and allow him to claim victory. Joker wins.

2 thoughts on “Jonathan Teatime vs Joker”