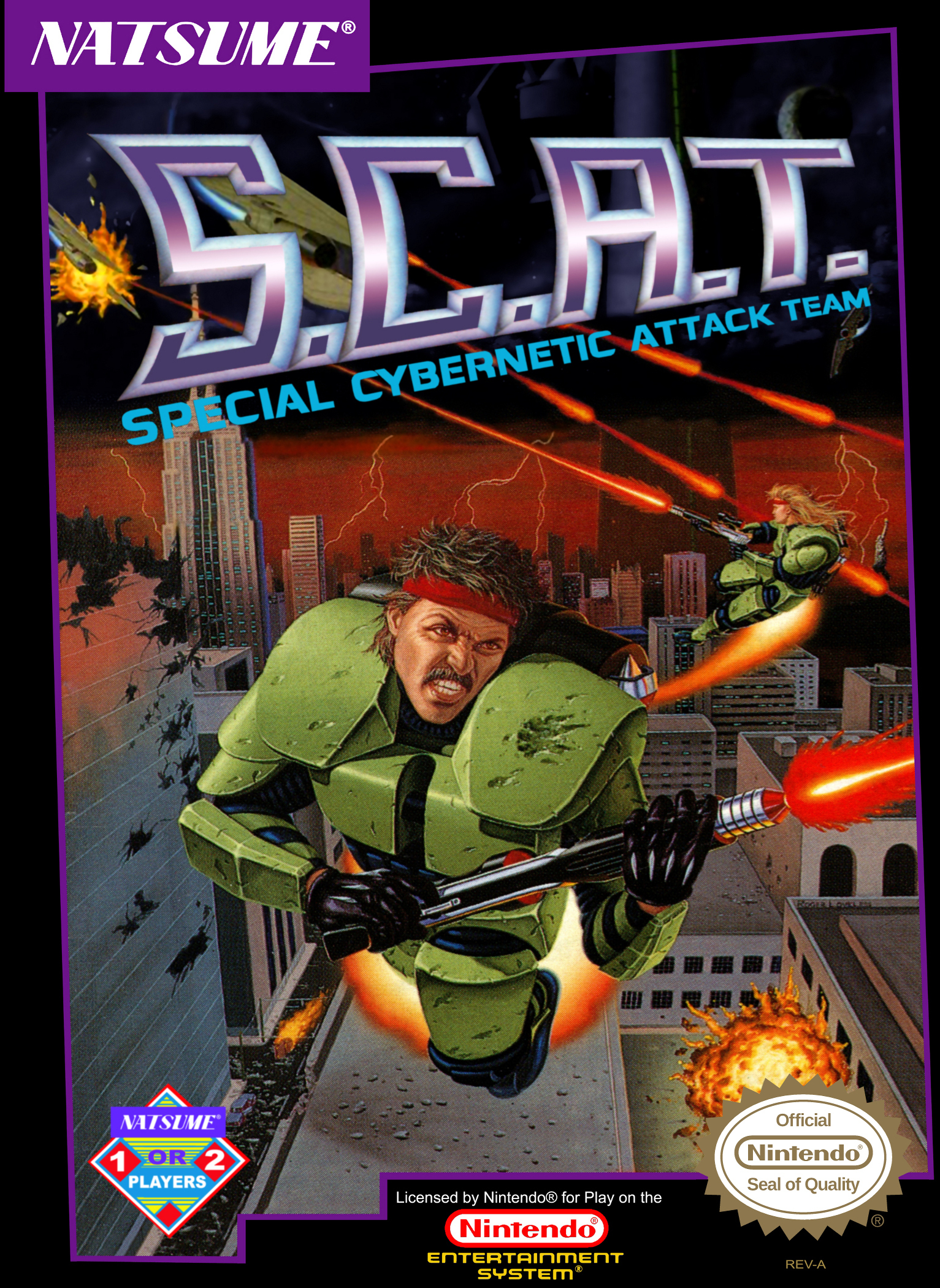 Now it’s time to look at the final NES game from the new batch of installments. This one has a pretty cool sounding name. It’s always a little hard to play a SNES game and then go back to NES right after but this one holds its own. There is a bit of a plot which is always nice although good luck remembering it. The gameplay is fairly unique for its time and so when you add all of this together you’ve got yourself a pretty solid experience. I enjoyed the game. It’s definitely quite difficult so you really have to make sure to hone your skills or prepare to rewind quite a lot.

The gameplay is that of a 2D shooter. You are always flying so the idea is to move around a lot so you don’t get tagged by the villains. You can move in any direction but the screen is always scrolling to the right so you want to make sure that you stay in range and ready. If you hang around the edge of the screen too long you may find yourself in a bit of a jam. Your weapon is constantly changing during the game as well. You have a normal blaster, rockets, wave blast, etc. Enemies you fight will drop the various power ups. Due to this, you may not always want to grab the next weapon. Some are clearly better than others if you ask me. For example, I consider the laser to be one of the worst ones. The range is just way too small so no matter how much damage it does you feel like you could do better. That’s why I like the bomb which has a nice explosion or the wave blast. Both of those really put you in a good position to win and at the end of the day that’s really what you’re gunning for right?

There are around 10 levels or so I’d say. Each one has a ton of enemies to get through and then a big boss at the end. You definitely don’t want to underestimate the bosses. Those guys can really fight and it takes a lot of blasts to bring them down. One of the toughest parts is trying to land your hits while they’re throwing out all kinds of attacks. You have to take the hits that you can and then retreat. Rinse and repeat and eventually you’ll have them down. The rewind feature will end up being crucial here though. Without it it’s just very difficult to stay on top of all this.

The graphics are pretty nice. I feel like they’ve aged better than some of the other NES titles I’ve been playing through. It does capture that sci-fi feeling pretty well I’d say. As for the soundtrack, it’s definitely high energy which is good. All in all this game was developed well and the amount of effort here was solid. The game itself is fairly short but that’s to be expected. There isn’t really any replay value here so it’s all just about how much you enjoy the initial playthrough. It’s free if you have the Nintendo Switch Online so you can’t really go wrong there.

There’s not a whole lot more to say about this game just due to how direct it is by nature. It’s very simple to explain and play through. The gameplay is very smooth. I guess one thing I’d say is even if you are avoiding the power ups so you keep your favorite weapon, make sure you pick up any items with an R on them. Those are recovery items which give you some much needed health. Your health goes down real quick here so you really want to grab any extra bits that you can.

Overall, S.C.A.T. is a pretty fun title. I’m not going to say it’s great or anything but I had a good time playing it. It’s the kind of game that doesn’t do anything wrong. I wouldn’t say it’s particularly strong in any area so it’s not as high as it could be but I’d still recommend checking it out. Just remember your fundamentals and you should be able to get through these levels. Now I have to eagerly await the next round of games for Nintendo to add to the service. Hopefully the gap isn’t quite as long this time.