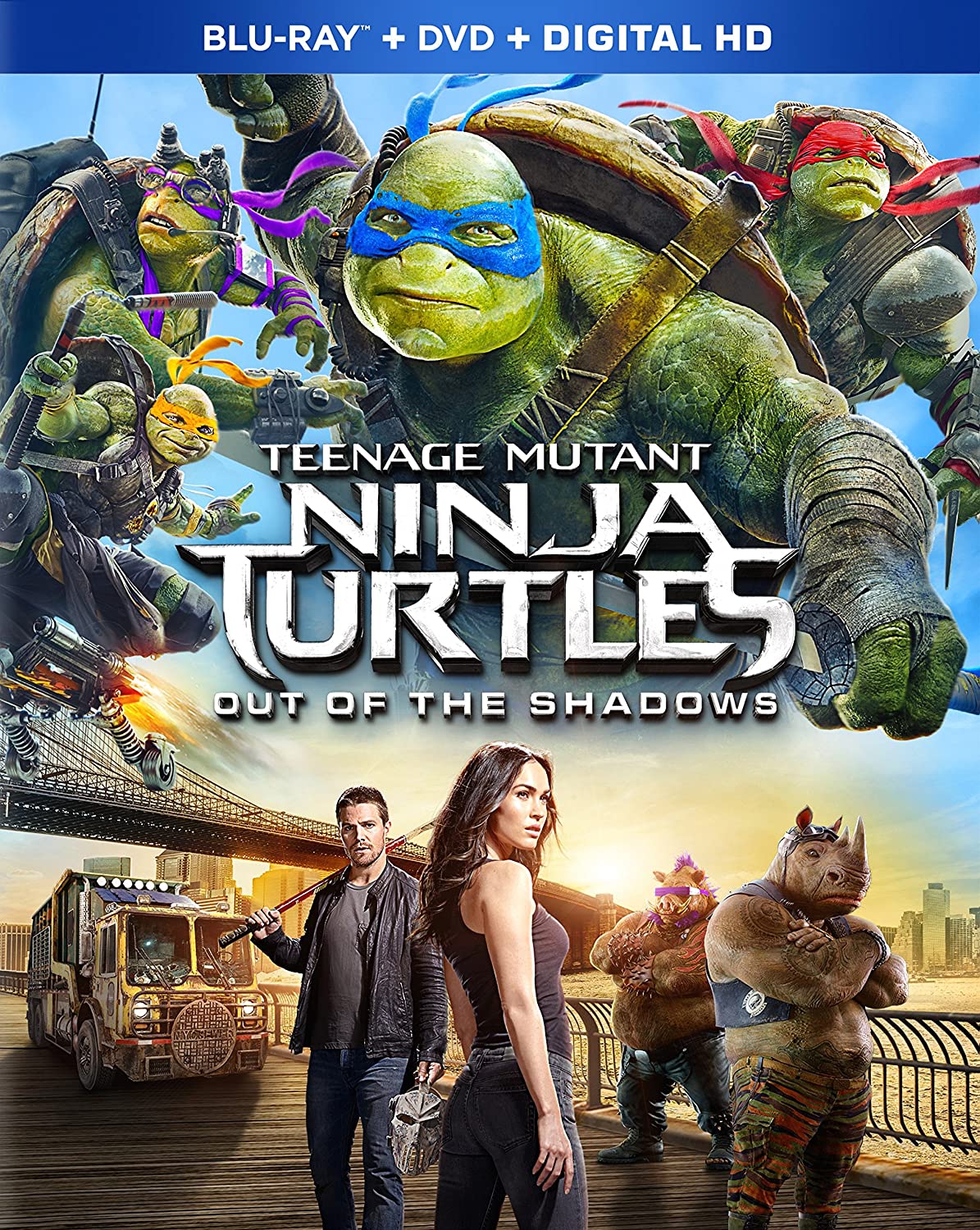 It’s certainly been a while since this film came out but it was finally time to give it a whirl. The first film definitely left quite a bit to be desired. I still believe that the designs for the Turtles were a big mistake and it’s a big part of why the films did not do so well. They just don’t look like the Ninja Turtles and that doesn’t change here. What does though is that we get better characters here. The inclusion of Casey was huge and definitely an excellent move if you ask me.

The movie starts with the Turtles sneaking in to watch a Knicks game. I can only assume that they were watching another team beat the brakes off of them the way every team seems to. It’s hard to remember the last time the Knicks were very good. Well, after blowing their cover they head home. The Turtles find out that Shredder has been busted out of jail and has some kind of big plan involving mutating people into powerful soldiers. You can also reverse the formula to turn the Turtles back into humans which has Donatello’s interest piqued. If such a thing is possible then the team may need to consider it. Meanwhile Casey needs to prove that he isn’t making the story about Shredder being broken out of jail up so he has to catch Bebop and Rocksteady. It won’t be easy though because those two are now a lot more powerful than they once were.

So I would say this film does enough where I would call it a pretty entertaining action film. I wouldn’t say it does anything amazing or stands out in particular but I just have to give it a certain amount of kudos. For example, as I mentioned Casey is an excellent character. The guy keeps everyone on notice all the time which is exactly what I want to see. He’s quite earnest even if he doesn’t realize when other characters are being sarcastic to him. He’s also surprisingly good at fighting. I think one of his standout scenes was when he took down a bunch of Foot Clan members. Not just anyone can do that or at least in theory people can’t just do that. So that was pretty neat. In fact, he was my favorite character in the film.

Falcon shows up as well and he’s quite famous now after the events of the first film. Thing is, I have to say that he earned it. By taking credit for what happened last time he is putting himself as a target for all the villains out there so you can’t say that the task came without risk. That’s pretty big and when the going gets tough he still does do his best and helps out the group despite it putting him at risk. I just don’t see how you can root against this guy. He’s dependable and has a lot of confidence but you absolutely need that confidence if you’re going to succeed in the dangerous world of TMNT.

The Turtles are still not great characters although I would say they’re a little better than in the first film aside from Leonardo. So in this film Leonardo is turning into one of those leaders who doesn’t care much for differing opinions. When he shuts down the idea of turning back into being a human he doesn’t give the other Turtles a chance to weigh in and even lies about it. He acts like he’s above the rest of the Turtles and this definitely isn’t earned. He gets them into a whole lot of trouble and I would say that everything after that scene was his fault in at least some way. If he had just been square with the others then none of this would have happened at all. It was an odd direction for his character to go.

At least he did something though. Splinter did nothing in the film and really had no point being here. I suppose the writer couldn’t think of anything for him to do? It’s just odd that he would only watch as the Turtles went out to fight each time and never tried to help. Maybe he’s just too old at this point or something like that. Not sure if I totally buy into that though. Then we’ve got April who’s the main heroine here. Her first scene definitely seems like it’s here for no reason other than fanservice but other than that she looks good and is a dependable ally. She digs up a lot of the initial information on the villains to keep things rolling and as a human she’s the only person who can handle some of the more direct missions. The Turtles can’t exactly go aboveground and be seen after all.

Rebecca is the Police Chief but she definitely didn’t look great. She’s just not a very reasonable character the whole time and is always getting in the way of the heroes. You’d think that she would at least have listened to the main characters a bit before just dismissing them all. It took Casey 5 seconds after reading the report on Bebop and Rocksteady to figure out where they were but she didn’t think to check it? Definitely a rookie mistake there that’s for sure.

As for the villains, fans of the Shredder will not be happy with his portrayal. He’s ultimately no more than a minion here and he never even gets a real fight scene. He’s just the side show here who follows orders. He also gets overwhelmed pretty quickly. Krang gets the true mastermind position here although he doesn’t appear a whole lot. He can definitely fight though which automatically helps make him seem pretty legit. Bebop and Rocksteady are mainly doing all the real work here. They have some crude humor moments that aren’t very good but also some solid humor scenes that actually can be effective. I think their best joke here was when one of them commented that he thought he was starting to put on weight so the other one started off pretty emotionally by saying it wasn’t true only to turn the tables and say that he was super fat.

The two of them have a really solid bond there which is always nice to see. It can be a bit rare among villains to have a pal after all. Another solid moment was when they said they were done being errand boys only for Shredder to show up and say that he specifically needed those. They were ready to graduate up to a different minion title but they were just too slow at the end which really cost them. I suppose at the end of the day it just wasn’t meant to be. One final villain is Baxter Stockman. He’s not nearly as fun as he was in the 2003 show but he does keep his intelligence here. He can be very excitable the whole time but also easily tricked as a result. The ending definitely doesn’t go the way he thought it would.

The effects are pretty solid aside from the Turtle designs. I still don’t know what they were thinking with those. The action scenes can be good as well although surprisingly there aren’t a whole lot of them. It feels like large chunks of the film go by without any. When we do get the action scenes though then the film does deliver. It’s definitely got that proper comedy/action blend going.

Overall, Out of the Shadows feels like a step up from the first film but it’s not quite at the level where it could be yet. For example there are many other films I would sooner check out over this one. This one definitely will have its time of course but after the initial watch there wouldn’t be much reason to check it out. If you’re a big TMNT fan then you should though. The scenes with Falcon and Casey would be the big reason to watch this film since they carry a lot of the scenes. Any scene with those two in it is bound to be a winner. I can’t exactly say the same for the Turtles though who don’t even come close to matching those two. Maybe they should rename it to Casey and the Turtles for next time. The humor can be hit or miss at times but at the end of the day this is a pretty lighthearted action film with quick pacing. At least you will not be bored while watching and I expect you will be reasonably entertained.