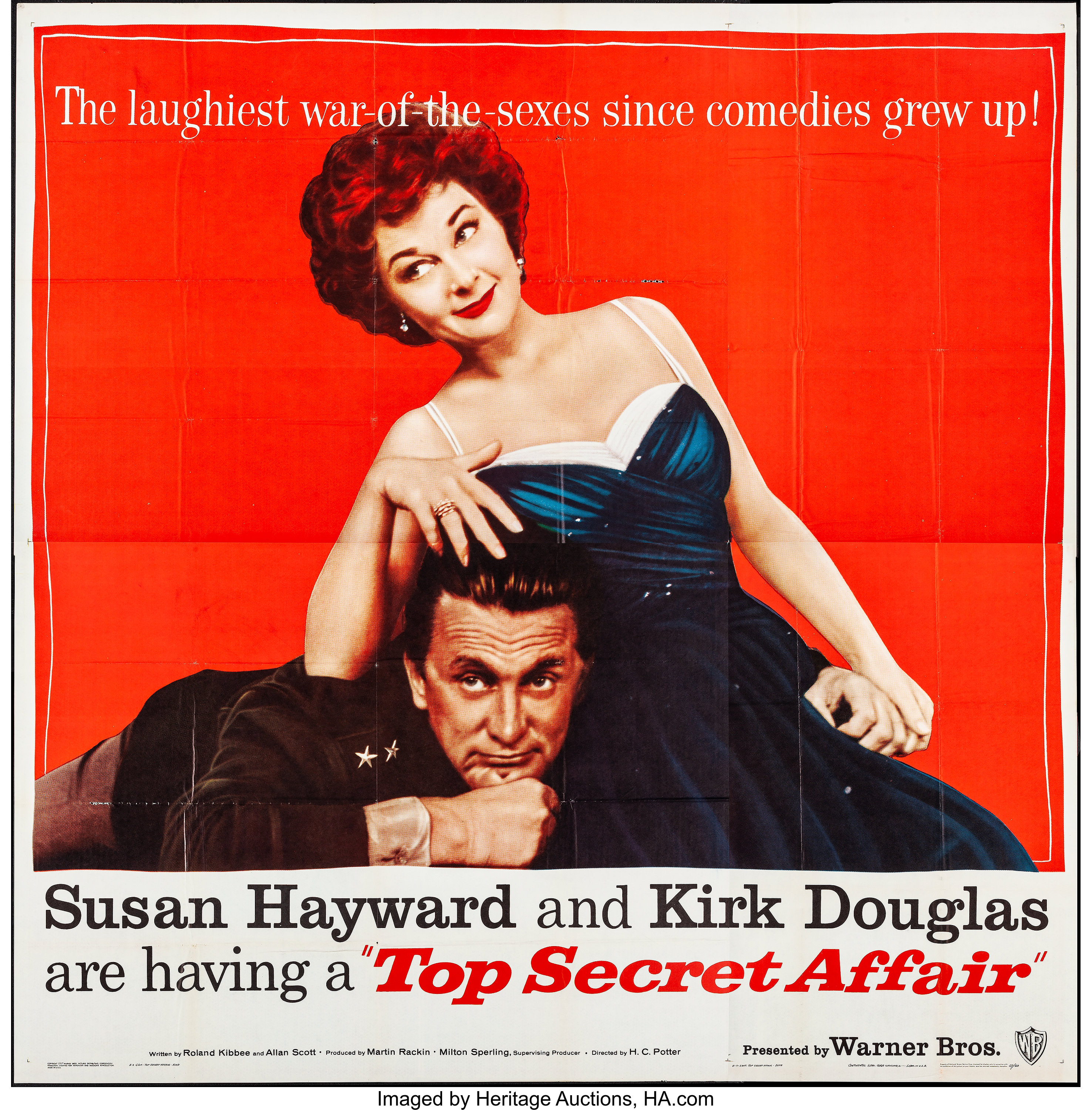 Time for one of those films that has everything going for it. It’s got a court case which is always fun to watch even if it feels like half the time the judge refuses to even let the accused speak. Of course that is pretty accurate based on the cases I’ve seen in life. Half the time they just want a chance to take as many shots at you as possible and you’re not allowed to talk back. Then you’ve also got some nice banter with the two main characters and I always like that kind of dynamic. Makes for a pretty entertaining set of dialogue moments and this film is a solid ride from start to finish.

The movie starts off by introducing us to Dorothy, a boss who you do not want to cross. She is furious that General Goodwin is getting the political appointment for the position she and her magazine had been trying to get for someone else. Her staff tells her it’s too late to do anything about it but she doesn’t think so. She is determined to dig up some bad press on this guy in order to make sure he loses the appointment. It’s a pretty intense way to get her revenge but once Dorothy has her mind set on something she accomplishes it. Dorothy invites Goodwin to stay over at her place under the pretext of assembling an article that will speak positively about the army. The Army orders Goodwin to stay at her place. Will he be able to navigate the minefields of questions?

General Goodwin is portrayed as a very intelligent guy. He’s certainly skilled and very qualified for the position he is about to undertake. He doesn’t fall for any of the dirty tricks that the magazine has in store for him. He’s able to break records on their balancing game and knows how to avoid the loaded questions. He even manages to outdrink Dorothy when she tries to get to him that way. Still, we wouldn’t have a film if he perfectly evaded everything right? Unfortunately he has one weakness, Dorothy. As cliche as it sounds, he ends up lowering his guard around her which is a fatal mistake.

It’s too bad because otherwise Goodwin had been doing really good. He didn’t fall for the interviews which you would figure is the toughest part and he even outlasted her in drinking. It just wasn’t enough in the end. This eventually leads to the court room case where Goodwin handles himself well. His only unfortunate scenes here are getting involved with Dorothy and then spilling the beans about old events. It’s just not a mistake he should have made. Regardless, this doesn’t keep him from being the best character in the movie. I already spoke about how much I enjoyed the banter between him and Dorothy.

In many ways that is what keeps the movie operating at a high note the whole time. It’s just a very smart movie with a lot of good lines throughout. While Dorothy is the villain she is also a compelling character and a pretty interesting one to follow. She may get a little overly emotional at the end but otherwise it’s easy to see why she is able to lead this company. She’s quite witty and also good at strategy. She’ll use any kind of tactic to succeed and I’m sure that most would have faltered almost instantly.

Then you’ve got the supporting characters. The main two are Phil and Gooch. Phil is the guy who works for Dorothy. He’s usually around making sarcastic comments or subtly trying to get in Dorothy’s way. He has slightly more of a conscience than she does but seems to just be entertained by following whatever scheme she has afoot. He also gets drunk pretty quickly as well. His best scene is definitely when Dorothy has decided to flee the country so he calls in the government right away. He may not be quite as smart as Dorothy, but Phil definitely has his moments and I just thought he was a lot of fun from start to finish.

Finally you’ve got Gooch who is here to look after Goodwin. His job is to make sure that the story which gets published is positive. Unfortunately for him it’s not like there’s a whole lot that he can actively do about this. At best he can give out advice and talk a good game. He means well though and is a good sidekick to have at your side. He may not be someone who can just take over but if you need someone to carry out orders then he’s your guy. The cast is pretty small as a whole but it’s a solid squad.

The ending of the movie is a little rushed though. We literally go from one character threatening to murder the other to both of them jumping in the car together a few seconds later. Of course the whole murder thing was more figuratively speaking but she didn’t seem to be on good terms with the guy. There was definitely a ton of emotional back and forth going on but the last scene still just didn’t make sense in context to me. I dunno, feels like it all just moved way too quickly there.

The court case was fun though. It was as one sided and bias as possible but it still made for a lot of good entertainment. I just like to see court room scenes and it’s probably why political thrillers tend to be a blast. Of course this film was also part comedy with a lot of fun moments mixed in as well. It’s just a great mix and that’s why it all works out so well. When you’ve got excellent dialogue and a good premise then you’re in business. Really the element that probably should have been cut out was the romance and then this would really be all set. =

Overall, I would recommend checking this movie out. The film’s just very well written and engaging all the way through. The pacing is on point so nothing ever drags. Goodwin makes for an excellent main character and you can’t help but like his confidence. The cat and mouse battles with him and Dorothy as they talk politely but trade insults through subtext is great. You just don’t see these kind of verbal battles nowadays. You don’t want to miss this classic.