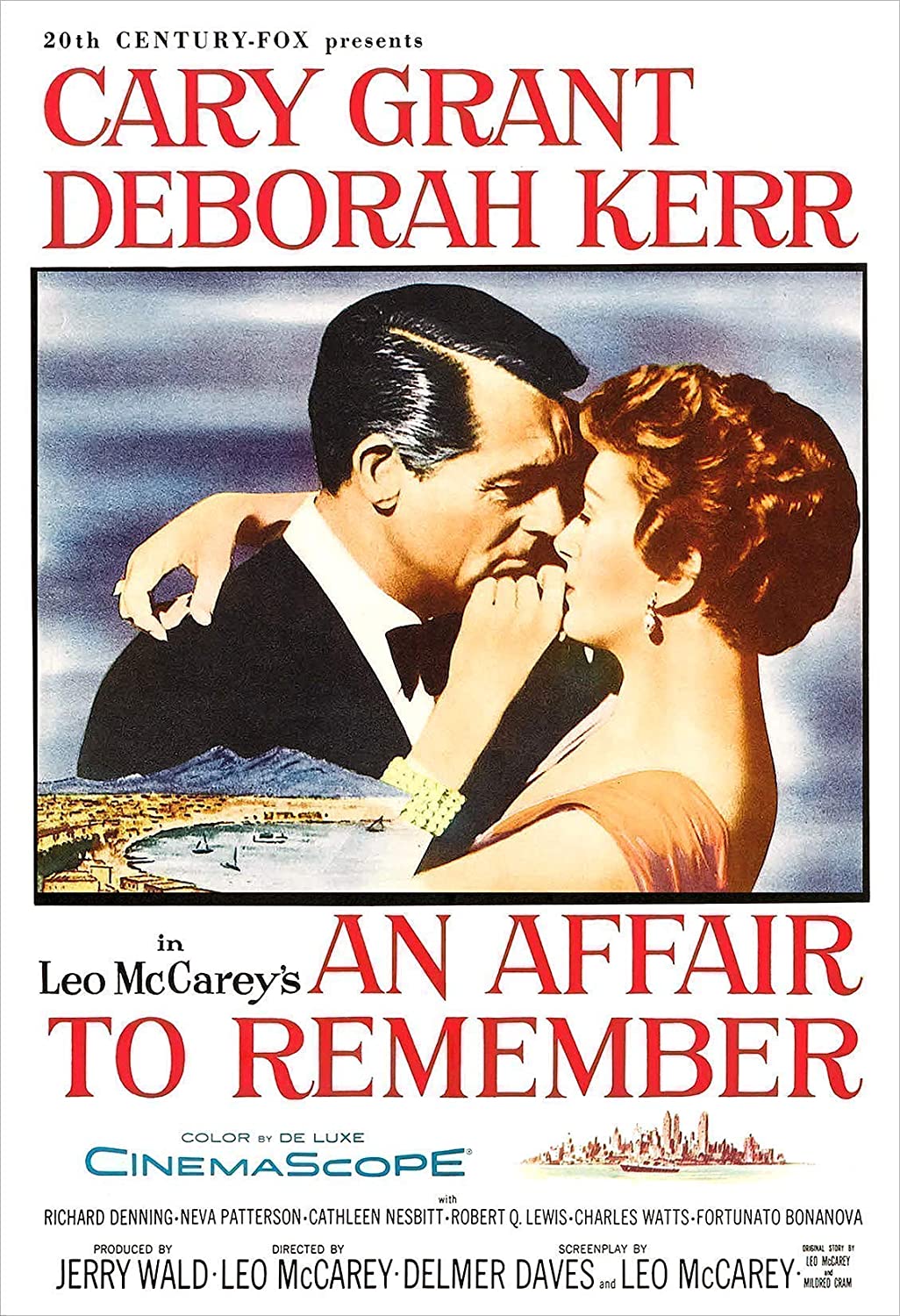 This film’s definitely one of those classics that you will likely have heard about at some point in your life. It’s a pretty big romance film after all with a lot of iconic moments throughout. The whole premise of the film is built around a rebound though as both characters are already in relationships so that definitely adds an extra layer to think about. It may be hard for you to root for the characters in this endeavor. Still, it is a pretty well made movie with a lot of the fast talking, witty banter you would expect from a Cary Grant film.

The movie starts with Terry and Nickie boarding a cruise. Due to plot reasons both of their fiancés decided not to board the cruise. Great move eh? I mean, in fairness you should not be afraid to miss out on a cruise. It’s not like an affair to remember should ever be expected to happen. If you can’t trust your partner then the relationship isn’t going to work either way. Still, this gives Nickie some room to work. He is a notorious flirt despite being in a relationship and decides to go after Terry. This works rather easily as she falls for him and the two have to think about getting serious. Of course the big thing here is if they do get serious then they are going to need to dump their current fiancés. Will they be able to go through with this or should they just back out of it?

I’ll give the film credit for not taking the easy way out here and making the originals look bad. Kenneth is actually a pretty nice guy. By all accounts he is a very supportive guy who wants what’s best for Terry. He’s naturally hurt by what’s going on but doesn’t get petty about it. No matter what happens he’s always by Terry’s side and also offers to be a rebound if she has second thoughts about Nickie. Then you have Lois who is portrayed as maybe a little more antagonistic as she isn’t super supportive of Nickie’s dreams to be a painter. They are rich though so she probably wonders why he wants to take this hobby up as a real job now. Still, Lois seems perfectly pleasant and even takes Nickie to a movie as a way to cheer him up when he is trying to hide his sadness.

So you need to remember that Nickie and Terry are the heels here. They’re the ones wrecking the ongoing relationships that they had been in with no prior signs of being unhappy. It’s not really portrayed in that light but when you think about it, they’re definitely not doing something that’s nice for the rest of the gang. They’re just thinking about themselves in this light. They should also be a bit wary because as they say, if you found your partner by cheating on someone else…well what comes around goes round. You’ll always have that slight suspicion in the back of your mind that you’re being cheated on as well.

All right, lets talk about the two leads though. So Nickie is a flirt as mentioned who always liked having companionship. He doesn’t really like being by himself and has a pretty tough exterior so people don’t get close to him. He’s a pretty entertaining character even if you never know when he’s actually being genuine. He can be a bit of a mystery in that sense. The only time he seems to let the façade go is when he is with his mother or with Terry at the end. He does his best to find out what happened with their meeting that wasn’t to be without putting her on the spot which was certainly a difficult task.

Terry was someone who initially tried very half heartedly to reject Nickie’s advances but I don’t think anyone truly thought she would succeed. At the end of the day I guess Nickie was just too charming. It seems like she definitely has a rougher road to get through compared to Nickie. He went through the emotional pain while she had to go through that as well as physical challenges. I do think she should have still contacted him right away though. Waiting would just lead to misunderstandings and didn’t really do him any favors. I suppose she didn’t want to tie him down but by that point they were already invested enough where that would have been what he wanted.

I’d say the best part of the film is the first half. I enjoyed the adventures on the boat with the crew constantly messing with the main pair. They weren’t exactly subtle about hanging out together and the crew were always ready to call them out on it like at the scene where they were having dinner or the happy neighbor trying to get a signature. The movie had a lot of nice comedic moments here before becoming a lot more serious and dramatic by the end. it’s a very natural transition though and for the second half the best scene would easily be when Nickie confronts Terry in his very roundabout way of putting the blame on himself. It made for a very nice dynamic as the film slowly builds up to him learning the truth. The writing is just quite stellar here and you would expect nothing less.

Overall, An Affair to Remember is a pretty solid film. It’s unlikely that you will be rooting for the romance though. The solid writing and character development will be what keeps you hear. An event near the film is also quite unexpected and definitely makes for an intense twist. It’s a sad moment but the film doesn’t go too far in trying to force this in your face which I appreciate. The movie goes by fast and you get some pretty nice scenery as well. I’ve always been tempted to go take a cruise even though you see so many of them crashing all the time. It just seems like it would be a really nice change of pace. If I ever went, I would definitely go on the one that has a 24 hour pizza buffet. Why would you choose any other cruise right? If you’re going to go on a cruise then naturally you should go on the best one. I’d recommend checking this one out if you like a light hearted romance. That’s not to say it doesn’t get serious but at the end of the day it is a film that should leave you rather jolly as long as you’re used to rebound romances in films. I wasn’t rooting for them in their romantic endeavors, but the film was still very strong all around and makes for a solid viewing.