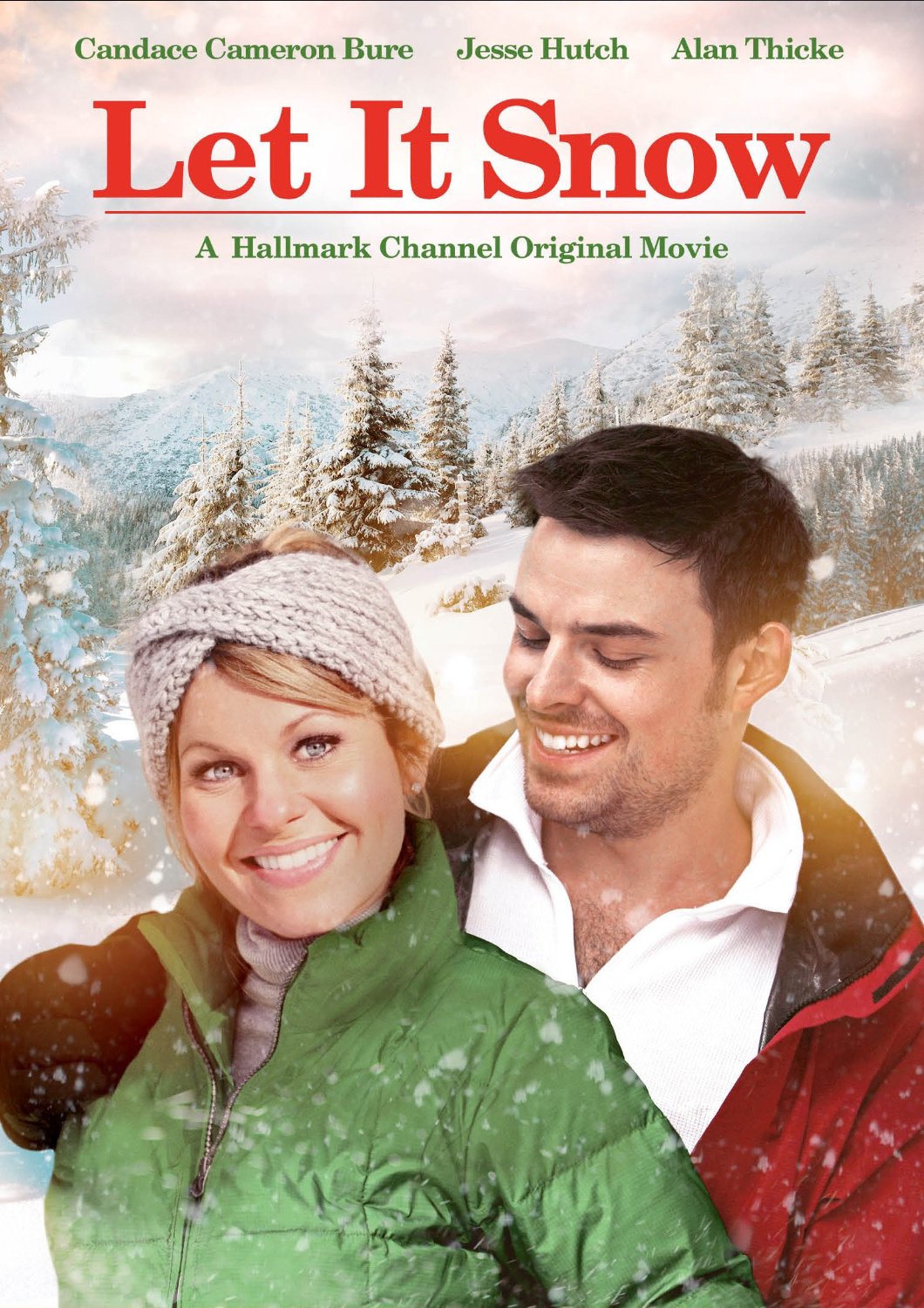 It’s time to look at a Hallmark film from a while back. They’ve always been very consistent about churning out great products. They have a lot of Christmas movies and I have yet to see a bad one. They always tend to have a solid plot and good characters arcs for the cast. In this case we don’t even have the usual rebound plot so that was an extra bonus. I’d definitely say there are no real complaints here. Naturally some of the story elements may seem very familiar and I’m sure you can guess what will happen before it does, but it doesn’t take away from the solid execution here.

The movie starts off by introducing us to Stephenie. She is a top executive at her father’s company and he has a new task for her. Stephenie has to head to a Christmas cabin that their company has just purchased to see how they handle Christmas. Her job is to take away the glitz and glamor and figure out how to make this a successful enterprise. Right now mostly families rent out rooms here but the firm needs this to be a place for single people with lots of cash to burn. Stephenie is ready for this since she’s not a big fan of Christmas and doesn’t even like the cold. She’ll enjoy taking everything apart. Things all begin to change though when she meets up with Brady, the son of the current owner. Is it possible that she will regain her Christmas spirit?

I think we all know the answer to that question. The scenery is really nice as always. We get to see some gingerbread cookies being baked and there are a lot of solid decorations all around the cabin. It’s clear that the family puts a great deal of effort into the project. You may wonder why they are selling the place. Is it because they got a great deal and can just take it easy now? Well, I’m sure that didn’t hurt but it’s really because nobody is prepared to take the business over. Brady wanted tom, but he also wanted to enact a lot of changes to the place which his father did not approve of. As a result they hit a stalemate. Stephenie is quickly brought into this drama as well and wants to help but the business deal is done. It’s not like she can really do a whole lot about the deal at this point. Still, she gives it her best shot.

Stephanie’s a pretty decent lead. She definitely starts out as one of the meaner ones though. She is absolutely not on board with having a good time at all. She definitely overreacts to just about everything and really gives Brady a hard time. Still, she ultimately gets past this. Then you have Brady who doesn’t get along with her at first but it looks like he is usually a pretty nice guy. Everyone at the camp likes him as he is typically seen as a very reliable figure who is always around to help out when the kids need a hand or something seems too difficult. He’s a man of many talents.

Then for the supporting characters you’ve got a good cast. Stephenie had a friend in the first scene but she ends up vanishing completely after the opening so we won’t count her. Stephenie’s father is definitely a fun character to have around although he seems a lot less reasonable after the opening scene. At first he definitely is shown to not like Christmas or anything like that but he isn’t shown to be quite as antagonistic towards it as later on. That’s where he really begins trying to crush all the ideas Stephenie has without really listening to the pitch. I like the idea that he sat there listening to her for over an hour only to completely disregard everything at that point and go on to the pre prepared topics he already had ready. The guy certainly wasn’t budging.

Then you have Brady’s parents who are pretty nice. The Mom does her best to get Stephenie settled in even if she is met with a ton of resistance. The lead not trying her home baked cookies was definitely an emotional moment. Brady’s Dad also does a good job as it must take a lot of effort to keep on getting the cabin set and participating in all of the events at his age. He did well in keeping the place going as long as he could. He and Brady have a lot of disagreements on how to make the place better but as we only see the aftermath of their arguments it’s hard to say who takes more blame in their disagreements there.

The movie really flies by. Let It Snow has solid writing and pacing as you’d expect from a Hallmark title so that won’t come as any surprise. You can definitely imagine visiting a place like this to have a good day. I can’t imagine actually spending a Christmas out there over the comforts of home but I’m sure you would still have a good time. I’d be going all in on the cookies and the rest of the desserts displayed in the film. Then the fact that there is also a pretty nice breakfast spread is also very enticing.

Overall, Let It Snow is definitely a very good movie and one that I would recommend checking out for Christmas. You’ve got a solid story and a good cast of characters which always serve as strong fundamentals for a movie. The romance is a bit cliché and could have been written out of the movie for sure, but otherwise the rest of the story beats end up working out quite well. It’s not the most ambitious film out there but it’s a pleasant one. As they say, it’s the journey that counts and even if you know how the movie is going to end, the execution is on point the whole time so you don’t feel bored or anything like that.