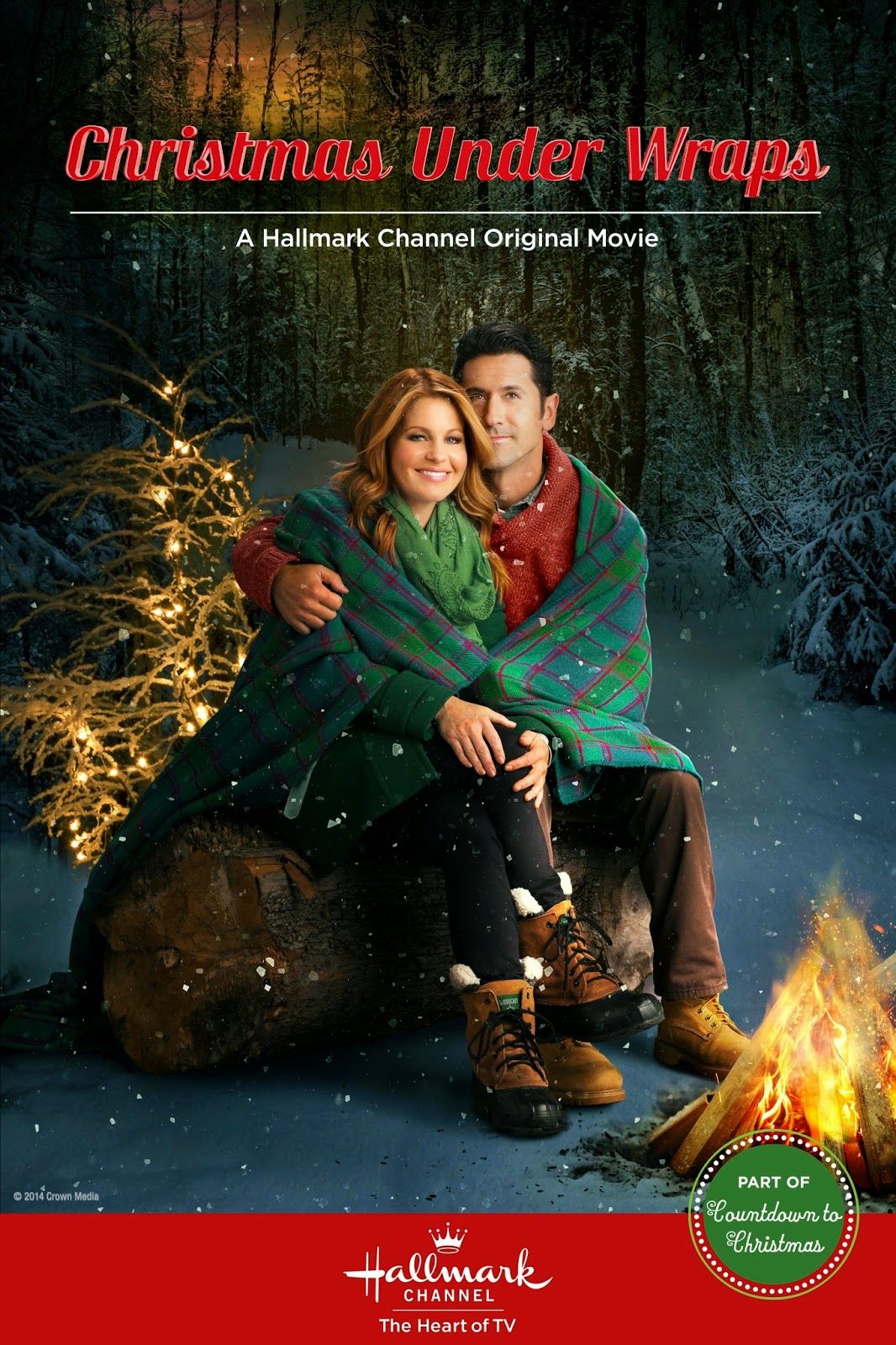 Time for our next stop on the Hallmark channel express. They’ve always done a tremendous job with their Christmas lineup and unsurprisingly that is true of this film as well. Christmas Under Wraps is another solid entry in the franchise and is a very solid all around title. There are no real issues to be had with the film. It’s just a nice adventure where we get to enjoy some time at a local town where they have a fun time celebrating Christmas. Definitely gets you excited since that’s coming up pretty close now.

The movie starts by introducing us to Lauren who is a doctor getting ready to get promoted into the Fellowship where she will be able to finally have completed her life’s plans. She’s always lived by her plan and prepares to get married which will check another box. Unfortunately things don’t go quite so smoothly. Her boyfriend dumps her during dinner and then she loses out on the program. Lauren’s only available option is a small town in Alaska where they need a doctor. It’s not exactly what she signed up for but she lost out on the position in part because she didn’t have out of the box experiences so this is her chance to change all of that. It’s definitely a very different atmosphere. Can Lauren get with the program or is she doomed here?

Lauren starts off as a fairly reasonable character though compared to the last Hallmark adventure where the lead came in with a bad attitude from the start. Lauren’s not perfect and does show some clear disdain for the small town environment at first but the townsfolk do a good job of ignoring her slights and continually trying to get her on board. Eventually she does realize that the town’s actually pretty great and that’s when she can really start having some fun here. It’s no surprise that she would eventually get used to the town. All the people there are really nice and the town has all of the essentials on hand. As long as you keep an open mind you’re bound to have some fun. I didn’t see any pizza places though so I’m hoping they’ve got at least one.

Naturally there is a romance plot in this film as handyman Andy shows up to have a good time. I can’t give the romance here a thumbs up since Lauren literally went from being ready to marry someone else to dating this guy within a few days. Perhaps if we’re being generous you could say there were massive time skips and Lauren was at the town for months but I have my doubts. So that falls into the rebound territory. Otherwise Andy’s a pretty good guy though. He really helps out around the town doing whatever he can to help the others. He’s portrayed as just a very decent guy and he never really lets things get him down. It’s hard to find a more balanced character.

Although my favorite character would be Hattie. She was great at memorizing the coffee orders real quick and seemed to have a solid knowledge of the town as a whole. She was always around and ready to step in when Lauren was having trouble. She’s the kind of character who will always have your back. The rest of the town members are solid as well of course but she really stood out. Then you’ve got Billie who is the head nurse and also a good friend to Lauren. I’ll give her props for not beating around the bush and just asking the guy out. I do feel that if you like someone you should just go ahead and make the move as opposed to waiting to be asked out. Of course, when you make a game of it like in Love is War that can make for incredible dynamics but that’s more the exception to the rule.

Henry and Maggie are also portrayed as pretty nice parents to Lauren. Finally we have a more reasonable group here as her father is glad that Lauren will be following in his footsteps but doesn’t put any extra pressure on her. When she makes her decision to enjoy the town he’s quite supportive of it. Meanwhile Maggie was especially happy since she was hoping Lauren would slow down a bit to enjoy her time while it was around. After all, a career’s important but you do always need to make sure to leave time for everything else too.

Then we’ve got a subplot with Frank, a man who looks like Santa Clause. Throughout the film Lauren keeps noticing things that don’t add up like Elves running around and the fact that Frank even owns a Reindeer. The official story is that he’s part of a little parade the town throws on Christmas but is that really the whole story? He’s quite secretive about his shipping business to the point where he doesn’t tell anyone outside of the town about it. The whole town seems to be involved in some kind of conspiracy. Frank’s definitely a great character though and he certainly enjoys his cookies. Of course, why wouldn’t he right? Christmas is the perfect time to snack on a bunch of cookies. Chocolate Chip will always be my favorite but naturally sugar cookies are a lot of fun too.

Frank may not take great care of his health but he’s definitely a good guy doing his best during the busy season. He probably could have been more receptive to Andy taking over parts of the business but I do agree with him that they shouldn’t be so quick to tell Lauren the truth about the business particularly if she was still thinking about going home. That’s the kind of secret you have to wait until both characters are fully committed. Based on Lauren’s final decisions she clearly hadn’t been 100% committed at that point. In the end the big twist of what the whole town is involved in with the business is pretty fun. It helped add a subtle mystery element to the movie.

Overall, as always Hallmark delivered another great adventure here. The writing is really good and the cast of characters are solid as well. You just can’t go wrong with that combination. It makes for a really solid Christmas adventure and shows you the appeal of small town environments. Personally I’m still more of a NYC kind of guy since I just like having all kinds of stores around and the ability to go anywhere on a whim but I wouldn’t mind some of that weather. It feels like a while since we got a decent helping of snow and over in Alaska that definitely would not be a problem in the winter. If you want to see a nice uplifting film that gets you into a festive mood then this is definitely a good movie to check out.