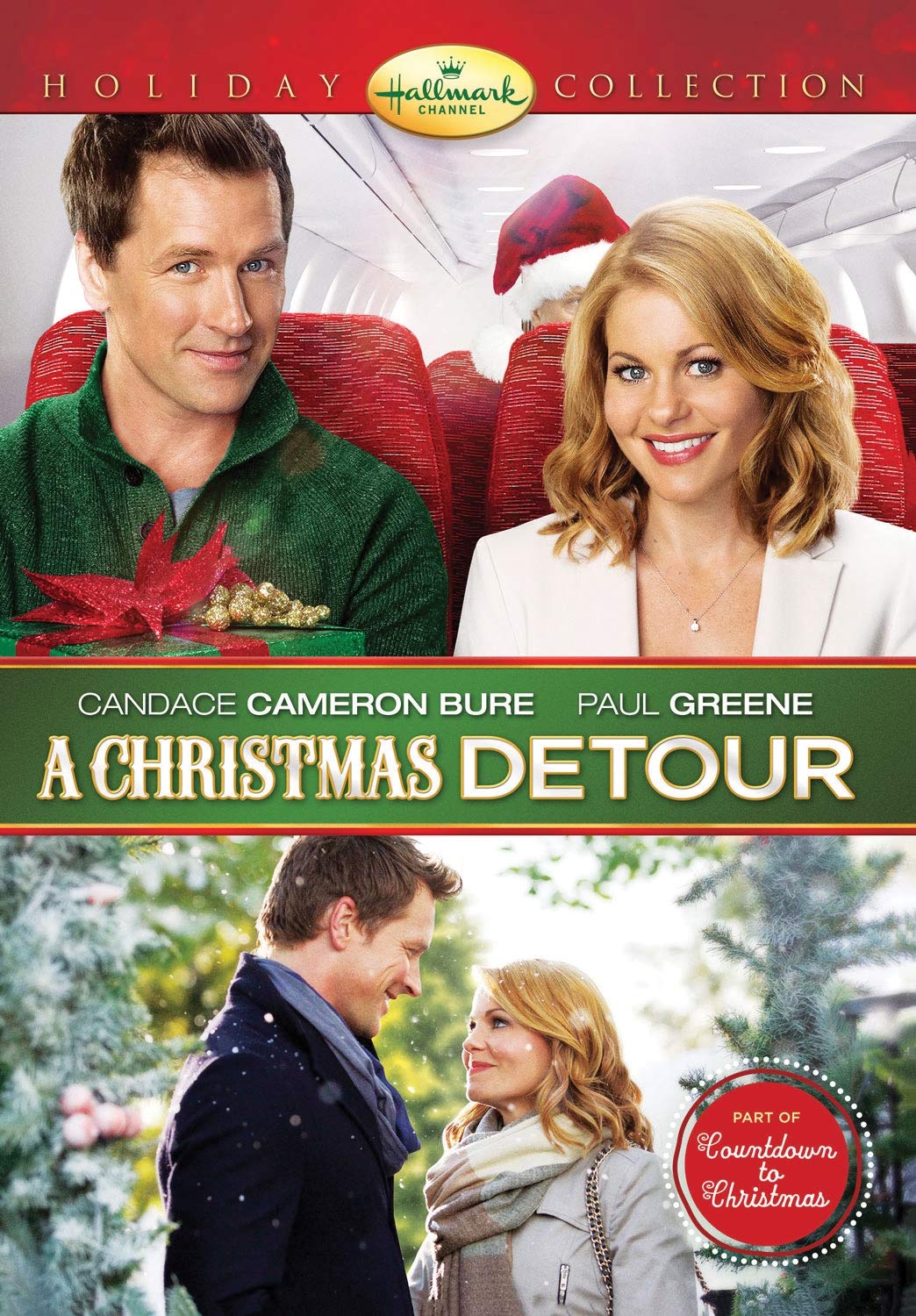 Whenever you’re planning to go somewhere and your ride ends up getting delayed it definitely makes you hope that you’ll at least be able to grab some food. Some may really enjoy the detour while others will just eagerly await the moment where they can just get to where they were planning to go. This film deals with the main character having an exceptionally long detour but will this time allow her to avoid a potential mistake with her future? Right now there’s definitely a whole lot for her to think about.

Paige arrives to her plane with a decent amount of time to spare. This is fortunate because in the end she has to barter with the staff a while as she tries to bring more luggage on board than what the plane allows. She makes it onto the plane but then gets involved in a debate with Dylan on true love. Paige believes in this 100% as everyone has a soul mate and that’s the one true partner for them. Dylan doesn’t think that makes sense and thinks the odds aren’t in its favor. Well, they’re going to have a lot of time to be able to debate this with each other because as it turns out the weather is really bad so nobody will be getting to New York anytime soon.

For Paige this is troubling news because she had been heading to her fiancé Jack’s house so she could finally meet his parents. They are about to get married so this was a pretty big deal for her. Jack also warns her that if she doesn’t make it by Christmas day then they will have to put the marriage off for another year. The stakes are high. Meanwhile Dylan wasn’t thrilled about going home for Christmas anyway so he is thrilled whenever these occurrences happen. He has a lot of fun teasing Paige throughout the movie since she is very easy to trigger. There’s also a married couple of 20-30 years tagging along. They fall in the middle of the main 2 on emotions. They’re ready for a nice Christmas but are enjoying the detours as best they can.

This film has one of the better dynamics with Paige and Dylan. Certainly Dylan’s teasing can go a bit far at times but he’s just determined to have a lot of fun the whole time. Nothing is about to get him down and it makes him a pretty interesting character to follow. Of course you know the film is ultimately going to set him and Paige up but at least he has a lot of personality before that. He does have the right attitude about their situation. The heroes can’t exactly control when the storm will end so the least you can do is make the most of it in the meantime.

Paige definitely isn’t able to see the bright side here because she is very stressed out about her plans not going through. There’s also the added pressure of the marriage going back but that should have just been a red flag. When we meet up with Jack and his parents it’s hard to see how she ever liked him. Now, of course she would not have met the parents before so we can’t take that into consideration. They are portrayed to be comically antagonistic the whole time as they insult Paige to her face many times. Jack never actually defends her on this either so he loses more points right off the bat there.

The thing is, Jack isn’t really any better. He takes shots at Paige as well and is all too willing to have her lose out on her wedding plans. He just lets the Mom choose everything and expects Paige to follow suit. He doesn’t seem to care about her at all. I guess Paige was just a little oblivious at the time but there just didn’t seem to be much of a friendship between them at the bare minimum. It makes the whole soulmate thing look even more suspect as a result since this clearly didn’t end up working out. In theory you should go into a relationship as if it’s the only love you’ll have but the problem is in a film like this there are always constant rebounds so you can’t even take the premise seriously.

Unfortunately this whole plot ends up hurting Paige quite a lot though. She started the film off on a relatively strong note but started to really decline after that. She lies to Jack quite a few times and even by the very end of the film she continues to deceive him. She is basically forced to come clean once the photo is brought to light and Dylan himself appears. That already seems like a rocky start to her sticking through this next relationship. Keep in mind that she was already engaged prior to the film starting so no matter how she justifies it, she wasn’t exactly holding strong up to this point.

Additionally, Paige allowed herself to get steamrolled by the Mom during the whole second half of the film. She put up 0 resistance as all of her wedding plans were dashed. She would just shoot everyone astonished looks the whole time but wouldn’t say anything in her defense. That’s just not a good look. It shows that she’s not going to stand up for herself no matter what happens. Allowing everyone to walk all over you is never a good thing.

I ended up liking Dylan a lot more than Paige as a result. At least he always has a lot of good one liners at the ready and quick retorts. That said, Maxine and Frank were probably the more interesting characters here. They’re a very jaded married couple as mentioned, but they’ve still got a pretty strong bond going on. The end of the film actually gives them more of a serious plot than I expected. I kind of figured they were already doing well and the sarcasm was something they had fun with. Either way by the end of the film they’re pretty tight again. Without them Dylan and Paige definitely would not have been in a great spot. It’s been a while since I saw a Hallmark film with a supporting couple like this who get a big role. In fact, it may be the first time and I enjoyed it. It was a nice angle to have included.

Overall, Christmas Detour started out a lot better than it ended. The ending was just a bit weak with a lot of the decisions Paige ended up making. Still, I do like the premise quite a bit and so of course the best scenes of the film are before they actually get back onto the main path. There was a lot of good humor here and as always a lot of good writing as well so there’s nothing to really dislike in the slightest. You can expect a very balanced film here and I would definitely recommend checking it out if you want to see a good Christmas movie.