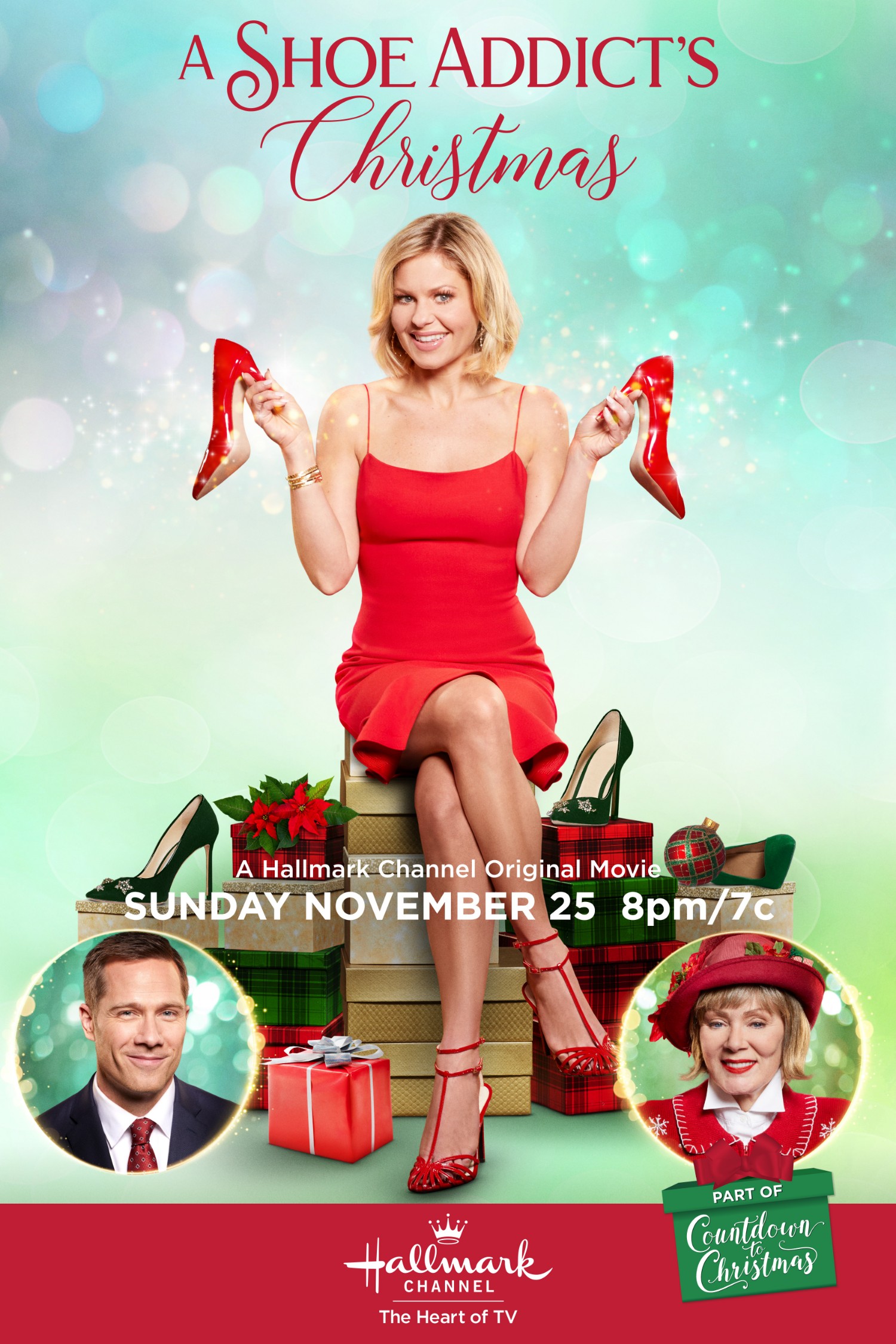 Time for another Hallmark adventure for the ages. The whole shoe theme here was definitely pretty unique. I don’t believe it’s been done before. I know some people are really into shoes while others collect sneakers but I can’t say I’ve ever been into that. Just get me a pair of sneakers and I’ll wear them for the next 5-10 years no problem. Of course in this film it’s fortunate that Noelle enjoys her shoes since they are quite central to the story. Without them she definitely could have been in trouble.

The movie starts off by introducing us to Noelle. She’s pretty content as she has a nice job, good coworkers, and just loves Christmas. It’s a pretty fun time of the year for her. She is even put in charge of helping direct the annual charity party that co-operates with the Firefighters. Their liason here is a guy named Jake. They don’t initially get off on the right foot as Jake tries to make a good impression with some jokes while Noelle is fairly serious. Still, they’ll have to put aside their differences if this is going to be a big success.

There is something supernatural afoot here as well. A lady named Charlie appears and claims that she is Noelle’s guardian angel. Whenever Noelle puts on a pair of shoes from her past she is transported to that point in time to relive the memories and see what she could have done differently. Charlie is trying to make the point that Noelle has pushed her friends and family away while also turning down opportunities that could have helped her in the present. Noelle tries to point out that living in the past is dangerous but Charlie insists that she take a look at some of these alternate routes. Should Noelle listen to Charlie and try to hang out with people more or is she okay as is?

As always Hallmark’s got a pretty solid film here. There’s also just a whole lot of story developments and plot to sift through here so it’s a little busier than the average title. You’ve got time travel, angels, the firefighter plot, and even some family drama with Noelle and her father. The writing is on point as always and the film really flies by. The scenery is also good. There are no real weaknesses to speak of. At most maybe the boss gets a very rushed character arc at the end but it does help to wrap things up nicely for a quality ending. From all of the plots I feel like the Gala itself got the shaft for the most part since there just wasn’t enough time to grab everything. It’s why things had to move quickly at the end.

If anything I just didn’t agree with Charlie that Noelle made all of the wrong moves. For starters, she was perfectly content at her new job even if everyone was trying to guilt trip her into leaving. Put it this way, she makes a solid salary here and has quickly moved up the chains. Everyone seems to like her at this job so she seems to have a positive future. The pay is good as well while working for herself is a lot riskier even if it may end up paying well. Then Charlie says she wasn’t all that close to her father but they did seem pretty good to me from the opening scene. They had some banter and were even joking around with each other.

So I felt like Charlie was making this sound a lot more serious than it really was. It’s not like Noelle’s current life was really that bad at all. Still, Charlie herself was pretty nice even if she didn’t have a lot of experience in the gig yet. Noelle’s best friend Lorna was also really good here. She was always encouraging Noelle and had the heroine’s back from day 1. No matter what timeline Noelle went to, she certainly owes Lorna a lot for always being there. It’s been a little while since the main character had a solid friend like this so that was nice to see.

As for the main guy Jake, he’s pretty solid. He wants to move up the ranks even if it means no longer being a firefighter. He’s a bit worried since this means leaving his late father’s shadow but he does feel like it’s the right move. He does his best to make the firefighter gala a success. The ending is pretty tough on him since he effectively wasted a lot of time but ultimately at least Noelle helped him out a bit. It’s understandable that he wouldn’t have been a happy camper at that point. The romance is pretty rushed with him and Noelle though. I feel like they could have gone with the just friends angle and that would have worked out quite nicely.

Finally with Noelle, she’s a solid main character. It’s nice to have a character who’s super into Christmas for a change instead of coming around later. By all accounts she’s always been a nice person and has made a lot of good moves. She probably could have handled the situation of not telling Jake about the changes a little better but all in all I definitely can say that she was a fun lead. The cast is fairly small so each character really counts here.

Early on in the film Noelle gets stuck at work when due to everyone forgetting she was there and locking up for the night. She handled it pretty well as she really made herself at home and began eating the snacks. That would definitely be a nice perk of being stuck in a store like that. I always thought it could be pretty fun depending on the store. Spending a night trapped in there would almost be like a vacation of sorts with unlimited food. It’s fun to think about of course but so I’m glad she wasn’t panicking or anything. Taking it in stride is definitely how you should handle it.

Overall, Hallmark never ceases to churn out solid Christmas films and this one was no different. It’s been a little while since I saw one where they had a big supernatural angle from the start so that was a lot of fun. The Guardian Angel made for a fun character even if she wasn’t always helpful with how she likes to keep secrets and answer cryptically instead of just saying what she’s thinking. If you’re looking for a fun film to check out with quality characters then I would definitely say to watch this one. There’s really nothing bad to say about it and it consistently delivers with solid moments.