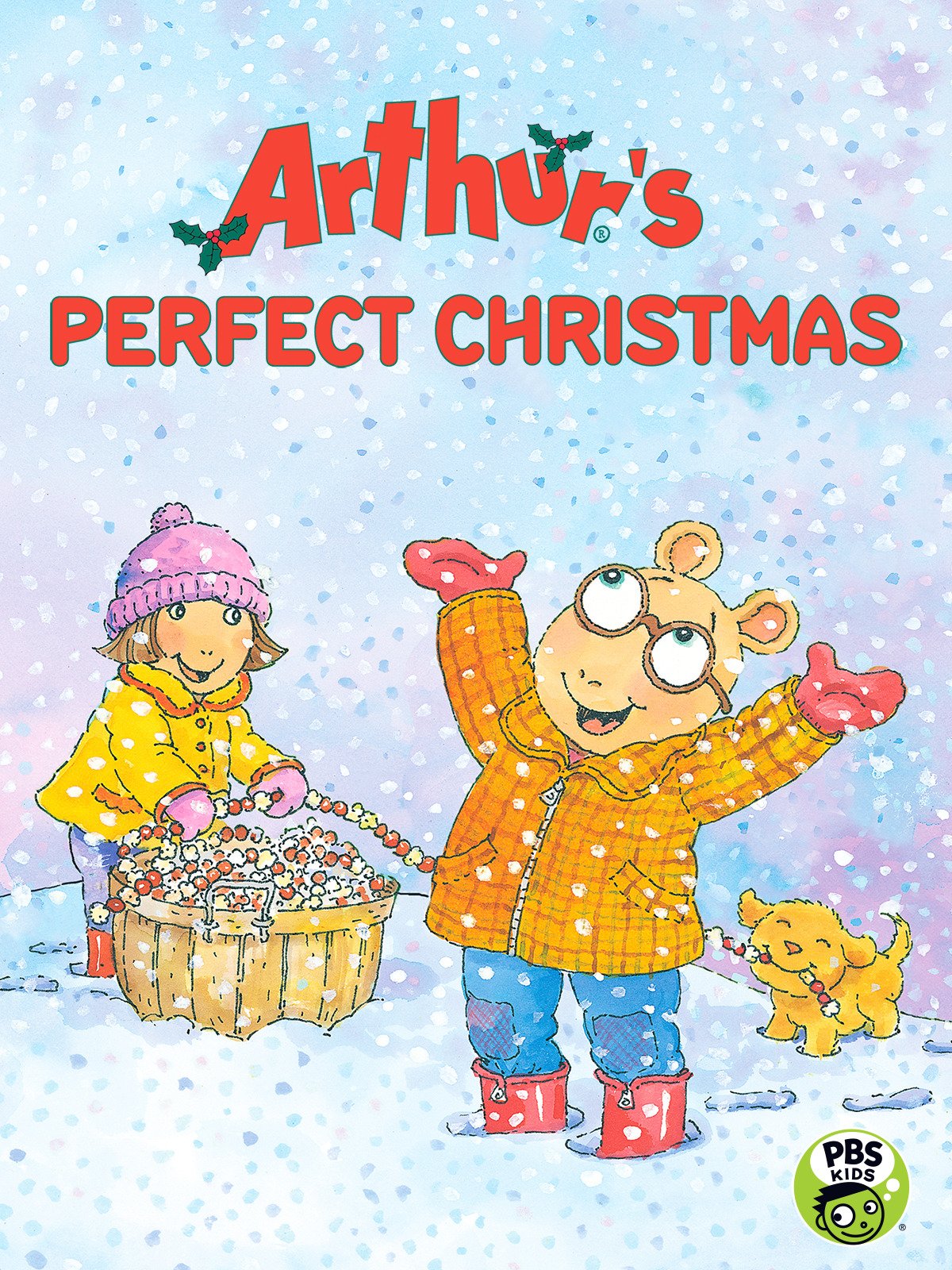 It’s been a very long time since I’ve seen this Arthur Christmas special that’s for sure. It’s definitely a very well made special that’s for sure. It’s nice to see all of the celebrations and the nostalgic Arthur characters running around. This special has aged very well and will continue to be a solid watch each year. It’s definitely rough when a gift doesn’t go the way you think it will so you can understand Arthur’s plight.

The film starts us off a few days before Christmas. Each of the characters are getting ready for the day in their own way. Arthur is determined for this to be the best Christmas yet. I understand the feeling as I always go in expecting each year’s Christmas to surpass the last one and this year will be no different. Arthur is thrown a lot of curveballs though as the tree doesn’t tur out the way he had hoped and the menu is also a lot different. Still, Arthur is willing to give these changes a chance. The only thing that could ruin the day for him now would be if his Christmas present for his Mom were to break…

Then we’ve also got subplots for most of the other members of the cast. Binky is going to be cooking dessert for a soup kitchen he is volunteering at during Christmas and is testing out his recipes on everyone. It’s a pretty noble gesture but his cooking needs a lot of work. He makes rather basic mistakes in each of his dishes. It’s good that he’s trying but the first step of cooking is to try the food out yourself and it seems like Binky is not doing that. That doesn’t inspire a lot of confidence in trying out his dishes now does it?

Muffy’s plot is about how she has scheduled a party while Francine will be observing Hanukkah with her family. Francine told her many times that attending the party would be impossible but Muffy wouldn’t hear about it. In a lot of these cases usually the mix up is because the character was unable to work up the courage to explain this. There is no such issue here as Francine told Muffy over 20 times. I liked how direct she was so the fault is entirely with Muffy this time around. There was no way that Francine could have been any clearer. So Muffy’s got to take the loss here.

Then you’ve got Buster who’s mother has been traumatized by Christmas and always celebrates it a few days early each year. It’s definitely a rather odd situation but at the end of the day she just wants to make sure that the day is a success for Buster. She is clearly trying pretty hard even if the whole thing is pretty exaggerated. Even the fancy restaurant food doesn’t look as good as what Buster would usually get at the Sugar Bowl. There are a few other characters having their own adventures like George, The Brain, and Mr. Ratburn but I wouldn’t consider those subplots so much as quick scenes to show us what they’re doing. They didn’t have any trail to go through which makes sense since the film can only squeeze in so many plots during its run time.

The movie is a little under an hour so there’s only so much it can do. The animation is pretty solid and consistent as always. The character designs are on point and the whole thing is nice to look at. This is the kind of hand drawn animation that will always age well. You can just feel the effort that was put into this. As this is a musical there are also a number of songs included. I wouldn’t say that any of them are all that solid though. It’s not really my style of music but it does still help to get the Christmas vibes in there.

Arthur’s Perfect Christmas also separates itself form other Christmas specials in that it does include some pretty key details like having the group go to Church in one scene and even having the Dad come up with the idea of having an authentic Christmas dinner like what they would have served in Bethlehem. While the dishes naturally may not sound the best next to some classic staples like Mac and Cheese, I like that the topic was broached. The film was clearly acknowledging the history of celebrating Christmas due to Jesus Christ’s birth. It’s always great to see that.

The special is high energy throughout and coupled with the solid writing that naturally makes for a fun adventure. Arthur tends to dream about the worst case scenarios as always. He really lets his imagination run wild even when it’s a positive event. Then you have DW who still panics quite a lot. At least she tried to be happy about the Duck at first even if she wasn’t able to stay strong in the end. I suppose if you’re hoping for a cool toy and get something else that can be tough. She was nice enough to think about Santa by leaving the cookies out which was neat. All of the characters are pretty solid at the end of the day.

Overall, Arthur’s Perfect Christmas is a pretty fun special. It’s definitely a fitting one to check out as Christmas quickly approaches and I’d recommend it. I’ll give Arthur points for being pretty tolerant of all the different things that could have sabotaged his Christmas. He was okay with the menu change, the Christmas tree change, and even handled the songs decently even if they did set him off pretty quick. He definitely doesn’t seem to like any of the fast paced music tracks that DW tends to enjoy which is unfortunate. Who knows, maybe one day he will get on board with these although I wouldn’t hold my breath.