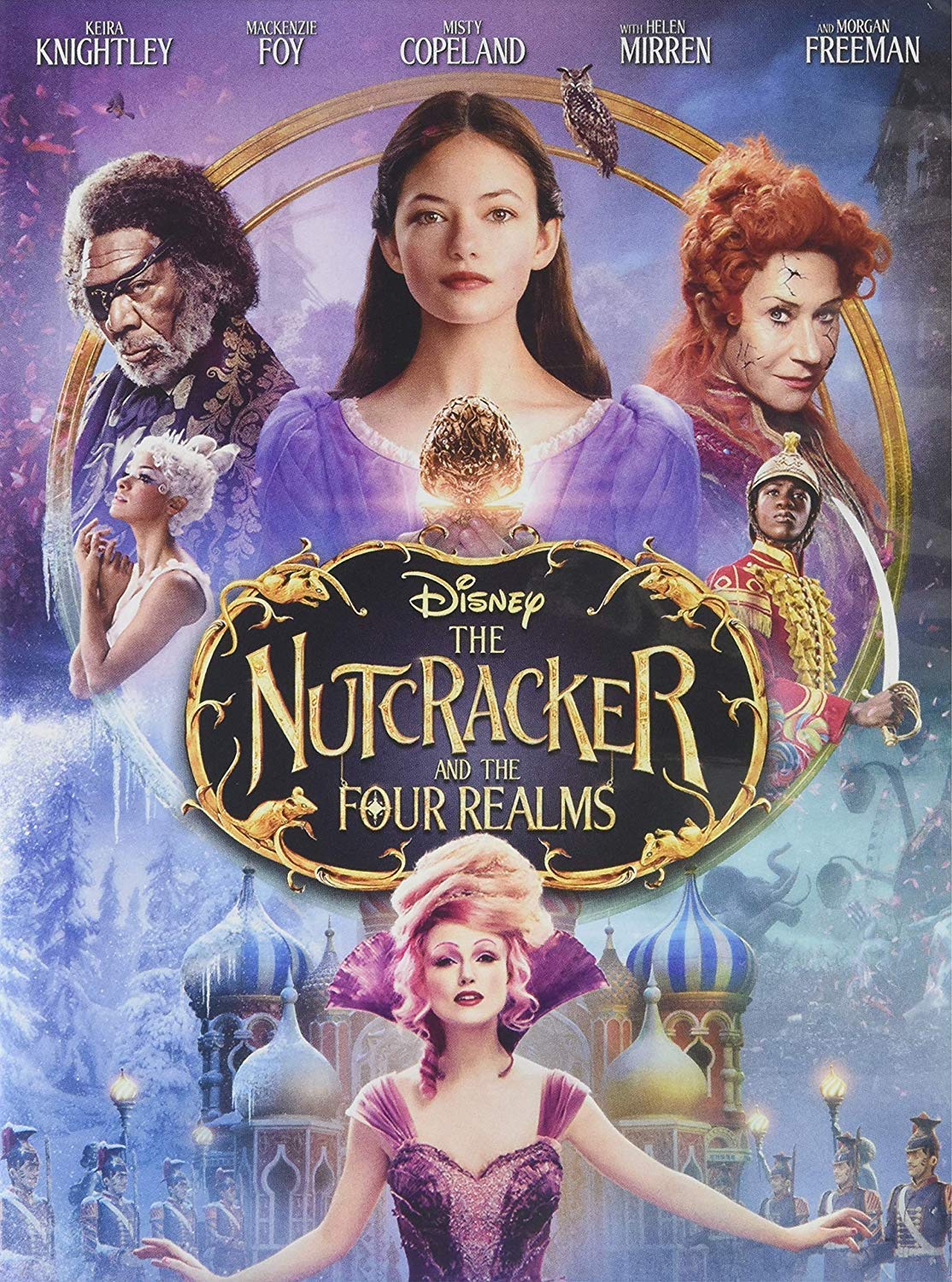 It’s been a while since I’ve seen anything relating to the Nutcracker. It’s definitely a pretty classic story though so it’s nice to see it being brought out again. This story does a fun job with it. You get a little action, a little adventure, and a lot of emotion. I wouldn’t say it’s particularly noteworthy like I won’t be remembering it in the future much but I like to think each movie leaves you something to remember. In this case that would be the living rat monster which was pretty intense. Definitely not someone you’d want to have to bump into in a life or death situation.

The movie starts off by introducing us to Clara who has been dealing with a lot now that her mother has passed. Her father has tried to recreate Christmas the way it would usually be but this has not worked. In part this is because it comes off as him trying to get everyone to get on with their lives which is all happening too fast. At the very least Clara does not want to be at a party and doesn’t feel like dancing. She manages to escape into the land of the 4 realms when a rat escapes with her key. She needs this key in order to unlock the last memento from her mother. It turns out that the key has another purpose as well. It’s the only way to unlock the machine needed to bring the toy soldier army back up and operational. The kingdom needs this army to stop Mother Ginger from wiping them out.

Extra pressure is here because Clara’s mother used to help the Kingdom as its queen and has quite a lot of experience here. Clara feels like she can’t live up to such a legendary example. Still, Clara does step up when needed. The beginning of the film also introduced her as a very intelligent character who really knows how physics works. This comes into play later on in the film so it was nice foreshadowing. It’s also hard to blame Clara in the opening scenes because the party didn’t feel appropriate. She was fairly respectful in trying to deny the event so all in all I give Clara a thumbs up as the lead.

The other major character in the film is the Nutcracker Phillip. Phillip has always performed his job really well. He stays at his post and only moves when ordered. He is a very faithful fighter at Clara’s disposal and does pretty well when having to go up against an army. He offers his own advice as well and helps keep Clara on the right path. He ends up having a nice bond with one of the Mice and they even get a good team up. The idea of a Rat monster made from tons of little rats is definitely pretty fun. Certainly a disturbing monster to have to go up against though. You really wouldn’t want to have to square off against such an opponent.

As for Mother Ginger, she’s a pretty interesting character. She can definitely fight really well with her whip as well which definitely comes in handy. She was able to take on several fighters on her own which is really good. I was glad to see action scenes of any kind here since that’s definitely not going to be the main priority here. The film had a good balance of action and adventure though. The heroes may not fight all that much but the climax has several action scenes at the ready. The giant mecha Ginger had was also pretty neat even if sheer numbers were definitely enough to overwhelm it in the end though. That’s the thing about having a giant robot, it’s pretty susceptible against many opponents.

In general the movie goes down a rather predictable path but I always say that’s not a bad thing as long as the execution is good and I’d say it was. The writing is good and the pacing is solid. The visuals throughout the film are also nice. While the soundtrack is rather forgettable I wouldn’t say there were any bad tunes here either. That definitely ends up being an experience I can be satisfied with. It’s certainly more interesting than something like the Lord of the Rings. That’s why it’s good that we mostly stuck in the world of the Realms because the real world definitely wasn’t quite as interesting. Whenever a fantasy world is an option that’s absolutely where you want to spend your time.

There isn’t much more to talk about with spoilers. I will say that the villain’s motivations while not justifiable are pretty understandable. Sometimes offense is the best defense. If you think about it, defense just isn’t good enough if you are always being attacked. If someone attacks you every month, it doesn’t matter that you are able to repel the attacks if you take a lot of hits in the meantime. The best way to get out of the situation is to take the opposing side down and that way you will have the peace needed to get victory right? Of course it’s not so simple but at least the base reasoning makes sense. There are a lot of deceptions involved so you shouldn’t take anything at face value though. I just like when a villain at least has some rationale so I appreciated that.

Overall, The Nutcracker and the Four Realms is a pretty solid adaption of the classic story. It brings in all of the classic elements you would want to see and we get a nice cast of characters. I’d definitely be game for a sequel someday. There are definitely ways you could go about it. Clara also should come back to visit the kingdom at some point. I don’t see any reason why she would have to stick to the human world, especially since time seems to stop while she’s gone. That’s really the perfect excuse to go back in since there is no risk thanks to that. That’s just how I see it at least.

2 thoughts on “The Nutcracker and the Four Realms Review”