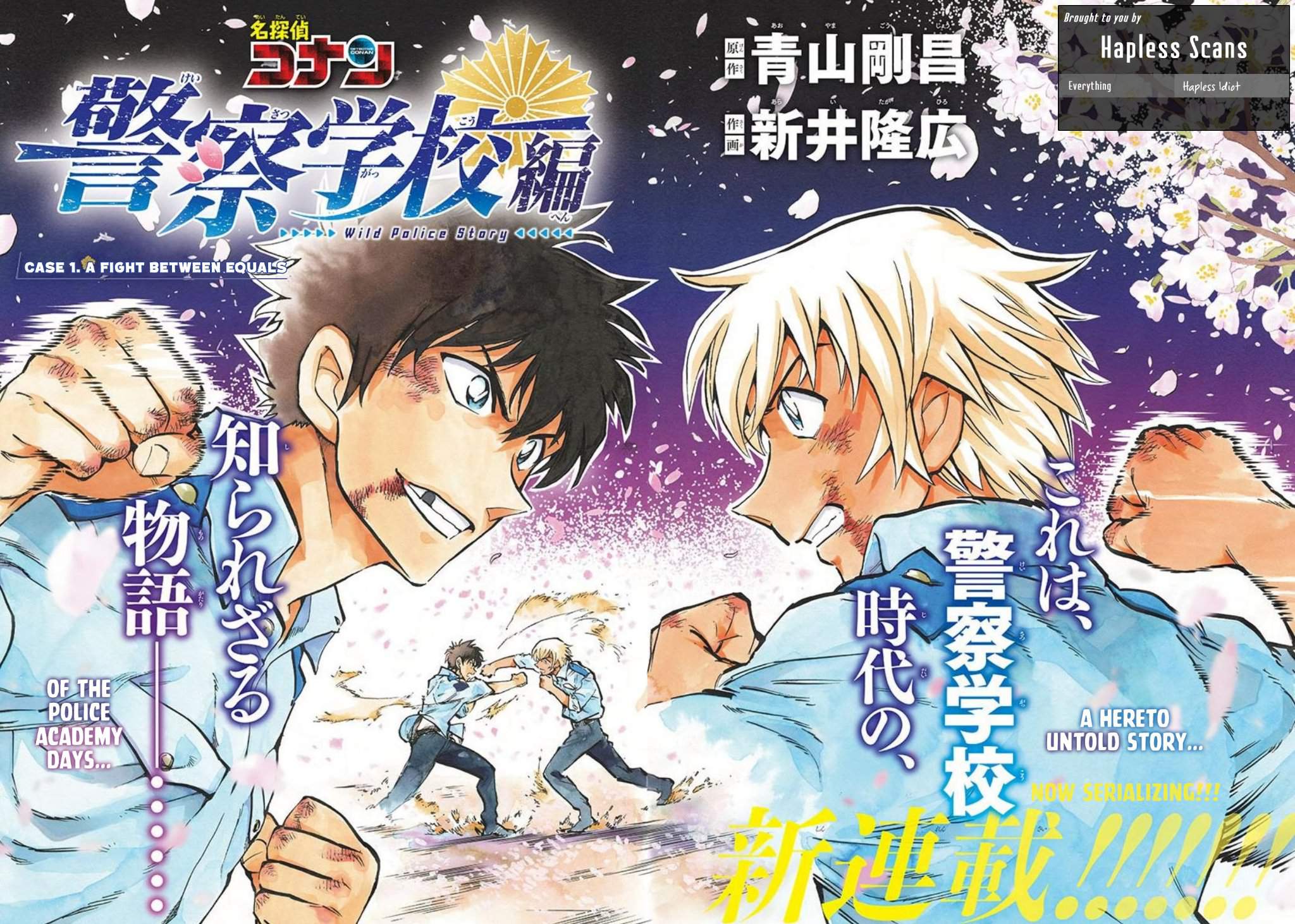 Detective Conan may be one of those never ending stories with tons of volumes but that doesn’t mean that a spinoff can’t eventually conclude. The Wild Police Story is one such spinoff and at only 13 chapters it had a really brief run. I enjoyed it well enough. It’s always nice to see Zero in his various jobs. While this title doesn’t quite have the same charm as Zero’s Tea Time, it’s definitely a solid adventure. The ending is also pretty intense for setting up Zero’s role in the main series. It goes without saying that the final chapter will spoil a ton of his development and plot twists from Detective Conan if you haven’t read that yet so you wouldn’t want to read this one until you’re deep into the Conan series.

The series starts off with Zero and a few new cadets getting to the police academy. They all have their own dreams and aspirations for joining the core and naturally that tends to put them at odds with each other. Jinpei joined in order to punch out the boss while Zero has very secretive reasons for joining. The two of them get into fights quite a bit as Jinpei is more of a rival to him. They’ve got a pretty solid amount of banter going on for them and definitely stand out the most from the crew members. All of them are solid characters though.

Wild Police Story is effectively like having more detail to Zero’s origin story but having it as a separate spinoff rather than throwing it into Detective Conan. It’s a pretty interesting approach and I definitely would say it’s a good one. I always like to see a franchise continue to expand and that’s exactly what this series does for the Conan franchise. There isn’t time for a whole lot to happen of course so we get a few one shot stories a mini arc and then a final arc to end things off on. The final chapter is also a nice epilogue where you see what has happened to each character in the present.

Zero is the best character of course. As always he’s pretty much an expert at everything he does and additionally he’s just a pretty nice guy who always does the proper thing. Zero’s confident but not arrogant. He’s always willing to lend a hand and he’s a bit younger here so he’s not completely all powerful the way he tends to be in the later appearances. So you really couldn’t ask for much more out of the main character if you ask me.

Then we’ve got Jinpei who is also very solid. I like his hot headed approach to things. He’s a nice foil to Zero’s cool and calm persona. This guy doesn’t just wait around to see what happens next. He’s always right there on the front lines dictating how things are going to play out. He’s certainly pretty rash with his decision making but it tends to work out all right and that’s the kind of energy you want to see in your unit. It just wouldn’t be the same without him. 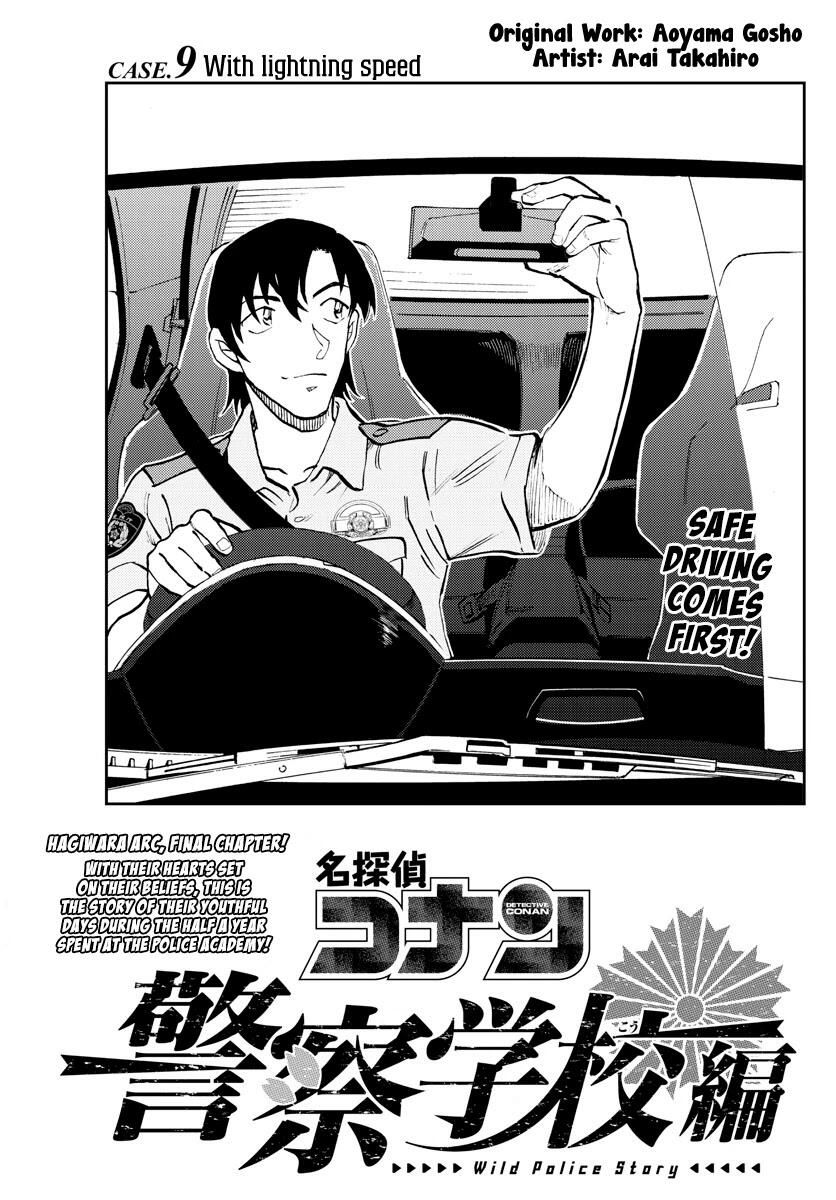 Wataru has a pretty solid character arc where he learned more about his father. Initially he didn’t quite understand why his father took some of the actions he did so when a bank robbery occurs then he and Zero are able to talk things out while figuring out how to escape the situation. One of the cases had a pretty nice resolution where the cops just walk in low key in civilian gear and quickly subdue the villains. It really pays to have a bunch of close friends who are all expert fighters that’s for sure. Wataru doesn’t stand out as much as Jinpei or Zero but he’s still solid.

Hiromitsu definitely has one of the biggest character arcs here. He doesn’t do a whole lot for a while but he gets the final case which is pretty big. He finally has a lead on the guy who murdered his parents and wants to get revenge after all these years. So it took a long while to find him but that’s why you’ve always got to stay on the case because you never know what can happen. The rest of the gang are quick to pitch in and help him out here which was good. It’s definitely a very intense case next to the other adventures which typically had a happier tone. It’s also interesting because if you re-read the very first chapter of the series there were already a few hints about what would happen with his character so it was nice foreshadowing. Clearly the author already had a vision of how this would play out.

There are 2-3 other characters but that’s about it. The cast is fairly small and that makes sense since their wouldn’t have been much time to really develop everyone else otherwise. This series isn’t really about the depth at the end of the day. It’s just about having a fun story with some quick adventures. It’s all about team bonding and it works out really well. A little Conan cameo would have been fun too but I suppose the series doesn’t want to get too obvious. It would be odd to see him just walking around and also depending on how long ago this was maybe Conan wasn’t born yet. Zero definitely looks a lot younger but it could have just been a few years I suppose.

The artwork is really solid here as you would expect. The panels are all very clean and the character proportions are on point. You really will have an easy time following the action at all times. There’s nothing confusing to be said here and that’s always an important part with the artwork. You shouldn’t have to squint to see what’s happening. 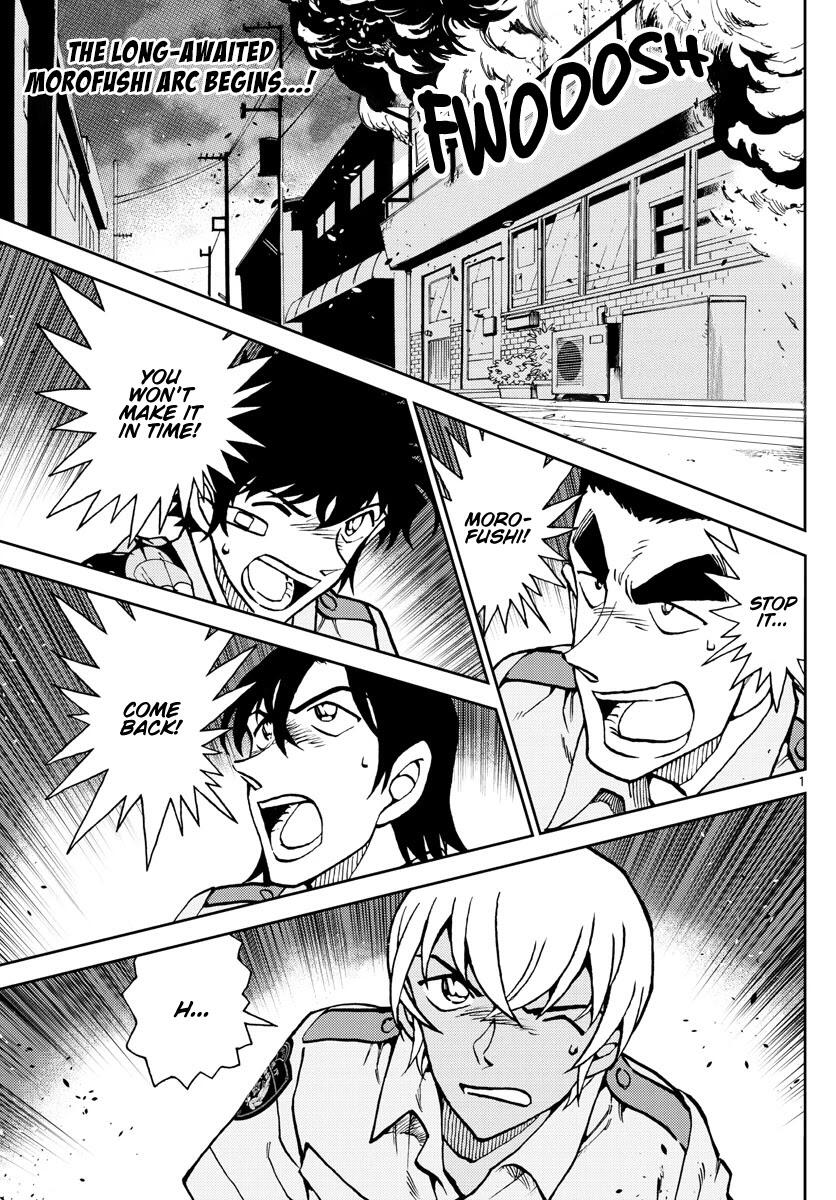 Overall, Wild Police Story is pretty fun. It’s definitely over in the blink of an eye but you’ll have a good time reading it. Seeing the gang slowly bond as they’re all on the same missions is pretty nice. They really become a unit by the end to the point where they’re able to save lives without anybody even noticing. One of the most intense cases was definitely when they took the car on the highway and managed to stop a truck by jumping across. It was a pretty nice maneuver and one that definitely required a whole lot of teamwork on each character’s part. I also really liked the first arc since it literally opens up with a quick fight between Zero and Jinpei. That’s how you get the ball rolling right away! If you’ve ever wanted to see the Conan cast in a different setting then this is a great title to check out. I also highly recommend Zero’s Tea Time but note that it has not finished yet.