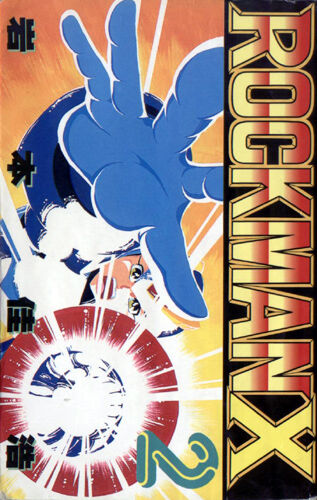 I read another manga adaption of the original Megaman X game recently so it was interesting to see how different this one would be.. Well, the two authors did nice jobs of taking very different approaches. The Irregular Hunter manga took a lot of creative liberties from the game’s story with around half of the reploids staying as heroes instead of all 8 joining Sigma. Additionally you had some more creative matchups as a result with maverick against maverick battles. This one goes for a much straighter adaption of events but also giving the robots more of a backstory and reasons for what they’re doing. It’s hard to say which approach is better although I would give the other adaption the slight edge in a head to head.

The manga starts really fast as X brings down a maverick only to find out that Sigma is now leading an army of Mavericks to take over the world. He wants humans to work underneath the reploids and intends to rule with violence. It’s interesting actually seeing a lot of humans running around here. Since X is out on the field when the announcement comes out it’s all the more shocking. Zero is on X’s side and wants to stop the mavericks so the two of them head out. X is initially a pretty low ranking fighter so there isn’t a whole lot he can do but as the story goes on he finds more and more power ups that evens the score with these powerful mavericks. If he can just hang in there for a little bit longer then he has a chance to win this.

This adventure does go for a lot more emotional beets compared to the first one though. For example in one adventure X heads to a city to save as many people who are evacuating as possible but isn’t able to save all of them. He consoles some of the survivors through his tears but it’s all very tragic. Then you’ve got another case where his mentor is murdered, a girl he just met gets bumped off, and he is unable to save Zero’s best friend. The body count in this series is absolutely massive. It’s all to really illustrate how X has a lot of emotions while the average reploid does not. I would argue that all of the reploids seem to feel emotion though but X clearly takes things harder than most. As a result he also gets a lot of rage moments throughout the series since these mavericks really take him to the breaking point. 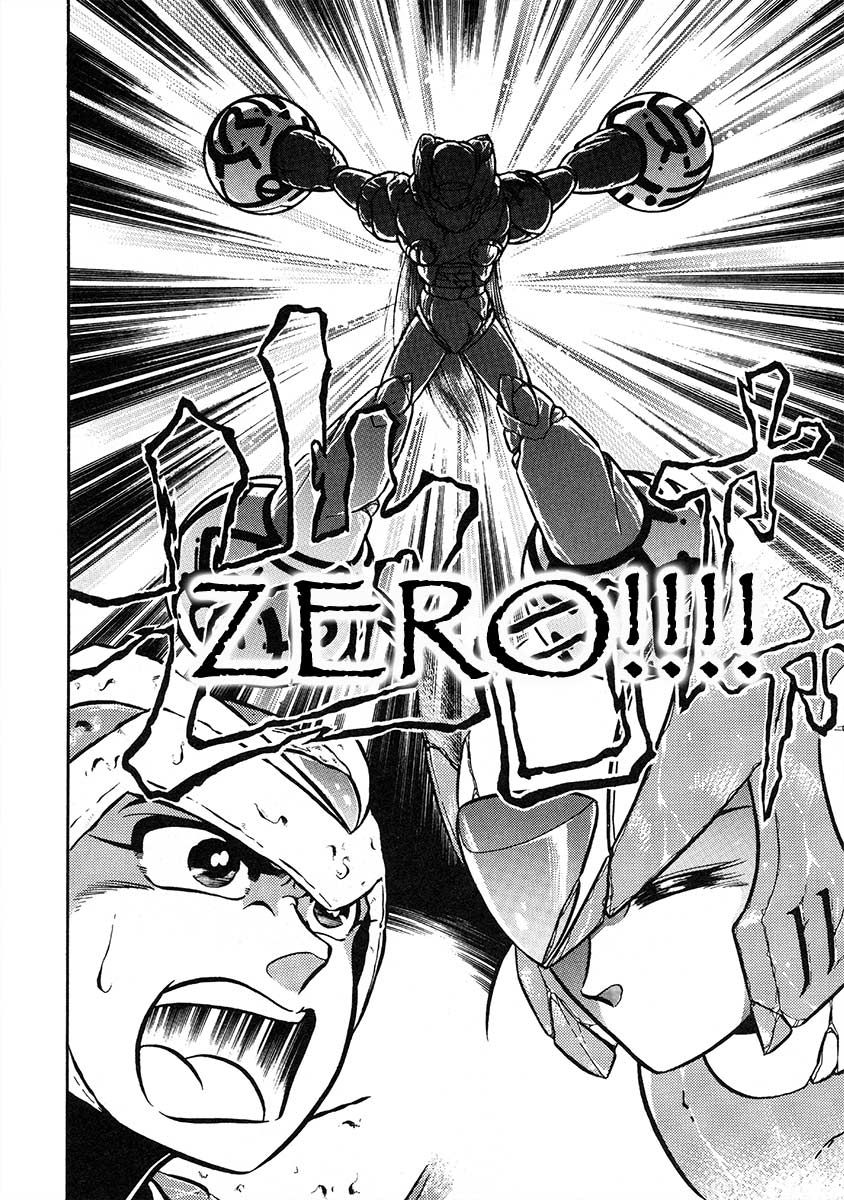 Fortunately the series doesn’t dwell on this too much as it came very close to sabotaging itself. For example it’s mentioned that one of the animals didn’t make it. If we had actually seen this first hand that would have been very rough. In this world it’s clear that the heroes are playing catch up for most of the adventure. The world is really ruined and almost beyond repair due to Sigma’s plans. You do get that feeling of danger throughout though and each maverick encounter feels meaningful. You see which mavericks are sympathetic and which ones are just pure evil from the start. For example, X encounters one maverick at a facility where he’s murdered a bunch of robots and kept others in a near death state where they are stuck for eternity.

X is unable to save anyone here in what’s probably the toughest adventure for him. Each adventure has casualties though so it’s pretty crazy. The nicest maverick was likely Storm Eagle. There’s a whole lot of development with him and he blames Zero for the death of his fiance. It was a bad situation but certainly not Zero’s fault. The villains had just been too quick and had too many plans. X’s battle with him is pretty fierce. There are some twists and extra details in that fight which change things a bit too. Not sure I agree with their decision though. Let’s just say that the whole situation could have been avoided and it really should have. I never like the idea of holding onto a secret to test someone when just saying it could defuse things. You really can’t blame X for how things turned out.

Throughout the adventure we’re also given clear ties to the original Mega Man series as Dr Light appears a few times through holograms. We’re given a few recordings as he talks about Mega Man X as a last ditch hero who can save us all. It’s a pretty important speech but you always have to wonder how things got to this point. I’d love to see a series that takes place in the gap between Mega Man and the X series. Of course, this was probably a gradual change and the gap between the series is massive so maybe there was no exciting jumping on point. We know there was between X and Zero with the cool Elf Wars but no such thing exists in this gap as far as we know.

X is a great main character. He definitely gets very emotional and cries a lot but this series really justifies why he is so emotional. Every time he arrives onto the battlefield he is just too late. It’s one of his biggest predicaments here because he wants to be a hero who arrives in time to save everyone. Not someone who arrives in time to avenge the fallen. Throughout the series he is always too slow or too weak and it’s something that haunts him. By the end of the series he has finally attained his true power and believes that he can save everyone. It’ll be interesting to see how that’s continued in the next adventure.

Naturally you also have Zero here as a great rival character. He gets a pretty decent role and is shown as a strong ally to X. The guy always has a lot of confidence and ability so it’s always great to see him. Vile looks good as well and gets himself some solid wins. His ride armor always makes him hard to deal with. Naturally Sigma is a pretty great villain although he doesn’t get to appear nearly as much here as in the last adaption. He’s mostly just saved as an end game boss. The rest of the mavericks with the exception of Storm Eagle just seem to be crazy or sadistic. It’s easy to see why they joined Sigma’s army. A lot of them didn’t seem to like humans from the start. In this case the manga doesn’t try to play the sympathy card with them as the humans appear reasonable enough. You can definitely see how a society built around sentient robots working for the humans would go wrong though. The instant they became sentient there’s no way they would work under humans. With them? Perhaps, but certainly not below.

The artwork is very good here. It’s a very detailed style that really lets you appreciate the battle scenes. All of the character designs are on point and the whole thing looks nice. I also appreciate the good writing here with the characters acting very professional and the lore being on point. It’s a series that really sucks you in. You may understand the general format of taking out the enemies one by one but with how much depth is in each story it doesn’t feel super formulaic. It’s an adventure where you’re eager to see what happens next. Since this just adapts the first game there is naturally a lot of loose ends to continue the second game with as well. 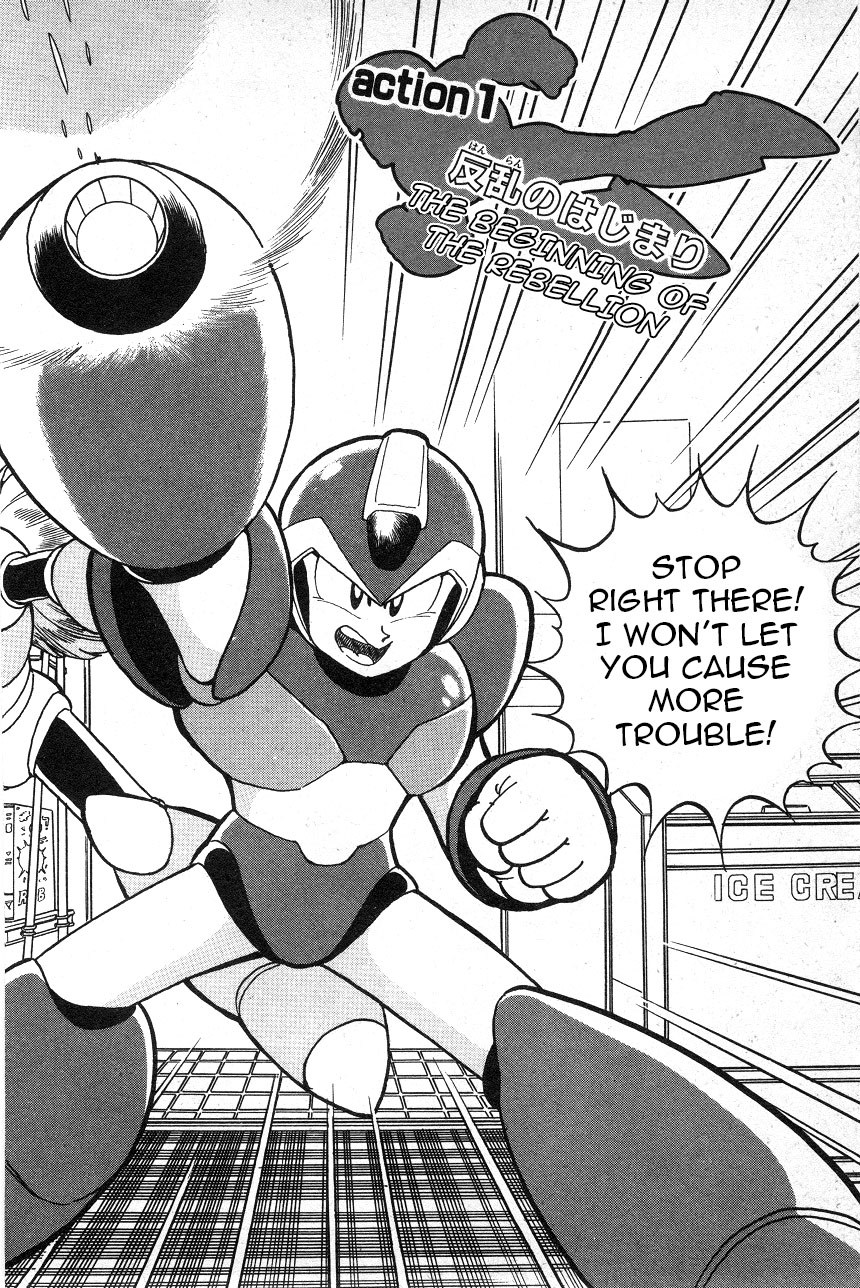 Overall, This series definitely benefits from having 2 volumes. I always think it’s pretty hard to really adapt a complete game like this in one volume without rushing through things. If anything it would probably be even better with three. The more volumes you have the more you can pace things out and give a lot of development to everyone. Part of what makes this series so serious is that it’s able to take time to show how much damage the mavericks are doing and exactly why X is so invested in stopping them. It really shows why the other robots don’t understand X either as he sees this from an emotional perspective instead of just the data behind it. Something even Zero has trouble with although I thought he was plenty emotional in his backstory with Storm Eagle. The characters have a lot of personality and the world is well constructed. I’m definitely looking forward to seeing how good the next manga title is. I’m certainly less familiar with X2 and since I haven’t seen another adaption of that one yet, I’ll be in for more of a totally new experience this time around. If you like action stories then I definitely recommend checking this one out. You may be surprised at just how emotional it is.