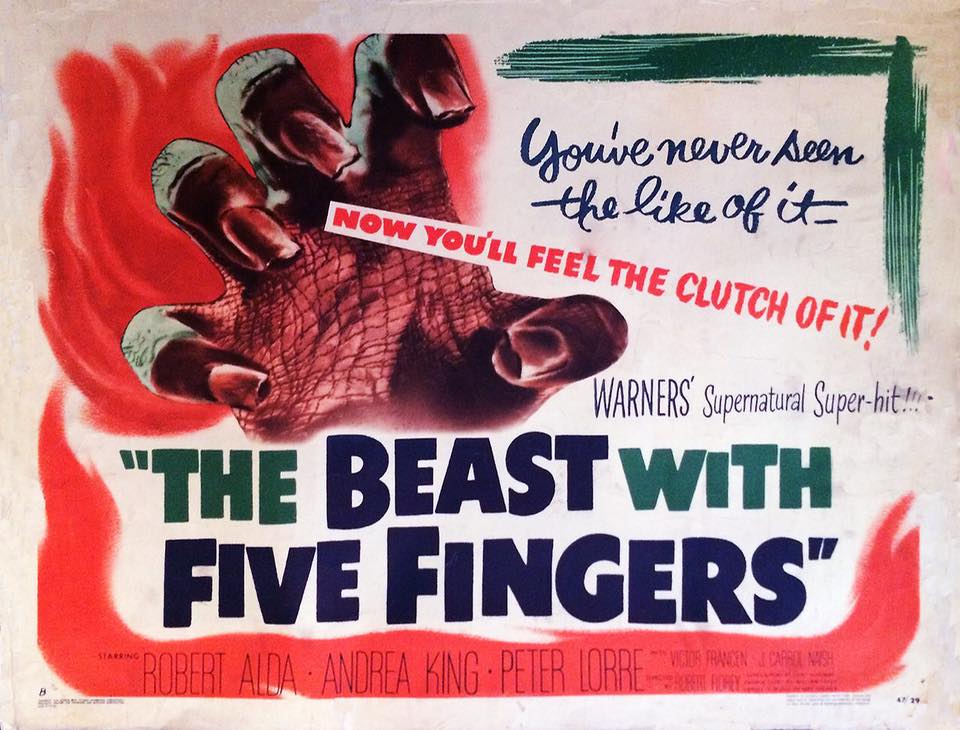 When you get a film with a name like this you’re definitely going in expecting a certain kind of cinematic experience. A giant monster running around or a guy who played with science a little too much and ended up transforming into something truly fantastic. It’s a tried and true formula that always results in a fun experience. Unfortunately this film decided to go away from that format quite a bit. I think the other angle could have been more interesting but this mystery does keep your attention very well so I would still call it a pretty good movie.

The movie starts by showing us Bruce scam a few tourists as he makes a few bucks. He then heads back to the mansion of Francis who used to be excellent at playing the piano but hasn’t had a lot of inspiration to do so after his accident which left him crippled. He is close to death and has all of his closest allies witness him signing the Will. He then falls down a flight of stairs and dies. His only two relatives immediately show up since they expect to be named in the will but instead Francis has given all of the money and his estate to Julie. The relatives decide they have to find a way to void the will but Hillary is thrilled because this means he can continue to study the stars. Unfortunately, a mysterious hand appears and murders the local attorney. It would appear that Francis may not be completely dead quite yet.

This is a classic murder mystery as a mysterious hand goes around murdering people and the characters have to find a way to stop it. The issue is that Hillary can’t seem to convince anyone that the hand is real which presents an issue. The local cop does a fingerprint test and the only print showing up on the murders belongs to Francis..but he died a long time ago. What could this mean!!!? One thing’s for sure, the characters are going to have to keep up their guard at all times. Still, what can a hand do right? Usually that would be your reaction but Francis was shown to be quite strong. In one of the scenes that played before he died, Francis started to choke Hillary even while on his wheelchair and would have slain the guy if Julie hadn’t shown up. Francis was definitely strong for his age and that was a pretty powerful scene that you would not soon forget.

Hillary makes for a very interesting character. He certainly pops out at you the instant he appears. The guy is quite possessive of his books and also likes causing trouble with everyone so he’s definitely not here to make friends. Still, he does add a level of chaos to everything which is always appreciated as shaking things up can be nice. He starts to go off the deep end to an extent by the end though and you’ll be shaking your head at his scenes. The guy has a flair for the dramatic to be sure.

Julie’s a solid heroine. She may have started to get intimidated in the second half but she did stay strong for the most part and I’m glad that she didn’t hand the building off to the relatives initially. That’s a ton of money to keep and it’s not like they were going to give her any part of it if the situation had been reversed. She also does her best to help her friends out but takes some huge risks in the end that weren’t very smart. Then there’s Bruce who is effectively the main character although his role gets smaller in the second half. He’s pretty good at scamming people all the time to earn money so he’s not exactly a hero. I thought he would take a more pro active role in trying to find the hand but he was more amused than anything during the course of the film. The whole thing felt like a game to him.

We can’t forget the Commissario who had a nice role here. He was pretty quick to try and help solve this case. He may not have been able to do much against the hand but it’s always reassuring having a cop in the building here. At the very least it’ll slow down the body count. The body count here was actually quite small so the Hand didn’t make for the most impressive horror villain out there. I suppose a small body count is better than no body count though right? It’s a start at least.

I do think that the film ended a little weakly though. For starters I didn’t like Julie’s final decision as the relatives get too sweet a deal here. They definitely didn’t earn this in the slightest and I would have preferred some kind of big sale instead. That would have made a lot more sense. Additionally, the film ends off with a few different jump scares in a row with a bunch of fake outs. I don’t think that was the most effective way to go about things. The character even started to break the fourth wall which really came out of nowhere. The ending just didn’t mesh well with the rest of the film at all so it comes off as being a little forced with nothing to do with anything. Maybe the film figured it needed some levity because things were getting too serious?

Overall, I would have taken this film in a different direction but it’s a quality title nonetheless. The writing is on point which is always important as all the characters sound very distinguished even when debating each other. They’re all looking to get the upper hand here so you definitely can’t trust anyone and in a way you could say that is how this should be. Every character is always looking to manipulate someone else so why would you trust them in the first place? At the very least you shouldn’t try to talk to any of the characters alone at night when there are no witnesses. I’d still recommend this movie though as it’s a very complete film which is strong in all areas. If it ever got a sequel I’m sure there would be some potential there.

2 thoughts on “The Beast with Five Fingers Review”