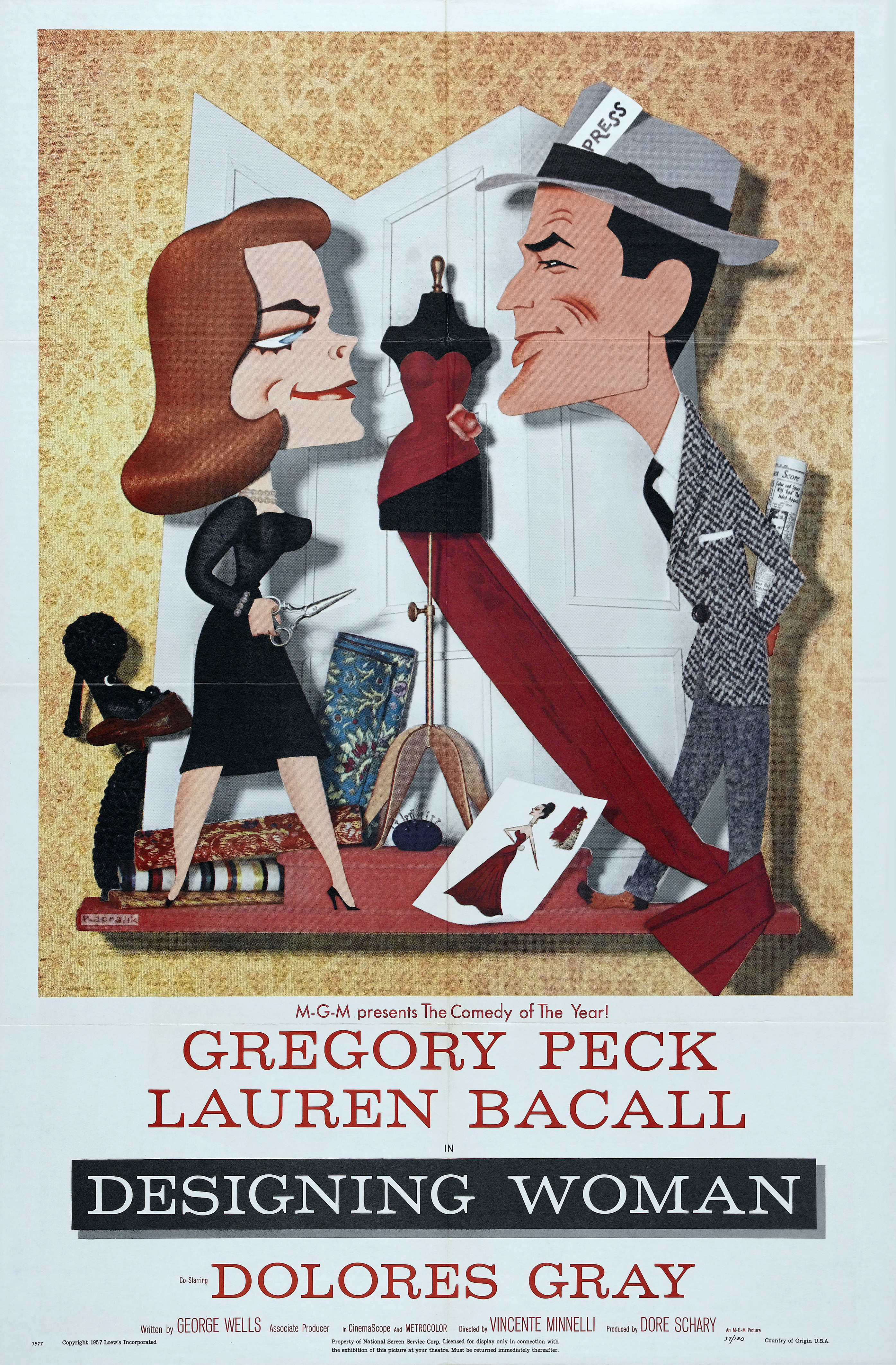 Designing Woman is a quality film through and through. Right away you can tell this is going to be a good movie because it balances out the quality writing and humor pretty well. The romance definitely happens rather quickly but the film spends a lot of time showing how this creates some issues so that part was handled well. Quite a bit happens throughout the film so there’s never a dull moment. Even the very end of the film throws a bit of a twist on how the usual confession type scene would usually play out.

The movie starts off with Mike getting super drunk after celebrating a winning bet. He wakes up the next morning super hung over so everything sounds incredibly loud. Unfortunately he may not have remembered to send in his story either so he may be fired. Things start to look up though when he meets a lady named Marilla who fills in the blanks for him. Before shorting out he was able to send the story in thanks to her help and he even paid her quite well for it. Mike decides to quickly marry her. There’s just one thing he’s forgotten, he was already serious about another lady. Meanwhile, Mike has decided to take down a crooked fighting organizer and that guy is sending some goons to take him down. Can Mike and Marilla manage to square away their differences and get past this or will Mike be taking a hit both physically from the mob and emotionally?

One thing the film does very well here is add in some voices for the characters’ internal monologues. Throughout the film the characters make a lot of comments to add on to the scenes. For context, the film is technically being told as a flashback through the eyes of all the characters involved. That’s why they are all able to add in their commentary. In particular Mike and Marilla do a great job of making the scenes all that much more entertaining. In the scenes a lot of times Mike thinks he is winning or that Marilla doesn’t notice something but that never turns out to be the case. She is quite sharp on these things and doesn’t miss a beat.

Mike’s a fun lead character even if his antics probably wouldn’t be quite as fun in person. For example, his decision to lie about the whole adventure to Marilla is naturally a terrible move. The fact is that it would be harder for her to trust him after this even if his motive was ultimately to try not to hurt her. Really that was a generous depiction given to him, you could say that he was just trying to save himself at that point. He makes his share of mistakes but is definitely an entertaining lead.

Then you have Marilla who’s a blast as well. She is quite crafty and I like that she tends to give a lot of explanations for how her future actions are going to play out in the film. Marilla tries to get to the bottom of things herself after trying to get assistance from the other characters was not working in the slightest. It makes for a fun dynamic with her and Mike. I also liked that instead of the usual drama over their social circles not being very compatible they actually sat down and talked things out with some good compromises. Both characters were very reasonable the whole time which was nice.

The side characters were also on point. Lori did her best to try and help assist Mike through the break up. All things considered she did take it very well and probably wouldn’t have tossed the ravioli on Max if he didn’t go on a long tangent about how great Marilla is. Throughout the film she tries to make things easy on him but he keeps sabotaging himself every which way. I would say Lori had better acting skills than he did and her dog was also a blast. The dog definitely had a lot of personality and constantly wanted hugs. Then you have Maxie who took some big hits back when he was a fighter so he’s not all there now but he came in handy at the end when we got some fights. Same with the actor who was always running around frantically. That guy proved himself when he took out a whole lot of opponents at once.

The fact that we had a big fight scene at the end was pretty cool. It definitely was not something I expected to see here. Despite the film mainly being a light hearted comedy, the fighting/mob angle was handled quite seriously the whole time. It was nice to see the whole case just cut loose. Even Marilla stepped in to get some hits on the villains which was nice because you don’t see that happening quite so often. This is definitely the way you want to handle a climax. Including the phony story Mike tried selling at the end which was pretty funny.

I was also glad that Marilla being rich didn’t immediately get Mike jealous. You see that as a common theme a lot of the time but here he took it in stride. Sure, he was a bit shocked at the whole thing and had to adjust a bit but then he got right back on the saddle and just got with the program. As with everything else they talked it over and got to a good conclusion. That’s where this duo fared better than most leads. They just talk everything through and it’s rare to see two characters so polite the whole time. They definitely do have their big disagreements though and what film would this be without a lot of drama? They were still more mature than I would have expected.

Overall, This is one of those films that just nails the rom-com genre. It gives you a lot of quality humor along with a good cast of characters. There’s a good amount of replay value here thanks to the quality pacing as well. The film is always moving onto the next item and executing all of the scenes well. I really don’t have any negatives to bring up for the film. It executes on all of its plot points quite well. If you’re looking for a solid film to check out then I definitely recommend digging this one up and giving it a whirl.