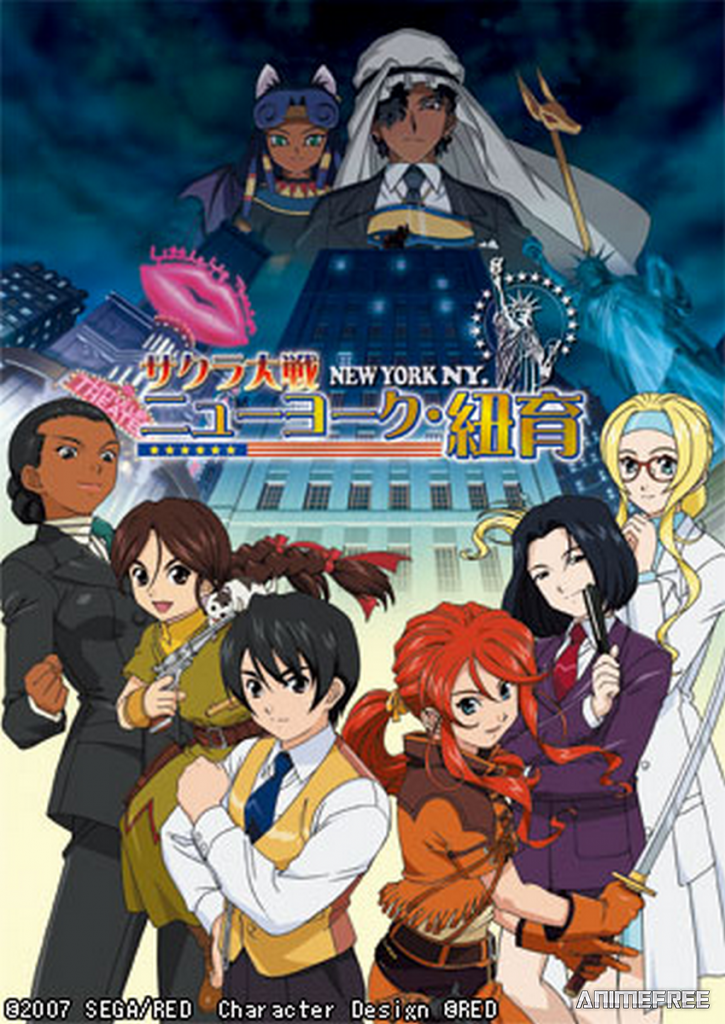 This Sakura Wars OVA definitely feels a lot different from the previous ones. On one hand it easily has a lot more action than any of the others to come before it as well as an ongoing plot instead of being episodic. On the other hand it decides to engage in more harem antics as everyone fights over the main character. It basically evens out so this ends up being on par with the other OVAs but it could have otherwise had potential to be the very best. I suppose that just wasn’t in the cards this time around. I will say the posters for this OVA are easily the best ones I’ve seen compared to the others though.

The story starts off with Shinjiro in high spirits after taking out the Samurai Warriors villain, Nobunaga. When he goes into work he is in for a shock though as it turns out that the troupe is starting a new play for Cleopatra. The worst part is that they want him to be the main heroine in it. Shinjiro never performs in the plays and to be placed into this role is not something he’s looking forward to. Unfortunately the group won’t hear any objections. Meanwhile, a mysterious pair of individuals have appeared. They are targeting various landmarks in New York and seem to want to resurrect Cleopatra or do something with the Egyptian artifacts. Can the New York team of fighters stop them?

First off, I do have to say that the actual premise of the OVA is quite forced. Bare in mind that the Star Division is completely made up of young women with the exception of Shinjiro. So naturally one of them should be playing the main female part right? Instead they play the male roles and you’re left shaking your head. Clearly the whole point of this story is to put Shinjiro in a tricky spot. Then to market the play (Because you do that apparently) he has to run around in his Cleopatra outfit for the entire OVA.

Fortunately for Shinjiro he is oblivious to basically everything but even so, you know that the characters are intentionally messing with him for no real reason. Each episode tends to follow a formula where he hangs out with one of the girls who teases him a lot and then they team up to stop the villains. Sometimes they succeed in protecting the artifact and sometimes they fail. Shinjiro’s costume is also so realistic that the villain actually mistakes him for Cleopatra as well so there’s also that.

On the positive side, as I mentioned we do get some real fights. This is due in part to the fact that these villains have actual powers. The main villain can use his energies to summon monsters and his sidekick can fly. We get a solid hand to hand fight with Subaru even if you could tell that the budget wasn’t entirely ready at that moment. On the whole I would say the animation is good though. The final fight looks really solid for sure and on the whole the character models are on point. That fight just felt like there was less going on despite it being a close quarters encounter. The soundtrack is more on the bland side but we do get the intro song near the end so that was fun. Adding a lyrical song at the end is always a good move.

In true harem style each episode focuses on a different character. Shinjiro gets to hang out with almost everyone although at 6 episodes there isn’t quite enough time for everyone with the plot also taking time to shine as well as Shinjiro’s mother showing up. The episode with his mother was definitely pretty fun. It was definitely nice to see her clowning on the team. It makes sense that she would be quite powerful since she’s related to Ogami. Clearly even though she is not on the front lines her fighting ability hasn’t decreased.

For the rest of the characters, Gemini is still the best heroine of the group like in the games. Admittedly she doesn’t get a huge role here but she does always try to support Shinjiro and doesn’t mess with him the way that some of the others do. She’s also always up for a fight which I think is important. When all of the characters brought Shinjiro various meals to cheer him up, her idea of steak had to be one of the best options. I’ll take that over the other meals which were pancakes, chicken n rice, fish, and some more that I’m probably not remembering. 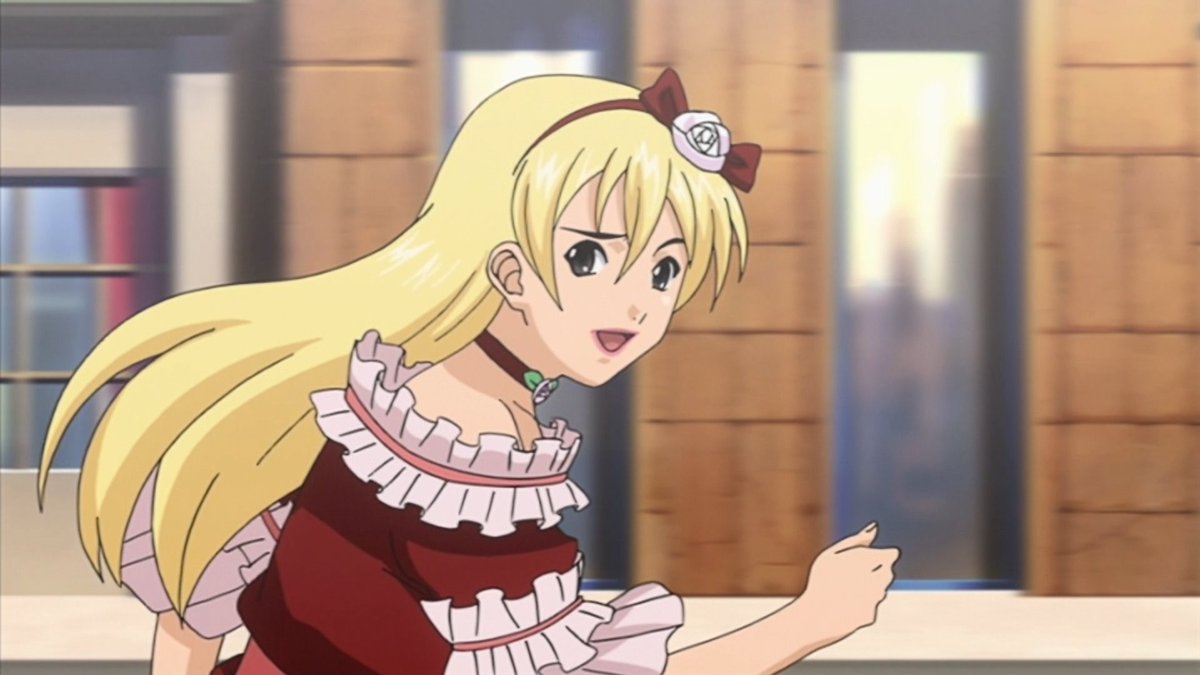 Shinjiro Sagitta helps get Shinjiro out of a jam when he’s being peppered with questions from his Mom but otherwise doesn’t get quite as big a role as the other heroines here. Then you have Diana who is still the worst member of the group. She never has Shinjiro’s back when it counts and isn’t as decisive as the others. I didn’t care for her much in the game either. Rikaritta’s really a kid compared to the others so you can’t take her quite as seriously in a fight. She’s a gun character with her twin gun style but sometimes they’re fake guns anyway so it’s not quite the same as a real weapon. While it’s a comedy plot she does always threaten to eat her pet as well which is a big no no.

Finally there is Subaru who may get the biggest role here and I dare say the OVA was shipping her the most. She’s relatively emotionless next to the other characters but also turns out to be the strongest one. She’s the only character to actually try to attack the main villain on her own and she was doing pretty well in the fight. Without any outside interference she very well could have won the battle and ended the OVA just like that.

As for Shinjiro, I can’t say he’s the best character. He spends a whole lot of the OVA yelling and being pushed around. Almost every episode ends with him yelling as the other characters tease him. He never stands up for himself. The only thing Shinjiro has going for him is the fact that he’s a solid fighter. While Ogami is likely still stronger, we see Shinjiro fighting outside the mech with his twin blade style more which is important. He’s not afraid to get out there and start fighting. He definitely should have declined the play position though if everyone was just going to make fun of him the whole time though.

While I was glad to have a real villain here, the villain was pretty bad. I don’t even remember his name and the wiki doesn’t bother to list his name on the OVA page as it is. That’s how forgettable the poor guy is. My main issue here is how he keeps on thinking that Shinjiro is the reincarnation of Cleopatra somehow and constantly suffers from huge headaches whenever he uses his ability. There’s no way you can get intimidated by someone who can’t even control his ability right? No matter how you slice it, this guy just isn’t impressive in the slightest. His sidekick was more interesting and she didn’t get to do much.

So at its core this OVA has quite a lot to make fun of. It’s clear that it was just thrown together without a ton of effort or anything. That said, it is nostalgic to see the cast from the game. Despite the crazy plots, the episodes all do flow together well and are over in a blast. The episodes can be ironically funny and I would say the writing is good. The villains may not be very solid but we do still get real fight scenes. It also can’t be understated how having a real ongoing plot is a nice change of pace as well. There’s a lot more you could have done with the New York cast to be honest but this is a start. 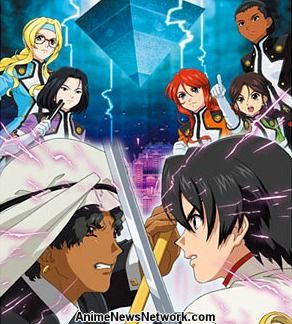 Overall, Sakura Wars: New York is going for a very different direction than the specials before this. I guess New York would have to be a little different right? It’s not perfect and the story is so incredibly forced, but it’ll keep your attention. If you liked the Sakura Wars video game based in this location then you’ll like the OVA even more. It’s pretty fun and at the end of the day that is important. I wouldn’t say there are any negatives that really end up hurting the OVA. SO it may not rise up to great territory but it’s pretty good and a consistent watch. I wonder if these characters will ever return.