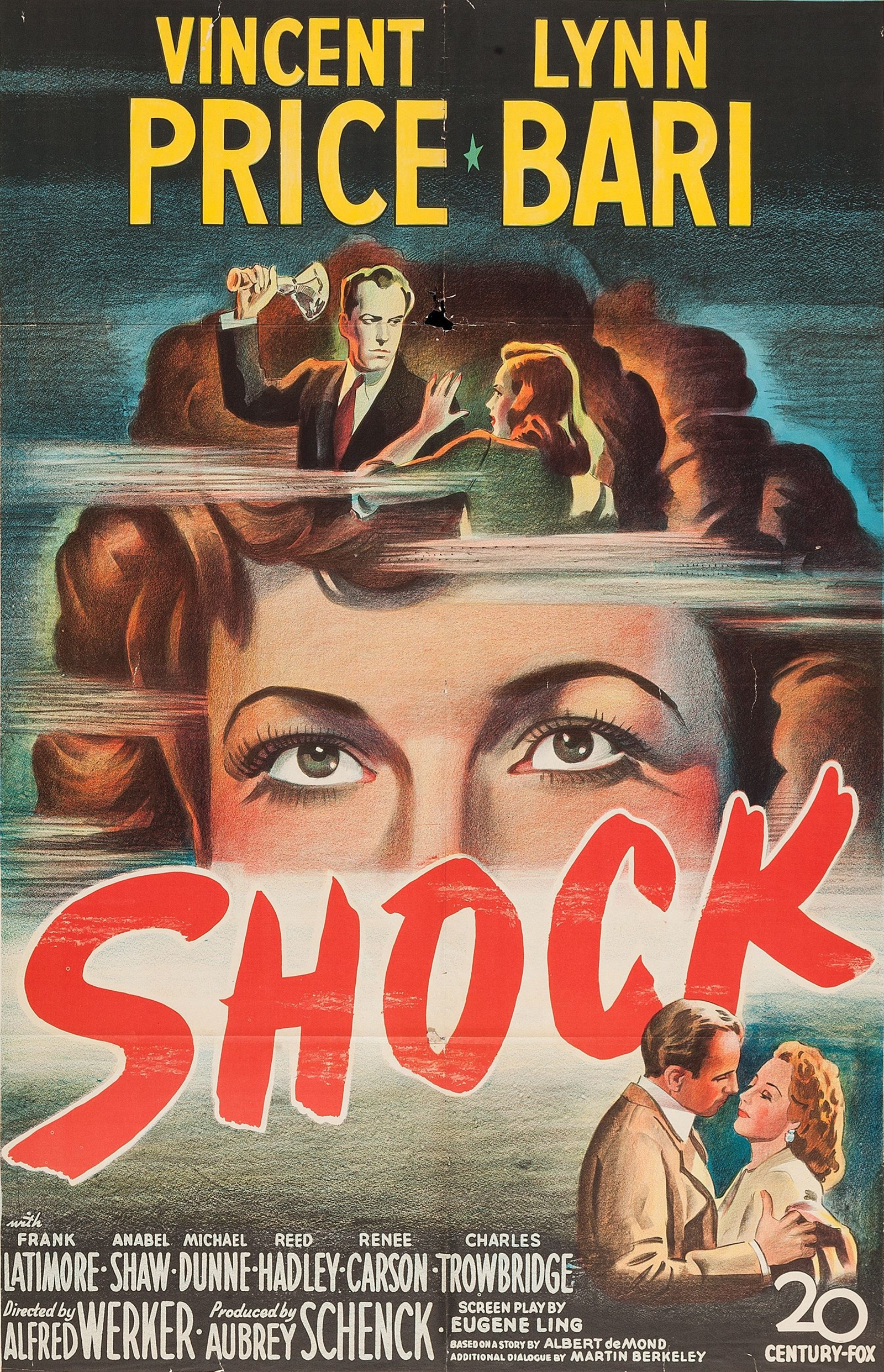 Shock is a pretty old movie about why you have to be careful how you word things. The main heroine could have saved herself a lot of grief if she had handled things better and on the other hand, the main guy should have been more on the ball. Throughout the movie you may be wondering how the heroes can get out of their fate since they are falling into all of the old traps. The movie is pretty short so you won’t have to wonder for too long.

It’s only around an hour after all so there is definitely not a whole lot of time here. The movie starts off with Janet arriving at a hotel to prepare for her husband’s arrival after being a prisoner of war for many years. Unfortunately either the hotel lost her reservation or she forgot to make one but they say she can stay for a day. She goes to her room but then witnesses Dr. Cross murdering his wife through the window. This puts her in a state of shock so fantastic that she is unable to move or make a sound. Her husband Paul arrives and sees her in this state so he quickly calls the doctor who then calls in Dr. Cross since Cross is the world’s leading expert in this kind of thing. Cross explains he can fix her but he’ll have to do it in his private hospital. Cross takes her there and his new girlfriend Elaine realizes that Janet is the only witness to the murder. They will have to make sure she never recovers.

Now this plot does hinge on quite a few things. One of the big ones of course being the fact that if Janet had been able to react even slightly or do anything other than panic the whole time then they wouldn’t have even taken her to the hospital. Paul did a pretty bad job of trying to wake her up as well to be honest. You’d think there are a lot of things you could try before taking her to a private hospital.

The only thing I would say on Paul’s behalf is at least the hospital doesn’t seem shady on its surface. It has a great reputation along with the lead doctor and it has been generating positive results for an incredibly long time. There is no reason to doubt that he would heal her…initially. As the film goes on Janet flat out tells Paul why she got traumatized and how Cross murdered his wife, but Paul doesn’t believe her at all. Throughout the film he gives authorization for all kinds of treatments to be used on her which just makes you shake your head.

As Paul even notes many times, Janet is not getting better so why let this continue? The fact that she was able to recognize him and have a discussion…multiple times should have told him that something was up. That’s why Paul ended up being my least favorite character in the film. He could and should have handled everything so much better than he did. He just ended up putting Janet in a lot of danger the whole time.

As for Janet, she’s not innocent either. Really, she could have framed things so much better. Put it this way, when she first woke up she could have quickly played along so everyone would see she was sane and she could have left the hospital immediately. She could have told Paul she wanted to leave with him or even said something like they had not been letting her see him for a while. Something to put him on high alert so they could leave. Jumping right into the story about Cross murdering the wife and yelling just helped make Paul think she was crazy. Now, either way Paul should have helped but this didn’t do her any favors. Same with her initial escape attempt.

Then we have Elaine who is definitely portrayed as the most sinister character. She has absolutely 0 qualms about just murdering everyone in their way. She’s consistent in that degree which doesn’t bode well for her by the end. Then you have Cross who tries to be a lot more wishy washy about the whole thing which is hard to buy. You don’t just murder someone without meaning to do so and you especially don’t end up doing that twice. I wasn’t buying that in either instance. So when he keeps on talking about how he didn’t mean to and everything it’s hard to buy into that. Even his quick change of heart at the end doesn’t amount to much because he had already gone this far. Such a character just can’t be trusted.

Shock is a film where it can be tough to see how everyone is manipulated so easily. I can cut some characters a break like the inspector and the number 1 authority on shocks because from what both of them saw there just wasn’t anything to suspect. It’s a little harder to buy into some of the staff but the trickiest characters are absolutely Paul and Janet because there just isn’t a whole lot of defending either one of them. They just keep putting themselves in worse and worse positions.

The writing in the film is solid even with the characters acting like this though. I always like the script and dialogue with films back in this era as all of the characters just sound very regal and sophisticated. The style works out rather well. The pacing is naturally pretty decent with the film being so short and all. There’s no way this movie could end up dragging out at this point.

Overall, Shock is a film that has a pretty direct plot from start to finish. You do feel like the characters could have handled this a lot better though which can be a bit annoying at times. It’s a shame since the actual hospital did end up being rather legitimate but having someone corrupt at the top is all you need to completely destroy the whole environment. It’s a decent film so I’d recommend it if you want to watch an old school thriller but there are better options out there.