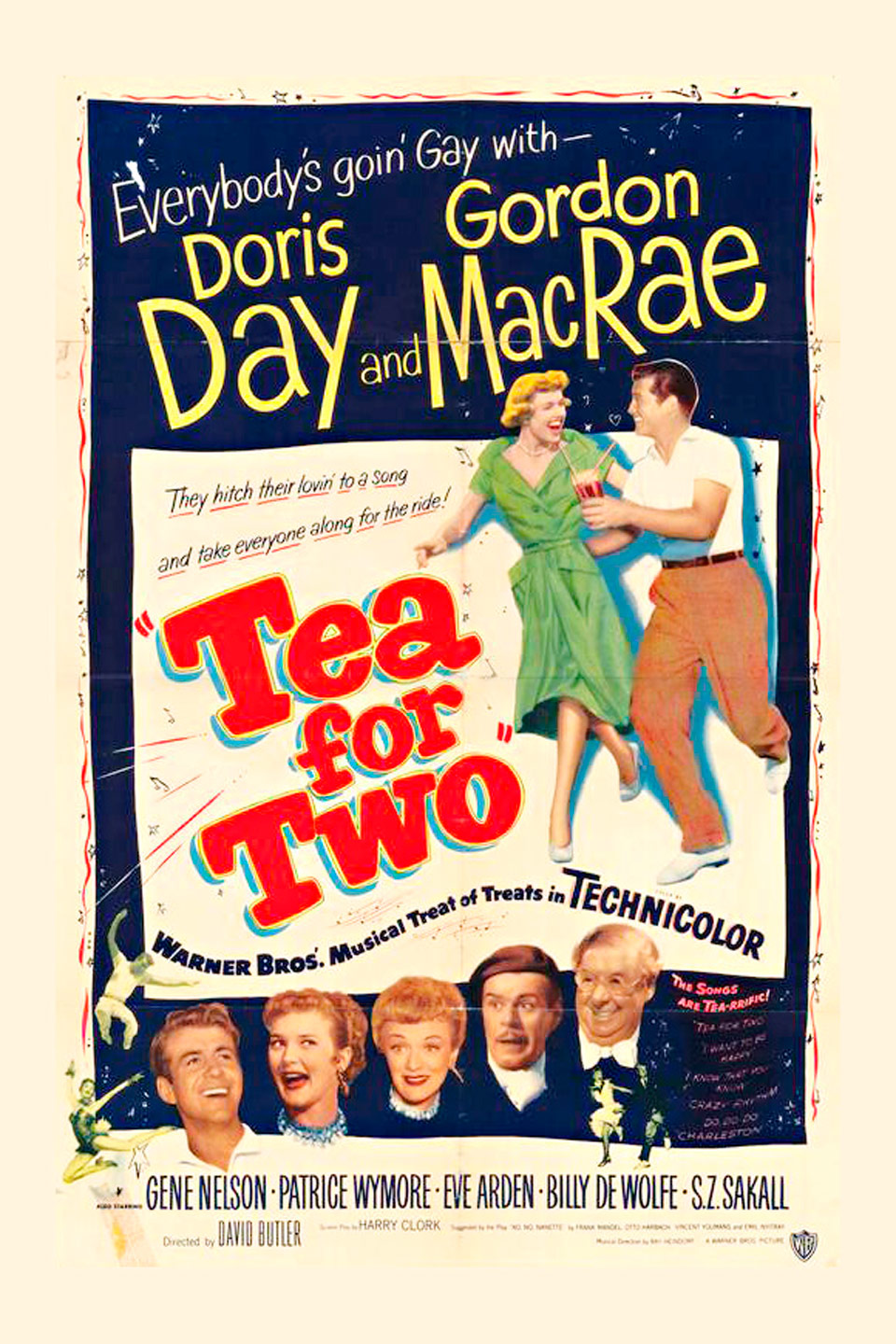 Time to look at a classic Doris Day film. This one may not be as strong as most of her other titles but it’s still a pretty good movie all the same. It definitely goes to show that you have to be pretty careful when entering into a deal because you never know how things will turn out.

The movie introduces us to Uncle Max who is having a rather bad day. See, he’s a very rich man, however the stock market just crashed and he lost all of his money since he had placed it in stocks against the advice of his accountant. Now Max is utterly broke but he doesn’t know how to tell Nanette this so he stays quiet. Meanwhile Nanette is getting swindled by a corrupt talent show owner named Larry. Larry has fed her a sob story about Jimmy’s family being under some tough times so she needs to donate a few thousand to his failing show. She agrees to do it, however Nanette has to be the leading lady. Larry agrees while also promising the part to another girl.

Nanette asks Max to give her the money but he doesn’t want to. In part because he doesn’t have any money to give and in part because it’s Larry and everyone knows what a crook that guy is. This leads them to make a bet. If Nanette can resist saying the word yes for a full week then she will have won the money. If she loses then she won’t be able to buy anything crazy for a full year. The race is on!

Tea For Two embraces how crazy the plot is rather well. I would say the best gag in the entire film is when we find out that the accountant is effectively the one who bankrupt Max since he short sold all the stocks that Max owned. Rather than holding a grudge Max never even calls him out on it so you can’t help but think that he didn’t realize this or jus isn’t very smart. Either way the accountant had the last laugh there but is still right by Max’s side the rest of the film. I guess it’s nice that he wants to help now but the damage is already done.

The accountant has a bit of a rushed plot near the end that doesn’t make much sense though. It’s one of those romances that happens so fast you have to shake your head. It doesn’t feel like it was set up at all. Pauline is another side character in the film who is mainly here to help Nanette out. After all, Nanette tends to be fooled rather quickly so Pauline does her best to get the lead not to say yes very easily. Unfortunately Nanette is not easily stopped. It’s always fun to see Pauline throwing a lot of insults at the villain though.

Nanette does get fooled way too easily though especially considering how she already knows that Larry is no good. They constantly mention this and everyone mocks the guy. Why would she believe such a fantastic story from him without at least asking Jimmy straight up first? That would have been the best way to handle things. At least Nanette is quite persistent in trying to win the bet and never falters no matter how many sacrifices she has to make.

Jimmy is equally to blame though as the guy never clued Nanette in. He only does once he admits that he has fallen from her so he felt bad keeping the secret any longer but the translation to that is that unless he loves someone he has no qualms with keeping important secrets. That’s not a good sign in the slightest. As a result I couldn’t back this romance up either.

Larry is as much of a total villain as you can be here. The guy is extremely pushy, lies all the time, and isn’t even very smart so he makes a lot of mistakes. You’re not meant to sympathize with him in the slightest. He’s fooling around with multiple girls at once and of course nobody tries to stop him. Ultimately it seems like all of the main characters were rather weak and would rather look the other way than to try and set things right. It does make for some fun shenanigans but at other times it just backfires.

He gets away with a whole lot with Nanette like greeting her with a kiss and constantly grabbing onto her. She always breaks free and insults him but after the fact it feels a bit late. Stopping him first off should be the main goal and you’d think one of the other friends would help out but they’re always just twiddling their thumbs.

Max was definitely my favorite character. Sure, the stocks didn’t work out but it is hindsight. You can see why he went there instead of bonds as those don’t tend to grow a whole lot. They just stay in the same place over and over again but are safer. So it’s a tough call of course but Max means well. He brings a lot of fun humor to the film throughout. He doesn’t hold back when it comes to trying to win the deal but doesn’t cheat or do anything like that. He just goes all in.

At the end of the day the writing is good and the film really flows by so I wouldn’t say I had any real issues with the movie. At most it just feels like the plot is a bit forced because I don’t see why Nanette would believe Larry’s story for even a minute. Not after all the crazy scenes we see of him trying to trick everyone and generally acting as awfully as possible. The guy has no manners and somehow thinks he is still together with Nanette. You can’t reason with someone like that and so that part has not aged well in a logic sense. Somehow everyone still trusts the guy which is crazy but the ending for his character is done really well.

Overall, Tea For Two is weaker than the other Doris Day films in part due to the cast not being quite as solid as normal and both romances not being very good. Still, the movie excels with its humor and you are bound to have a good time. Even if the characters annoy you it’s not as if any of them are awful. You’ll be glad for the flashback to start though as the film begins with you thinking that the kids are going to be main characters and that would not have been good. If you like Doris Day films or just want to watch a fun little comedy then this is a good one to check out.

2 thoughts on “Tea for Two Review”