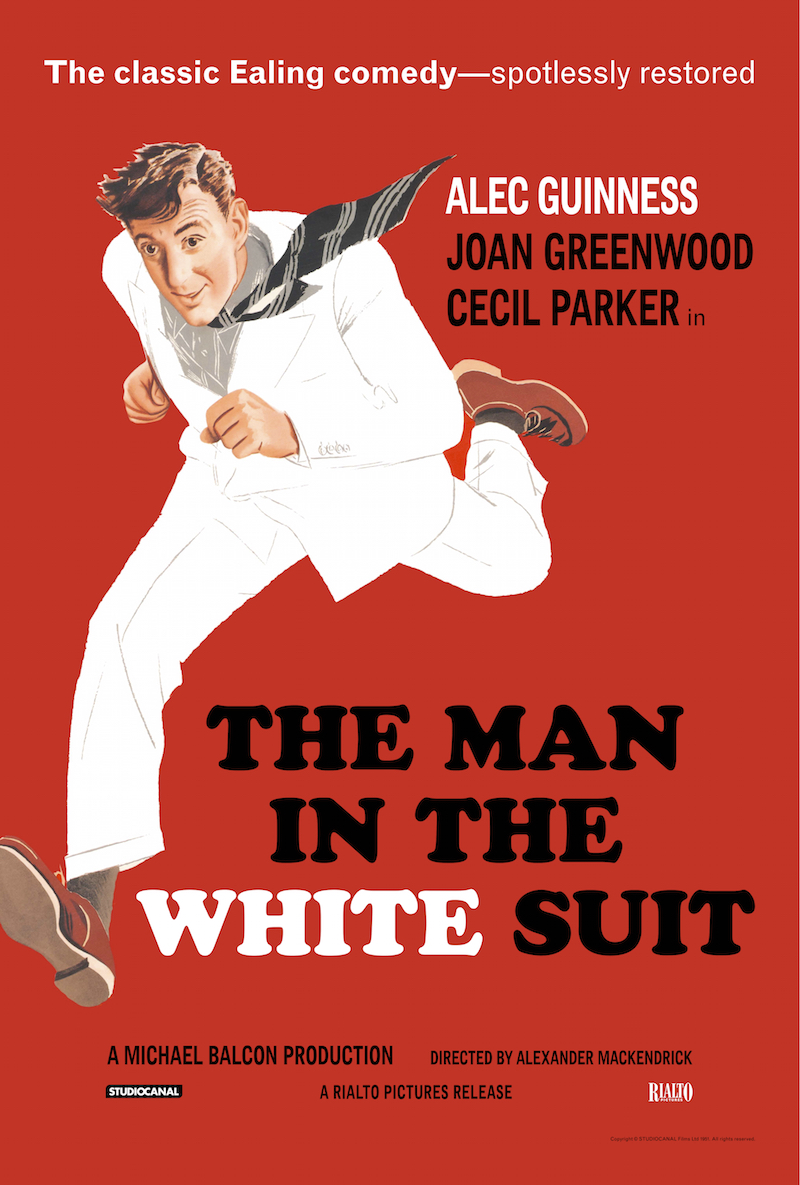 This is the kind of film where you really can’t tell a whole lot by the title alone. This could be a spy film, a thriller, or something else. In this case it’s the latter as this is a comedic film about someone trying to enact real change. It’s got a good blend of humor and serious moments here. The climax even gets emotional enough where you may shed a tear. It’s a well balanced title that I could definitely recommend to any fan of the cinema.

The movie starts out by spoiling the entire ending of the film which I always thought is the worst way to start a movie. Seriously, don’t do this. It destroys all the tension straight off the bat and makes you shake your head. If at all possible I recommend skipping the first few minutes until we cut away to the flashback where the real film starts. Trust me, that is absolutely your best bet.

So the real start has corporate is talking over some deals with textiles and fabrics. See, this company is one of the biggest Mills in the world and they employ a lot of people who help insure that their fabrics are top notch. Unfortunately someone wasted a lot of money on some kind of music machine. This man (Sidney) is promptly fired and apparently this is not the first time it’s happened. The poor guy has been through a lot of jobs although to an extent it is his fault since he keeps stealing lab equipment and doing unauthorized purchases for his experiments.

Sidney manages to get hired at another mill and begins his experiments once again. Turns out it was not a music machine he was making but rather, an advanced fabric that will never stain or go bad. You could finally have a shirt that you can wear for eternity or a pair of jeans that will never wrinkle. Not a bad idea eh? Sidney pitches it to the company and is proud to say that he has changed the world but there is one…wrinkle to this. Nobody actually wants this invention.

Clothing manufacturers realize that this will incredibly reduce their profits since people won’t need them anymore. All the production/assembly workers at the Mills don’t like this since they won’t be needed anymore so they get in on the action too. The entire Worker’s Union is ready for some action. Sidney’s family, friends, and acquaintances are all after him now. It’s quite clear that if Sidney ends up making this invention that he will have alienated everyone he ever cared about. Can he still go through with it?

It’s definitely an emotional part of the story because Sidney’s motives were really not bad. He saw an issue and decided to fix it with science. The way he went about doing it was not the best but he ultimately came through on the product. Everyone turning on him felt like it came out of nowhere from his eyes since he had never even noticed the opposition. It was a rough blow to have to try and endure.

Now, for my two cents on it, I think it is a good invention. The film and the various characters in it all portray this as being a bad thing since it will erase so many jobs. The thing about that is, it will be true for any technological invention. Imagine the response when cell phones were created which hurt the landline companies or email which hurt the postal service. The thing is, any technical advancement will always hurt what came before it. It’s certainly not something fun to think about, but that’s just the way that it is. Ultimately it balances out as new kinds of jobs are created. Perhaps at some point there will be an invention so good that it doesn’t have a replacement but clean permanent shirts won’t be one of them.

In the movie you’re meant to root against Sidney but I couldn’t bring myself too. It was such a bold idea that you would hope he escapes and lives to fight another day. Either way you can bet that we have a really solid climax that is actually played pretty seriously.

While the review may make the whole movie sound serious, keep in mind that it is a comedy film first and foremost. The movie has a lot of fun with these concepts and making the characters a bit on the exaggerated side. The machine itself has a fun little music jingle that plays whenever it is on. You have to wonder how people didn’t notice it sooner with how loud the thing is. It also leads to a very hype ending to the movie that could even lead into a sequel should the writers ever want to bring that back into the mix.

The character cast is surprisingly big but that helps to add to the grand feel of the movie. You’ve got a lot of managers here, a big boss who is so old that he can barely move and of course a lot of middle management involved as well. There’s also a main heroine here who wants Sidney to succeed since it would mean her fiancé would have more time for her instead of always worrying about the job. Unfortunately he doesn’t turn out to be the best guy.

At one point the characters decide that the only way to get Sidney is to use the main heroine as bait. Effectively they want her to do whatever it takes in order to convince him and even her fiance agrees to this. You can tell that their bond was over at this very point. I wouldn’t consider any proper romance to develop with Sidney after this, but the scene of her pretending to try and get his interest was painful. It also makes Sidney look pretty shallow here since he allows everything to happen before telling her that he’s still going through with his invention. Nice guy….

That’s the only weak element of the film. The rest of its run is just very strong with a lot of excellent writing and dialogue. The humor is handled really well too with a lot of solid execution and throughout you will find the scenes quite funny. It’s less of an over the top humor style and more about subtle things that just don’t sit right. It’s all in the reactions or in the sound of the music. It’s also fun when corporate is running around trying to figure out where their money went.

Overall, The Man in the White Suit is a pretty original film. It’s got a solid story and great pacing throughout. I can’t say that I’ve seen a film quite like this one before. It’s unique in all the right ways and if you just want a low key film that’s pretty fun, this is the one to check out. You definitely won’t regret it that’s for sure.