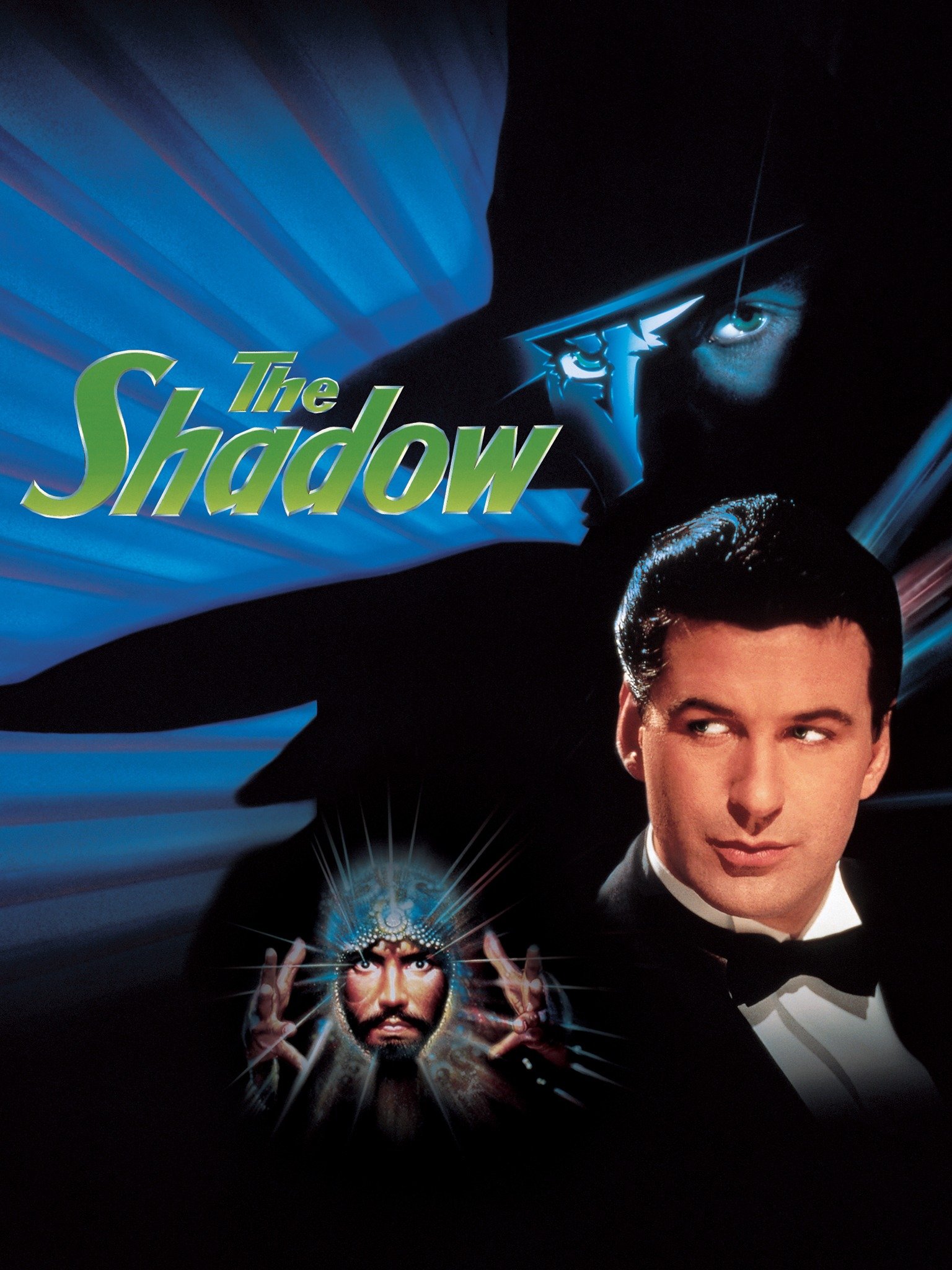 The Shadow isn’t exactly a household name so if you have no idea who this guy is, that’s fine. All you need to know is that he is basically Batman and lives in a city like Gotham. I liked how close this whole movie felt to being an unofficial Batman movie and it made the most of this. The writing is strong and the action is good. It’s just a pretty solid all around title with a lot of replay value.

Lamont started out as a bit of a villain himself. He used his wealth to really become a villainous leader the likes of which his city had never seen. This would likely disrupt the status quo so some ninjas kidnap Lamont and give him a choice. He can become a crime fighting superhero or they’ll murder him. Lamont very reluctantly agrees to these terms after he’s roughed up. Many years later he returns to the city under his new superhero name..The Shadow.

By day Lamont just enjoys his money and keeps a low profile, but by night he terrorized villains. Unlike most heroes he also starts up a network of allies using the people he saves. Effectively they owe their lives to him now so he says he will collect on favors from time to time. He’ll call up one of these guys to ask for intel or even sometimes just for a ride. It’s in your best interests to stays on this guy’s good side so people don’t really complain.

Unfortunately the world is about to be shaken up because Genghis Khan’s descendent Shiwan has returned. Honestly I thought that was Genghis the whole time but apparently he’s a descendent according to Wikipedia. I suppose he may have mentioned that like once in the whole movie but there’s not much difference in how you would imagine their characters to be. Shiwan is creating a bomb so he can take out the pesky humans. He has been trained by the League of Assassins (Close enough at least) just like Lamont so this won’t be an easy fight. It may be time to call in for some backup.

Right from the jump, The Shadow looks like a solid hero. I like how he is always laughing hysterically when he chases the villains. That’s definitely a good way to put the fear into them. After all, when you’re one of the villains then it sounds like you’re being hounded by someone who’s truly insane. It was rather dark and foggy during the opening action scene as well so it’s hard to know what’s going on.

Then you have Lamont’s super powers. First, he can use telepathy to mess with your mind. It’s like the Jedi Mind Trick, if he tells you to believe something then you’re going to believe it. There’s really no discussion or debate here, what the Shadow says goes. Then he can effectively turn invisible. Now this is likely related to the mind tricks as well. He causes you to see what he wants you to see.

He calls it “Clouding their minds” whenever he talks about his abilities. It’s like having nonstop illusions so there’s no way any human can even come close to taking him on. He’s quite impressive and it’s nice to see a superhero who really can hold his own. Back in these days you’d usually expect the hero to take a lot of L’s.

Another reason why the Shadow is good is because he talks a good game. The guy isn’t afraid of anyone and even talks tough to Shiwan. The Shadow just doesn’t back down. He doesn’t have a perfect record here as he does nearly go to a watery grave against someone who wasn’t all that powerful but for the most part he looks rather good here.

Then you have the main heroine Margo. She has telepathic abilities as well which is a solid counter to The Shadow. Unlike his mental clouding abilities where he has to proactively activate it to trick people, she can see directly into other people’s thoughts. It’s a passive ability so effectively it’s always on. For a man with a secret identity that’s a very risky proposition. Margo was a solid heroine though. She does her best to help out and the fact that she has powers allows her to do this a lot easier than a normal person would have been able to.

Shiwan is not very impressive as the main villain though. I was seriously not impressed. We know that he can fight given how much training he has, but surprisingly we don’t really get to see this. I was surprised by that at the very least because usually we would get a big fight in the climax. So he talked tough but I felt like he couldn’t quite live up to it which hurts him as a character tremendously.

The music throughout the film is also great. Get ready for a lot of tunes that sound like something out of the Batman 90’s show. It’s all really authentic and adds to the mystery surrounding the Shadow. Seriously if you just change the name to Batman, I think a lot of people wouldn’t even notice and this could be treated as a What If for Batman. The effects have also aged pretty well. I like how they handled all of the shadow fight scenes. The hand to hand in general is good as always.

Overall, The Shadow was better than I thought it would be. It’s a very solid all around title and does a lot of things in a rather unique way which separates it from the pack. Seeing Lamont constantly laughing the whole time for example was a genius decision. I don’t know if he does that in the comics as well, but it’s a good way to differentiate himself from the other heroes. Additionally, it just seems like it would be really effective. If you haven’t seen this title yet then I definitely recommend changing that. Any comic book movie or action fan won’t want to miss this.