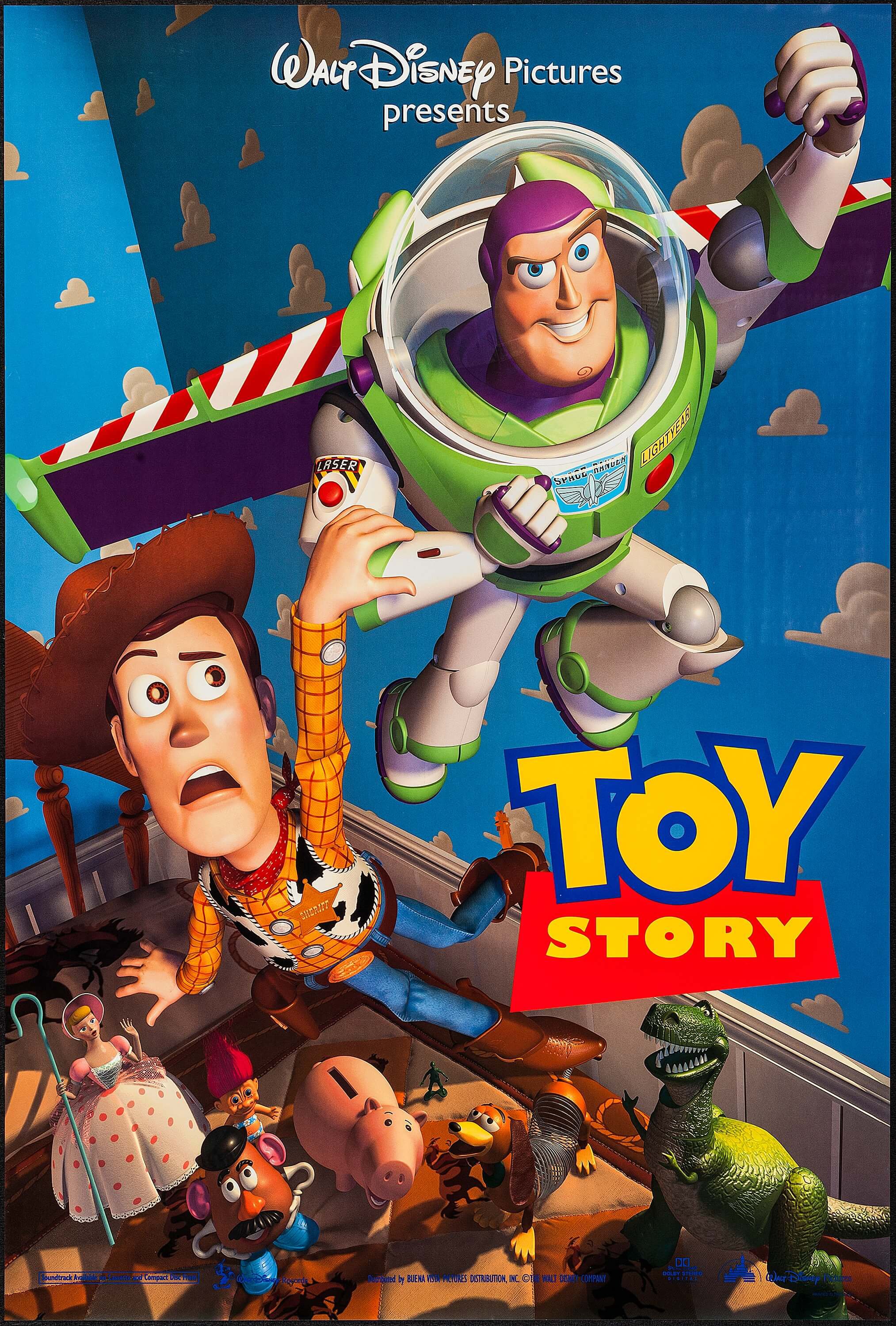 Toy Story is certainly a classic movie that is extremely well known. It’s rare for Pixar to turn one movie into 4 like this but Toy Story has proven time and time again to be a big draw. It’s been ages since I saw the original and I never reviewed it so now was the time. It holds up quite well to this day with a strong story and quality characters. You can see how it ended up being a winner.

The movie begins with introducing us to Woody and his friends. On this planet, all toys are sentient creatures who simply live by a code not to let humans know that they are real. They’re quite good at playing dead to the point where it seems like an innate ability. One day, their owner Andy gets a new toy and that throws everything into a different perspective. His name is Buzz Lightyear and he doesn’t believe that he is a toy. The guy thinks he is legitimately a galactic agent and despite this, all of Woody’s friends are hanging out with him now. Woody makes a desperate attempt to take Buzz out once and for all, but this leads to both of them getting stranded away from home. Can they possibly return or will they die against the bully next door?

Since they are all toys here, even crossing a small distance can be difficult. After all for a decent part of the film they’re only a few blocks away but it’s still quite the journey. The toughest part of their journey was when they were only 1 block away so it gives you a good sense of scale here. Doing just about anything can be tricky for them.

The animation’s pretty solid. It’s fun how they make the toys move while keeping them looking fairly realistic. The Buzz figure for example is something I could definitely see myself having fun with many years ago. It’s quite high quality and had a lot of gadgets. Back in my day the action figures didn’t have voice acting like this. Aside from Andy the only humans we see are usually antagonists and are drawn to look rather ugly like the characters in Finding Nemo. Get ready for the main bully who even blows up toys.

Now if you think about it, the fact that toys are all alive can get rather dark for them. Still, when they enter their toy state they are able to block out pain and such fairly well so hopefully that helps when being blown to smithereens. It should help…right? It might also help with memory like Buzz thinking he’s real even while being played with the whole time. You can probably assume that he’s just in deep cover since he knows he couldn’t fight the humans or he’s a bit slow on the uptake. That’s one of the main comedic plots here so I suppose you just don’t want to look into it too much.

Buzz was the best character either way though. I liked his confidence and he’s definitely a lot more pro active than the rest of the characters. If he wants to do something then he’s just going to go ahead and do it. He doesn’t need any complicated plans or anything like that. Buzz is also quick to assume the best and help the others out which is why he fell for Woody’s trap. Woody may have thrown a lot of insults his way but Buzz didn’t take any of them too seriously. He was also beating Woody when they had their fight.

I think it’s fair to say that Woody was still the main character here though. His character arc here is really coming to terms with the fact that Andy wants to spend more time with Buzz. Woody had been so used to being in first place all the time that anything lower just didn’t sit right with him. In a way he probably can’t understand how the other toys feel as a result since they were never number 1. Gradually he realizes that he’s being better and starts being a nicer toy.

It’s a solid character arc from start to finish. Naturally there are a bunch of other main supporting toys but Woody and Buzz got the biggest roles. The pig was good for a lot of his one liners. He seems a lot more jaded than the rest and loves throwing out insults whenever he can. You’ve got the Potato Head who is reasonably tough. He’s a little less vocal than the others but is always around. Then you have the dog who can really stretch.

I’m not really sure what the point of that toy would be though. Do you play with it just by pulling it around? Dunno, it doesn’t have a whole lot of appeal but as a character he’s cool. The dog is useful in a lot of situations. Bo Peep was a nice enough character who gives Woody encouragement from time to time. She doesn’t appear as much as the main crew though and just comes in to save the day at times. Finally there’s Rex the dinosaur who may not be the toughest dino around but Buzz gives him some nice pointers.

A film like Toy Story will really live or die by the writing. You could say that for any film I suppose but particularly it’s true for films that aren’t big action thrillers or films with big emotional highs like a sport title. This is really a slice of life title about toys realizing what it means to be a toy. If the writing was lackluster or boring then the film would reflect that real quick.

Instead the film stays interesting throughout because the characters are all fun and the dialogue is good. The film also feels incredibly short though. It’s really over before you know it. Animated movies do tend to be on the shorter side but maybe it felt extra short because it was so good. It tells a complete story from the character introductions to the big climax at the end. The toys finally have a sense of unity to them so now they’re ready for the second film.

I wouldn’t say I have any complaints here. There wasn’t any part of the film I found weak. It’s a very unique concept and the movie had a lot of fun showing how crazy the whole thing was. The characters have to constantly run and hide not to mention how they live in fear of every Birthday party. It’s a stressful life being a toy but someone’s got to live it. I would say they should probably just hide somewhere so they’re never found and can just wander around all day but it seems like being played with is a toy’s greatest desire so that wouldn’t appeal to them. It’s interesting since the movie effectively built a bunch of rules around being a toy so that’s pretty neat.

Overall, Toy Story is a solid film. It’s definitely one of the stronger Pixar titles and has a lot of replay value. The gags all work well and the characters are likable which is all you really need to have a good hit. We’ll see if the sequels are able to match or even surpass the original or if it’s all downhill from here. Sequels always have a lot of pressure on them after all.