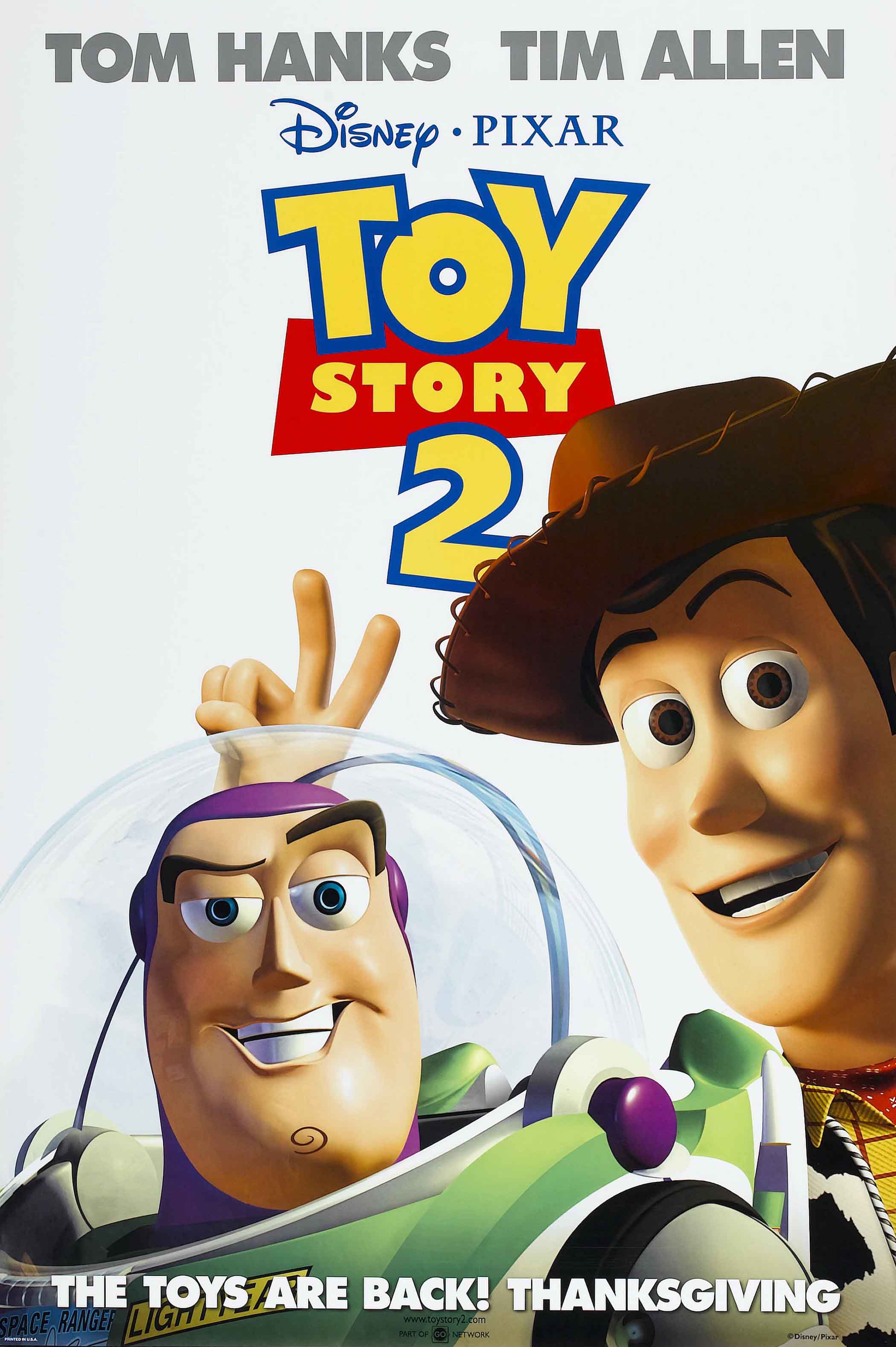 The sequel has arrived. Toy Story 2 is one of those films where I remembered the villain quite well but not some of the other elements as much. It’s definitely a solid title and for the big question of whether or not it defeats the original, I’d say that it does. It’s a pretty solid follow up to the classic and we get to actually have Buzz confront his ultimate villain. What’s not to love right?

Picking up where the first film left off, Andy is now growing older. He has to make certain decisions on which toys he wants to play with. Unfortunately for Woody, he has been ditched again after injuring his arm. We get the iconic scene where Andy drops Woody and runs off. Woody makes a daring rescue to save another toy but in his weakened condition he is unable to escape the powers of the chicken man employee who steals Woody and decides to make some huge profits.

Buzz and friends are naturally on the job to save Woody but it’ll be difficult. Buzz is used to these grand adventures but the rest of the toys are just normal house toys and don’t really know what to do in these situations. Buzz will really have to carry them here. Meanwhile for Woody, he starts having some doubts on if he really wants to go back home to Andy. If he stays with the kidnapper, Woody will be on display at a museum for many years to come and will effectively be immortalized. Additionally, if he leaves then the rest of the Woody collection set (Jessie, Bullseye, and Stinky Pete) will be thrown back into a dark box never to come out again. The stakes are a lot higher than they’ve ever been before.

In a sense there’s two main plots here so lets talk about Woody’s first. Once he is trapped by the collector it’s more of a low key plot where he has to decide what the right thing to do here is. I don’t think it’s necessarily a bad idea to stay with the other toys if that’s what he really wants to do but he should at least let the others know that he will be gone. It’s a long journey but he would need to make it first. Additionally, I feel like he would end up regretting it eventually. The toys apparently don’t die of old age so he would be trapped inside glass at the museum for centuries with absolutely nothing to do. I don’t see a whole lot of fates being worse than that so it just doesn’t seem like it would be a good idea.

His new friends can also be a bit temperamental. Particularly Jessie who starts off dancing and singing about how glad she is to see him, to wishing he would go away and insulting him, to going back to dancing. She takes every bit of news really hard and the old man doesn’t seem to have a great opinion of Woody with his subtle digs. Considering these may be the only people he can talk to for the rest of his life…that’s going to be tricky.

So I think Woody could have thought about this a little more. His plan to ultimately offer to take them with him was always the best one. The climax would have played out a whole lot differently if he had led off with that, that’s for sure. It was an intense climax though with some solid action so that was a good way to end things.

Meanwhile you had the Buzz plot with the rest of the classic toys. They were good as expected. The pig is still nice and tough with the rest of the toys being there for backup. Buzz really gets a lot to do here as you would expect. He has to fight another version of himself and Zurg even shows up. It was a pretty intense confrontation to say the least.

I remembered Zurg’s role being a lot bigger personally but it’s been a while since I saw the movie so I suppose I just added extra scenes in my head. That kind of thing may happen once in a while after all. Still, he makes the most of every scene he’s in. While his battle with Buzz is ultimately played for laughs, it’s fun since it finally completes his character arc even if it was a different version. I’m just a little sad that we didn’t get to see the main Buzz fight him.

Both of them have the same core personality though so I guess that works out. Their fight was cool and it was nice for Buzz to finally have a worthy opponent. If you want a serious fight between them, then you have the opening scene of the movie which is played 100% seriously. It’s not quite real but you do get a cool what if of how things would go if both characters did have their respective abilities. As always Buzz is a blast in this film throughout.

The new characters were good too. Jessie can be a bit rough on Woody but she did have to endure a long time in pitch darkness so that sounds pretty rough. I think she probably should have just tried to escape now that Woody is here instead of banking on the museum idea. She can fight which is always good. The dog is hype and then you’ve got the leader of the Woody team who plays quite a big role by the end of it. He makes for a very intimidating presence and added a lot to the story so you definitely won’t forget him. In the end he had an even bigger role than Zurg.

As with the first film the writing is very solid. The characters are good and the story will keep you engaged throughout. The animation has improved from the first one so you can tell that it is quite a bit newer. It’s cool how the actual universe ages along with the films so Andy is quite a bit older than he was in the first film. He’s still more of a non character as he doesn’t do much but he is important to the story itself as a plot element.

Overall, Toy Story 2 is a very solid all around title. It improves on everything that made the first film good and never looks back. The humor is always good when it arrives and the film really feels like it ends in a flash. It’s a title I would definitely recommend to anyone that just wants to enjoy a pretty fun film. You can watch this one at any time and have a good experience.