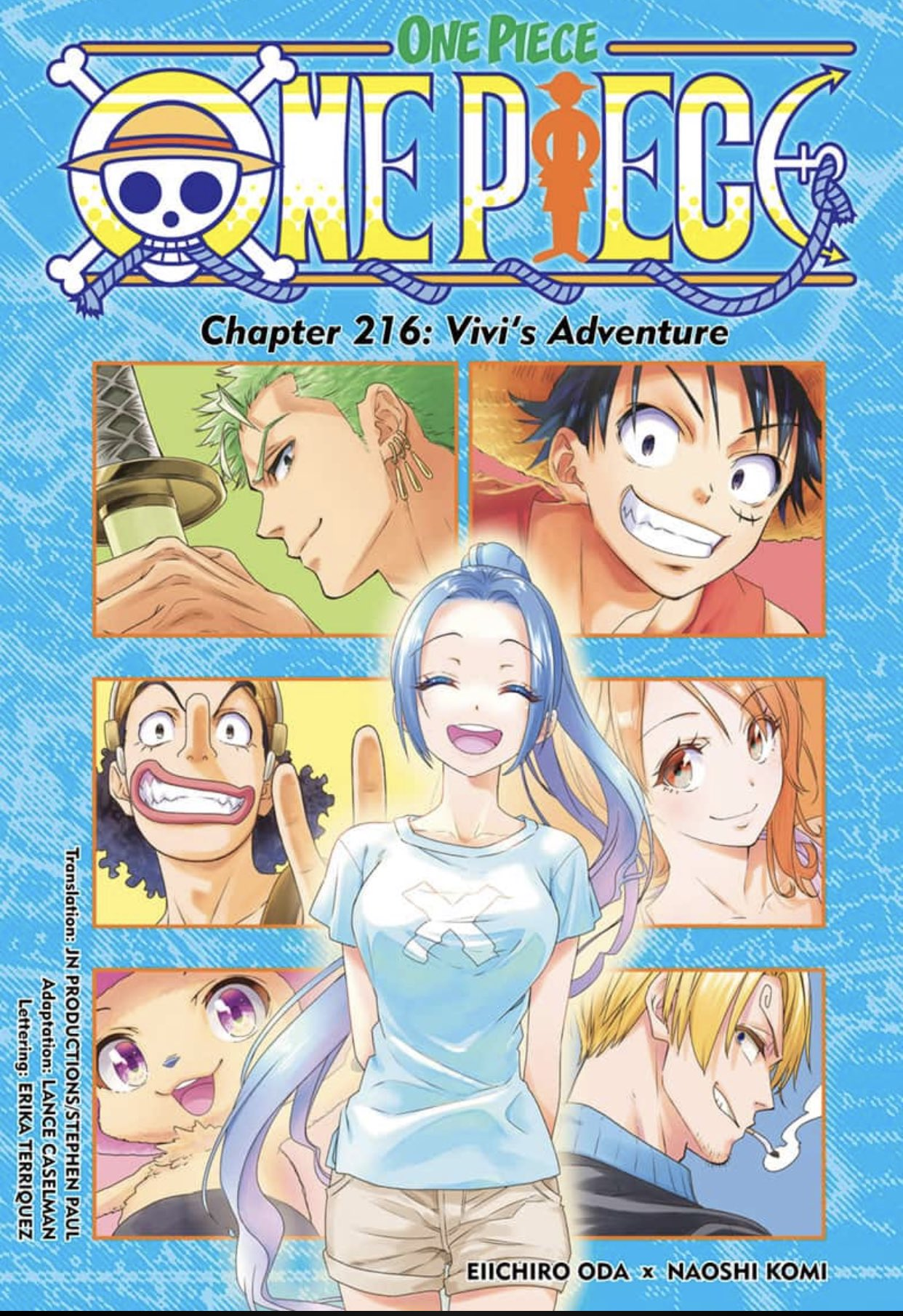 One Piece has been getting quite a lot of different one shots and specials to celebrate the 1000th episode coming up. It’s definitely fun to see a series get so much content and last for so long. One Piece has lived through many powerful Jump titles and continues to tell its tale. I thought it slowed down quite a bit after the timeskip because you can’t really compare masterpiece arcs like Water 7 and Marineford to Punk Hazard or Fishman Island. I thought Whole Cake Island was fun though and while Wano started out slow, we’re definitely in the payoff part now. So things are on the up and up all around. This special chapter rewrites Vivi’s iconic farewell with a new art style. It’s a fun revisit although personally I would have picked more of an action chapter here.

Since this is just one chapter stretched out to more of a monthly sized one, there isn’t a whole lot that happens. The chapter opens up with Vivi being forced to make a tough call. She can ride out with the Strawhats and officially become one of them or she can stay home and rule her land as a Princess. Her land would be devastated without her, but on the other hand if she doesn’t join now then she may never see the Strawhats again. What is the right decision? She only has 8 hours to decide at which point Luffy and the gang have to skip town.

Vivi was a fun character back in the day and everyone thought she had a fairly strong chance to join the crew. Ultimately she did not but perhaps one day when she reappears she will still be considered as one of Luffy’s mega crew. Sort of an extension of the main crewmates at least. Vivi’s still in the arc that is happening off screen so everyone’s looking forward to seeing how that plays out. Vivi would have made a good addition to the crew as she has a nice personality that would bounce off of the others pretty well. I would definitely take her over Franky or Brook in a heartbeat after all. She would need to learn a few more fighting moves though. Ultimately if I were her I would have chosen to leave but I won’t fault her for deciding to stay home.

As for Luffy and the gang, it definitely feels weird to see them being overwhelmed by normal enemies. Random marines with iron spears are absolutely decimating the ship and there’s just nothing the heroes can do about it. Effectively it is the weakness of not being able to fight much at sea. The gang of pirates are always at their best when fighting on land which can be ironic but that’s just the way it is. Zoro and Sanji at least don’t have devil fruits so they would be able to swim around and fight but it’s still hard to out maneuver whole ships in the meantime.

There are some pretty strong friendship messages in this chapter like Luffy and the gang arguing with Mr. 2 but as soon as they explain they are staying here for a friend he is quick to jump on their side. After all, risking your life for a friend is definitely fair game. Luffy and the others also take it pretty well when Vivi decides to stay. There wasn’t a lot of yelling for her to come aboard or anything, they just rolled with it and hoped for the best and had the iconic X pose.

It’s a very self contained chapter so it works really well as a one shot. Of course, I would like to have added a final scene at the end showing modern Vivi or something like that as a stinger into the future. Maybe show her entering the Reverie or something. It would be a pretty good way to build hype if you ask me, but I’m definitely ready to see what’s next on the One Piece spinoff list. This one as drawn by the artist of Nisekoi and it was impressive since I wouldn’t have otherwise recognized the art style if I didn’t already know about it. Granted, I haven’t read Nisekoi in a little while which probably would have helped a bit.

Overall, Vivi’s Adventure is a pretty good story. The good thing about choosing this chapter is that it works very well even if you don’t know much about One Piece. You can still understand what is going on with the story. The large scale context doesn’t matter much as the main story is really just about the emotional choice between friends and your family duty. In that sense you can immediately understand the stakes and what is going on here. So definitely give this one a read and as it’s only 1 chapter long you’ll have it completed really quickly.