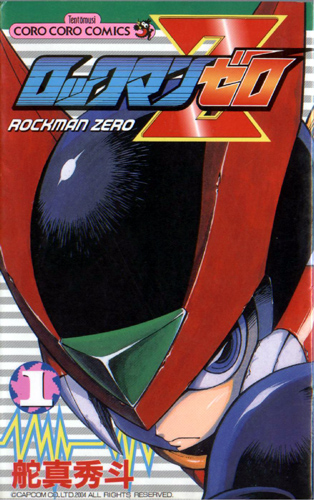 Time to look at a manga I started a long time ago. It was time for the full revisit and to finish it off this time. Unfortunately the series still suffers from quite a few issues that end up limiting its overall potential. The Zero games have some of the best storylines in the whole franchise and could have become one of the best Megaman manga titles on the block. Instead this one decided to go for more of a comedy route which was passable in Arc 1 at best but went over the edge in the second half.

The story picks up with a group of kids heading to an abandoned factory where they see a deactivated Zero. It has been many years since the Megaman X series and we learn that there was a civil war that the humans managed to win and so all of the reploids were destroyed. There are some exceptions though and robots still work for the government. Unfortunately, the world is now run by a dictator and as a result there is no peace in the land. The kids accidentally awaken Zero who saved them from a nearby patrol. Unfortunately Zero is suffering from complete amnesia and can only activate his Zero mode once in a while.

He has a complete case of split personality now and in both forms he doesn’t retain his memories of the other. As Zero he is a merciless fighter who is excellent in combat but not all that compassionate. As his human form he is a complete scaredy-cat who gets beat up by the kids and doesn’t want to fight against anyone. He cries a whole lot as well. Will Zero really be able to help the resistance reclaim the world while he is in this state or is it just a lost cause?

Right away you can see how the manga is taking a lot of liberties from the game. Why give Zero amnesia and make him a complete comic relief character? It just doesn’t make a lot of sense and I don’t think it works as a great narrative move either. If I was the author I would have played the game straight and it would have made for a great story.

The tragic part about all of this is that the art is actually extremely good. The fight scenes that we do get are on point and I like the character designs. The humor can really get in your face though as the characters yell and cry a whole lot. Seeing Zero get picked on by Lito (The main kid) is a bit jarring as well. The villains are played seriously though and Ciel was a fun character. There are a number of good elements here but you feel like it all could have just been better

It’s like looking at a distorted view of the actual adventure. Still, this arc was pretty good and if it ended here I would have said that the title was different but still pretty good in the end. We then cut to the second arc which may as well be a completely different series.

So 50 years have passed since the events of the first arc. The main kid is now referred to as grandpa by everyone in the village and he is fairly well respected. Well one day Lito has finally finished rebuilding a brand new Zero to protect the village. This one doesn’t have amnesia of course and his personality is totally different. He’s like a kid and really just wants to impress grandpa. While he starts out as being rather weak, he gradually improved throughout the series. That’s good because the evil Dr. Weil is fast approaching and he wants to find the Dark Elf so that he can do something sinister. His main ally is a robot called Omega who may be the most powerful opponent yet. Can this Zero duplicate really claim victory? 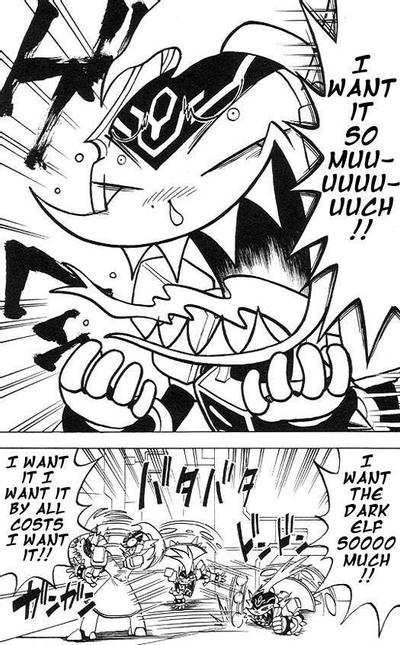 The humor was already high in arc 1 but they double down on it in arc 2. There isn’t a serious Zero anymore to fight for the people and this time the villains aren’t played straight either. All of them are comic relief like Omega being scared of ghosts, getting kidnapped, etc. Even grandpa is a shadow of his former self as he willingly sells off one of the elves to the villains without hesitation. The only reason why he ends up helping is because the villains ended up cheating him on the money but otherwise he was perfectly content with the trade. Not a very heroic kind of guy now is he?

The arc also just doesn’t feel like it has anything to do with the Megaman Zero games. Sure we do have the dark elf but it isn’t really important to the plot. Even by the end we never actually find it and the villain just gets sent packing again as always. It’s really just an excuse to have some more fights which would be fun if they were actually taken seriously. Since they are all comedic moments now, the artist doesn’t get nearly as much to do this time around. The art is still on point whenever something serious is going on but there’s not as much big action as I’d like.

We do get a Christmas chapter though which is fun. It’s nice to see the gang celebrating even if the idea of drunk Zero is definitely pushing it a bit. Getting drunk on cola eh? Seems like a design flaw from Grandpa if you ask me. The final chapter doesn’t even feel like a big finale with how Zero and the gang just beat the villain up again.

We do get a final side story chapter of sorts where we get to see where the real Zero is. It’s a fun way to end things off but it almost makes things more tragic since this is really serious and intense so it makes you wonder why the series couldn’t have been this way the whole time. It’s pretty emotional as Ciel misses Zero the whole time and he’s nearly destroyed but he’s finally able to make it back home. It’s a wholesome way to end this whole we also know that the villains are still around.

The second arc ultimately ends up shaving the series down one star just because it really lost its way. The series went into full comedy land which can work with the right writing but that isn’t really the level of quality you would expect to see in this manga. Ultimately it wasn’t ready for this genre combo and that’s what ended up finishing it off in the end.

As for the characters, well I wasn’t a fan of Zero here. I liked the glimpses we got of him in his serious mode but they were few and far between. That’s effectively only half of the character in this series and the other half drags him down a lot. He has no courage and is always trying to run from his problems. That is really not the Zero that I know.

Then you have the kid who is rather annoying the whole time. Lito is always beating up Zero for every little thing and you feel like he should be giving him a break sometimes. He definitely doesn’t deserve all the hits that he gets. Additionally, the kid got worse as an old man like when he tried to sell the elf. There’s no real going back from that even if it was a gag.

Ciel was a good character though and it’s too bad she couldn’t have appeared more. I liked her personality here as she was quick to start blasting and a little more headstrong than you may have thought. The scene where she tells Zero that he’s in danger when she starts shouting was great. Despite being a central figure in the games you shouldn’t expect to see a lot of her here.

The 4 guardians like Pandora and the others are fun. As mentioned, the series does play them out to be very serious which is nice. I always thought their designs were real solid but then again, designs are an area where the game series really thrived in general. Copy X also gets to show up but that part was a bit anticlimactic. Let’s just say that he ultimately goes down in one hit which I don’t think makes any sense. It feels like more of a cameo than anything especially with how his origin is a lot different here. He shows up out of nowhere.

Arc 2 introduces a few new characters like Craft. Craft starts out as a serious character for 5 seconds before he falls in love with one of the girls in the village. From there he is a changed man as every scene with him is a gag of him stalking her or getting beaten up in one hit by Zero. At first he was shown to be really powerful but after that we knew the truth. This guy wasn’t very powerful at all and would he one of the first to get absolutely crushed in short order. I thought he had potential at first but didn’t like him in the end.

Then you have Omega who is as comic relief as you can get. He is scared of ghosts, cries a lot, and is shown to be much weaker than Zero. He is not even remotely a threat and Zero doesn’t respect the guy so why should the audience?  Ultimately that is what keeps him from being a quality character.

Dr. Weil doesn’t even have much of a personality either. The guy wants the Dark Elf but that’s really all he talks about. He threatens Omega a bit I suppose but I don’t think anyone is really taking that very seriously. This arc could have absolutely used some more quality characters. The reporter is okay I suppose. She is at least trying to get her story the right way and is a fun enough character but doesn’t really get to do much even after she decides to stay at the village. You’ve also got Roze but all he does is show why the village is filled with a bunch of ungrateful guys. They are quick to turn on Zero in an instant which is just awful. 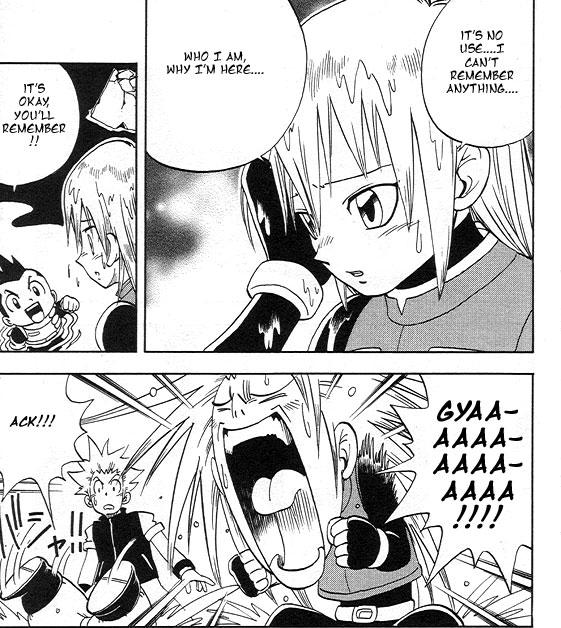 Overall, Megaman Zero is a series that could and should have been great but instead I can only say that it was decently good. It’s a fine read and it’s short so you should blast through it. The comedy can be jarring and the characters aren’t great but the fight scenes are good and occasionally you will see a glimpse of brilliance. This is not how I would have created the series but if you’re a big fan of Megaman then it’s still worth checking this one out real quick.