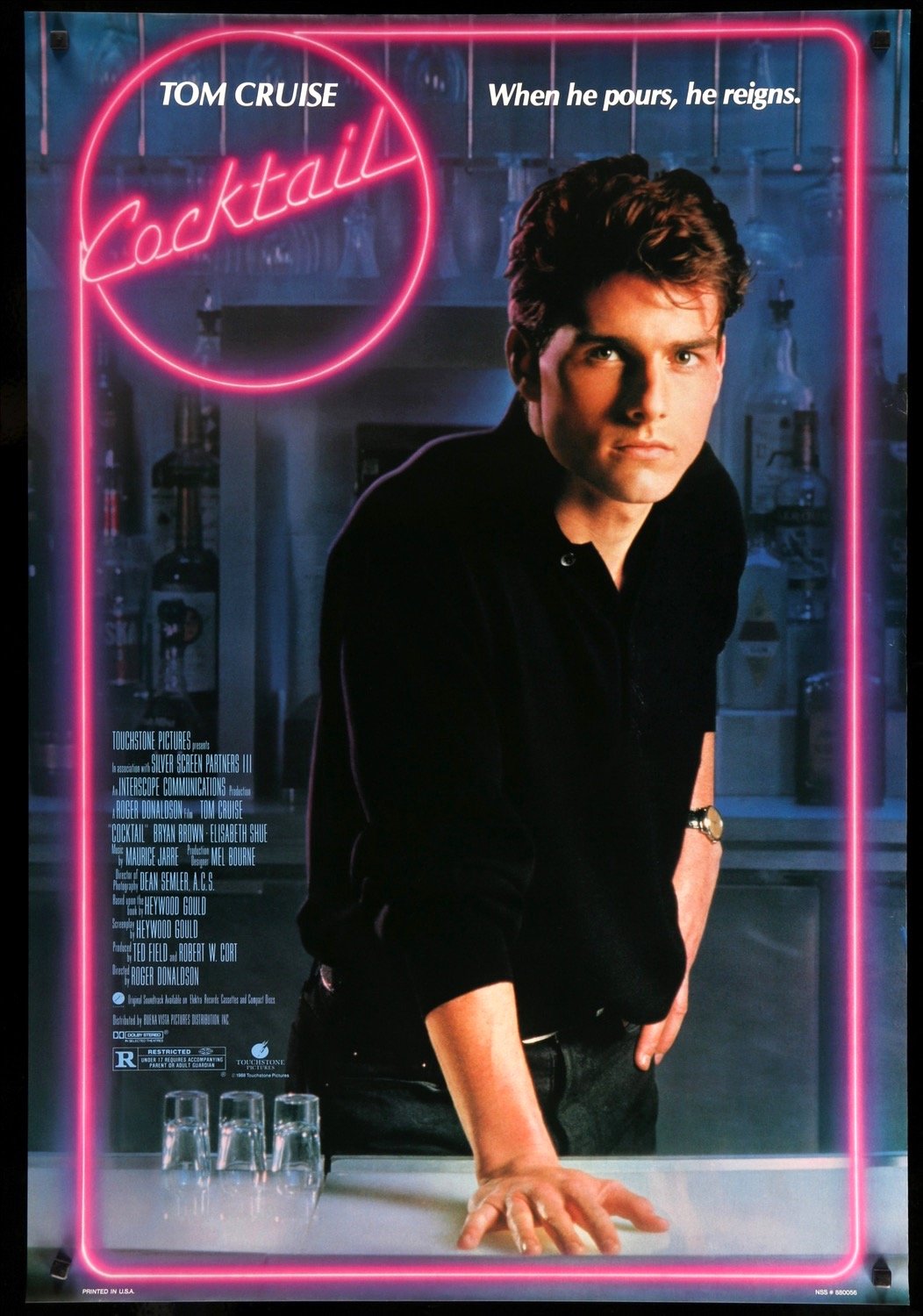 All right, it’s time for a romance drama film. Usually romance pairs better with comedy than drama so this one was already starting on a tricky note and unfortunately it gets weaker as the film goes on. The main cast is just unlikable and by the end you’re certainly not rooting for the lead. When that happens, usually that means the film has lost you.

So the movie starts with Brian deciding that he wants to be rich some day. His uncle owns a bar and offers Brian a job but being a bartender is off the menu. Unfortunately Brian bombs out at every job he applies to since he doesn’t have a college degree and ultimately the only place he can find is work as a bartender in another location. The head bartender here is a guy called Doug and he quickly starts to train Brian on how to serve up the drinks while also making a show of it. Brian quickly learns the ropes and figures if he can do this much right now, maybe they should just open up a big bar in Jamaica and get rich. Will the two be able to get along once big money is involved?

There’s a lot of issues here but it’s safe to say that the weakest angle here is the romance. Mainly because Brian proves himself to be the kind of guy who goes on a lot of affairs. Early on in the film he has a one night stand with a girl from the bar and thinks it’s serious until Doug points out that she isn’t loyal and has his own stand. Doug then finds a girl names Jordan who who is nice enough but cheats on her with another random girl from the bar. He also starts cheating with another person in the climax but just barely breaks it off and runs back.

The issue here is that you know the film is going to bring Brian and Jordan back together but she should want nothing to do with him. No matter how often you see Brian apologize, you don’t buy into it. He betrayed her for $50 bucks which is just awful. Jordan’s father is right the whole time when he says that Brian’s no good and to just move on. Brian makes a big show on saying it’s not about the money or anything but of course at this point he knows Jordan’s rich so do you actually believe him?

Clearly the film wants us to believe that this is all genuine but I have a hard time buying it. I don’t see the relationship lasting because Brian’s track record is just too extensive. The next time someone makes him a bet or someone flirts at the bar room you feel like it’ll all be over. Jordan effectively will need to keep tabs on him at all times which will be really exhausting.

If Brian had not cheated at all then maybe this could work but as it stands there’s no way you can root for him. Jordan’s father appears as an antagonist but I’d definitely see him on the hero’s side here. The whole climax is really just not satisfying at all.

I also didn’t like Doug. The guy has a lot of confidence but he is always giving Brian the worst advice possible. Ultimately he is one of those guys who makes it seem like he has all of the answers but in the end he’s struggling just to stay afloat. Brian isn’t going to learn much from him and the way the guy goes out is brutal. To waste that much money is insanity and shows just what kind of guy he is. I was expecting better from Doug.

As for Jordan, she ultimately has to lose some points for sticking by Doug as well. The romance just moves too fast and ultimately that’s why you need to take it slow so you can see if the other person is actually good. Now there were presumably some time skips thrown in since we got a montage and all so it’s hard to say exactly how long the time frame was, but clearly it should have been even longer.

It’s a shame too because if you take that second half out then the film actually had some promise. The first half is really where all of the fun is had. You have Brian and Doug showing off while serving drinks which is pretty cool. It looks very difficult to flip the drinks the way that they did and they made it look easy. The actual bartending gig is the most interesting part of the movie and yet it gets ditched so quickly.

You could say that the film goes off the rocks when the gang breaks up and Brian heads to Jamaica. Early on there was so much potential like when the two were working at the more glitzy bar and Brian had to drum up some business. The actual rhyming may have been a little cringe but the story felt very focused. Then Brian leaves for a year and Doug returns to sabotage the whole operation. If Brian’s ego were not so big he might have made it past the provocations but ultimately he was not able to stay strong and sunk.

What we needed were more scenes showing Brian trying to achieve his real dream of being in marketing and things like that. I enjoyed the scene of him at school after all although he was quite thorough in burning all of his bridges there. It definitely did not help him find a non bar position that’s for sure. There just isn’t a lot more development for Brian’s character there even though you were expecting some kind of character arc where he’s no longer a hot head.

Overall, There isn’t a ton to say about Cocktail because there isn’t a lot happening. It’s a film that doesn’t have a whole lot of plot going for it so after the first half it vanishes entirely and we get a full romantic adventure. It’s just an issue that the romance itself isn’t very good. The writing is only okay. You have some good banter between Brian and Doug whenever they aren’t drinking but that’s about it. The fun dialogue can be good but when the film tries to get serious is when it falters. Ultimately the main character looks too bad to be redeemed at the end. If you want to check out a romance film, you can skip this one and look elsewhere.