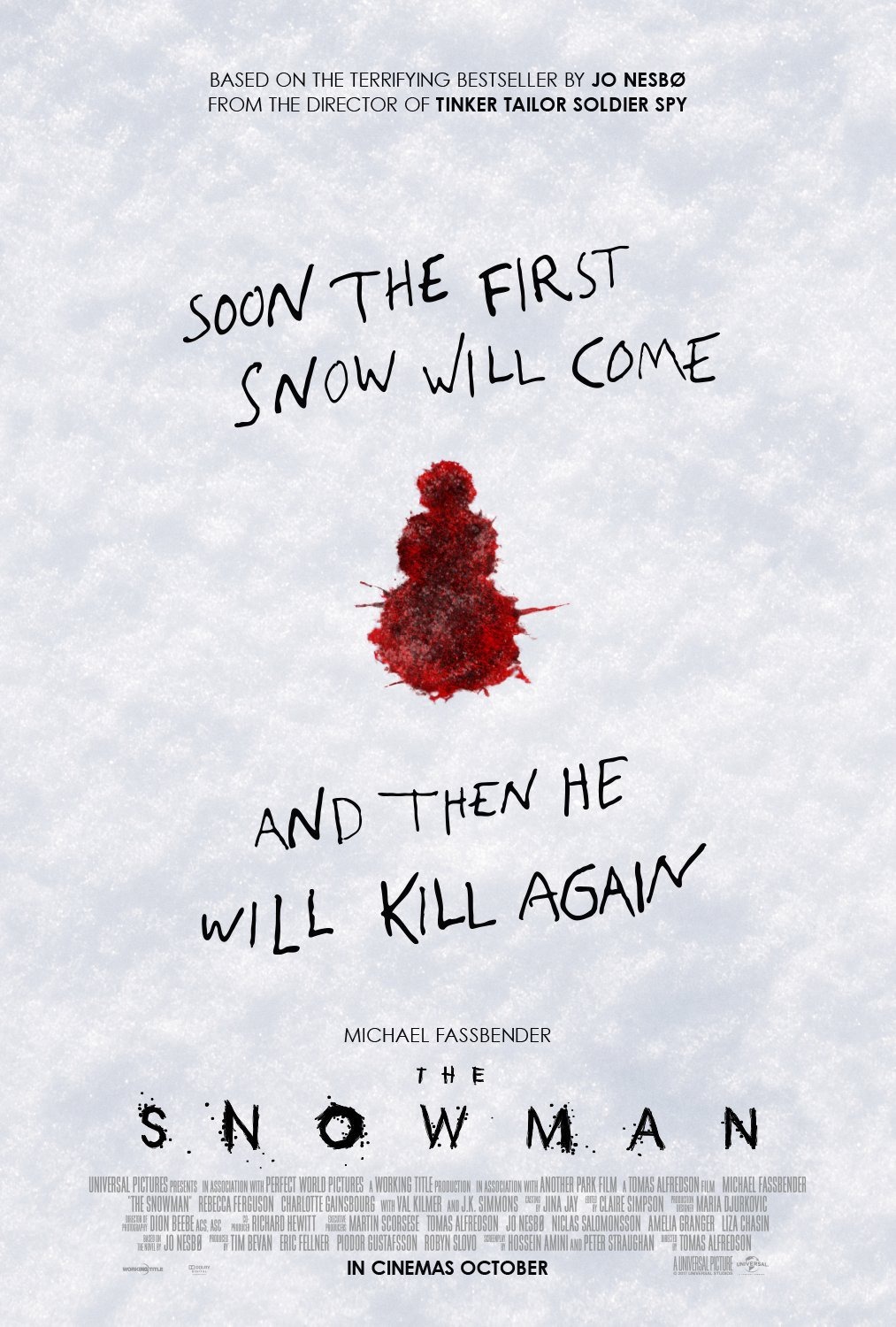 It’s time to take a look at a horror film that you probably saw some promotion for back in the day. It’s certainly not ready to be one of the popular big leaguers like Halloween or anything like that but it was trying to do something a little different with the whole snow theme. Unfortunately it’s just a pretty bad horror movie that falls into all of the usual issues associated with the genre.

We start out with a kid being forced to witness his drunk father attack his mother after his lessons did not go well and then we cut to the present. You’re probably wondering what the point of that intro scene was but it’s all to set up some motivations later on. So our main character here is Harry. He’s supposed to be a brilliant investigator but unfortunately he’s always drunk and passing out in random places. He got divorced a while back and is unable to really connect with his kid. They get along but he always ended up having to cancel their chances to hang out since he loses track of time.

That may be happening again as a brutal serial killer is on the loose. He’s only targeting ladies so Harry needs to figure out what the connection here is. His partner on the case will be a lady named Katrine who knows of him from his rep but isn’t too impressed. Harry doesn’t even have a license anymore at this point and barely contributes to the case until the murders intensify. Then it’s time for him to finally get involved but can they really take down this villain?

Well, I’ve got a ton of issues with the film as you would expect. First off to get the obvious out of the way, the movie can be quite violent. You actually have bodies completely torn apart and such. The snow hides the details a tiny bit I suppose but not really, it just throws an artistic touch on the whole thing. The villains whole gimmick is dismembering his targets which is certainly quiet gritty. Not even Harry can get away from this guy without some kind of injury.

To that effect it’s probably hard to write a film with a mass murder villain without things getting a little intense but this one goes as far as it can. We also get some super random animal violence with one character chopping up some chickens out back. The scene has no real point to it except to make the heroes look a little sloppy. Got a call saying that this character was missing and they leave her alone? Sure, it could be a crank call some days but with a mass murderer on the loose and leaving Harry pictures that seems like a long shot.

Additionally, there’s a sub plot about a rich guy taking pictures of women and basically doing a lot of sleazy things. This plot comes out of nowhere and to this day I still feel like it had absolutely no purpose in the film. It doesn’t really change anything nor does it actually give us a proper red herring. I don’t think anyone thought for a moment that this old and rather overweight guy was the true villain here. I mean it would have certainly be a twist but he doesn’t even work as a red herring.

Harry isn’t a particularly good main character either. I refuse to believe that he’s some kind of genius because he never shows it. The most humiliating thing here has to be when he finds some guy in his house and doesn’t question it. He accepts the story that it’s just someone in here to make repairs to the house. Hmmmm….nice. Doesn’t matter if the guy is legit or not, that’s a huge red flag. Then Harry goes back to the house later on and the guy has broken in again and is singing a lot.

The whole drunk angle is also annoying. The main villain could have literally murdered him in one scene but instead chooses to take a picture of Harry and tell him to stop falling asleep. When the villain has to give you a pep talk you know that you have sunk rather low. Harry really needs to step up his game and by the very end of the film maybe he has…maybe.

He also participates in a brief affair with his ex wife Rakel who is currently re-married. Yes, she instigated but he allows it to happen without any real resistance which is just bad. So I did not like Harry as the main character one bit. Likewise as you can probably guess I was not a fan of Rakel either. Rakel is actively cheating on her husband and doesn’t seem to get along with him much for no real reason. She can be very slow on the uptake as well. If you take a few scenes away then sure she could be a good character. At least she tries looking after Oleg as best she can but even that doesn’t really work.

As for Oleg, well you always need to have a kid character running around I suppose but he doesn’t really add much to the plot. He’s around but that’s it. Then you have Mathias, the new father on the block. He does his best to help Harry adjust and doesn’t seem to mind how close the main two are which is good even if the trust backfires in this instance.

As for Katrine, she’s a good detective and really does a lot of the legwork here. At first Harry is no help so she really has to do everything. Unfortunately she does take some huge risks by the end and is also forced to try and use her charms to get into the possible villain lair. Always a horrible tactic I must say since I prefer the characters just use their spy techniques to get to where they need to be.

The whole scene just feels a bit mean spirited the whole time though. The way she goes out is rather dragged out and painful. It would have been nice if it could have at least been a quick end instead but the Snowman really puts the characters through the wringer the whole time. As for the Snowman himself, well it goes without saying that I don’t like the guy. He’s just your average psychotic who has a whole snow theme about him. The guy is pretty fast and always manages to be in the right place at the right time though.

Maybe if Harry had been drinking less he could have prevented a few more of the murders. Unfortunately the body count is rather big by the end so any victory feels like a hollow one. The Snowman isn’t a particularly long movie but it does feel that way at times. There just isn’t much to like with how grim the film is. There aren’t a lot of good things to say about it, but I do like the backdrops.

I’m a city guy first and foremost when it comes to cinematic backdrops, but the snowy wilderness works very well in the movie. The snow has a very natural feeling of intrigue to it and really supports a mystery film. I think if this film had leaned more into being a mystery film than a horror title that it could have gone places. Focus less on the actual murders and more on picking up the clues. That would have worked out fairly well.

The only other effective moment for me would have to be the very final scene of the movie. I thought this was good and could have even worked as an after credits scene. Lets just say that it completely sets up the sequel and this next case sounds fairly dangerous as well. Presumably Harry is finally back to peak condition and won’t be drinking anymore as well. If that is the case then the sequel would already have a better main character so that would be promising. I seem to recall a good musical theme here so I’ll give that to the movie as well.

Overall, The Snowman is basically your average horror film. While the actual murder weapon is rather creative and the Snowman angle is interesting, the film just doesn’t work. It’s all over the place like with the whole filler plot about the corrupt mayor/town official guy. I still say all of those scenes could have been cut out and the heroine should have gotten a better death rather than the brutal way that she went out. The film is going for a lot of shock value and brutal deaths when it really should have been trying to captivate us with the mystery itself. I would say to give this one a definite pass.