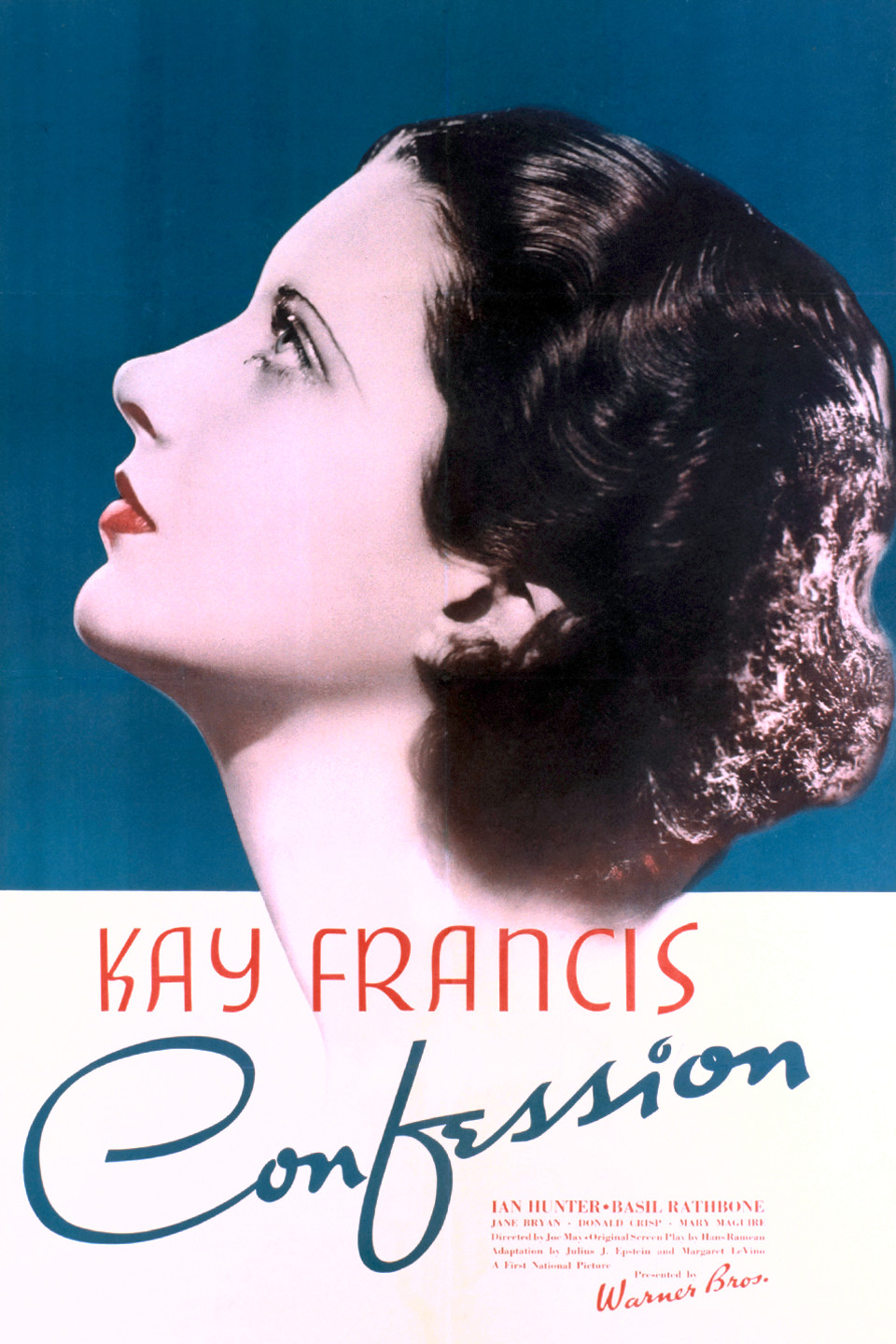 Confession is an interesting trial film that shows us different perspectives as we learn more about the case along with the jury. It starts out a bit on the slow side but once we cut to the court room then the race is on. It ends up being a pretty solid film with good pacing and writing throughout. Definitely a nice title to check out.

The film starts out with Lisa getting a letter from the guy who seems to be stalking her. Inside the letter are 2 tickets to a play and Lisa’s friend who has all the bad advice says they should go and see what this is about. Turns out that one of the lead performers in the musical is a man named Michael who wants to be with Lisa. Lisa refuses him but the guy continues to follow her around and even tricks the school Lisa is at into allowing him in. Ultimately they have a brief affair but before things can go much farther, Michael is shot dead by a lady named Vera. This ends up going into trial. Can the Jury figure out what possible reason Vera could have for murdering this guy or will it all be a mystery all the way through to the end?

The second half of the film takes us back to the events leading up to the shooting from Vera’s point of view. We already knew that Michael was not a good guy and these scenes serve to further illustrate that. He really just thinks he can get away with anything and the main issue is that he always seems to since nobody actually holds him accountable.

Take the first girl Lisa. Part of the annoyance here is that she tells him several times not to call or write to her but he does so anyway. She then ultimately agrees to see him so in a sense his pestering actually paid off. He just keeps on going and she keeps on letting him. He even pulls the whole “I have to see you because I’m moving away” card and I don’t buy it for a minute. Seems awfully convenient if you ask me. If he hadn’t been shot by Vera then it seems like the affair would have actually continued.

Then you have round 1 with Vera. So she ended up choosing Leonide over him and got married. Michael doesn’t let this deter him though and still keeps on writing her which is then something that she tries to hide from Leonide. She should have just told Leonide herself the instant she received the letter what had happened so that he would at least hear the truth before the gossip. Running over to Michael was not the right move.

Additionally, I don’t think it was smart to go to this party either. It was quite clear that the main villain still liked Vera as he flirted with her openly so getting drunk out of her mind was not a great plan. If Vera had to go to the party because she was bored, then at least don’t indulge in all of the drinks. It just ended up putting her in a very vulnerable spot which did not end well.

I mean, the villain’s the villain. He’s a pretty terrible character of course so that goes without saying. The heroes are the ones who needed to be better judges of character and just keep their distance the whole time. That would have really gone a long way here.

As for Leonide, he was very quick to believe the worst about Vera. She didn’t exactly inspire a lot of confidence but you would hope that he could have heard her out a bit. As for splitting up, well it’s easy to see how that would happen. Once you’ve lost trust it is incredibly difficult to the point of being near impossible to get it back again. So once the doubt was there, you could say the marriage was already all but finished at that moment.

The best part of the film would be the actual trial for me though. I always like a good case and this one was really on point. You had all of the players talking tough from different sides. Vera certainly wasn’t helping her case by staying silent for so long but her defense attorney was really trying his best anyway.

The main prosecutor was a tough but fair man. He actually did allow himself to be lenient when needed while also staying tough on the case. One of his best lines is when he yells that the courtroom cannot be blackmailed by the accused and demands that the suitcase be opened up. Now, the judge is the one who ultimately makes that call but I loved his conviction. This guy was definitely not going to be pushed around and he made that quite clear.

The judge was also a compassionate man who did his best to make sure that the proper justice was served in this case. He wouldn’t allow for any incomplete ruling to make a mess of things. If you’re ever in court, this is the kind of guy you would want to be judge over the case. To an extent you could say the courtroom part even overshadows the actual flashbacks that we get because it is easily the most compelling part.

Confession is a strongly well rounded film. The writing is good and the movie moves at a decent pace once the court scenes start. My main issue with the film is mainly in the slow first half. The scenes with Lucy right through to the villain getting shot feel rather slow and uneventful. You’re waiting for something to happen the whole time. After that is when the film really gets going.

The other issue is that the two heroines just allow themselves to be pushed around far too much. Lisa didn’t want to get into a relationship but lets herself get strong armed into one while Vera was married but still ends up attending a party and getting super drunk in the presence of someone who has threatened her marriage several times. The characters really needed to stand their ground more.

Overall, Confession is a good film. It ends on a high note which is always important and the writing is on point. You’ll be engaged as you watch the film. Even if the intro slows you down a bit, just hang in there until we get into the courtroom and it’ll have been worth the wait. We definitely need more films that take place during a trial since it’s always such a blast.