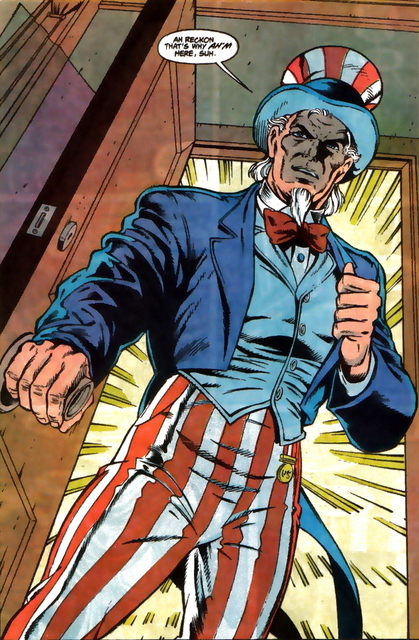 Suggested by Destroyer Not a lot of people know this but the Chunk’s actually taken on the Flash a few times. He shouldn’t be underestimated but I don’t think he will be able to defeat Uncle Sam. Uncle Sam has absolutely massive abilities with his super strength and the fact that he just won’t go down. Chunk’s famous diamond attack may not even hurt him. Uncle Sam wins.