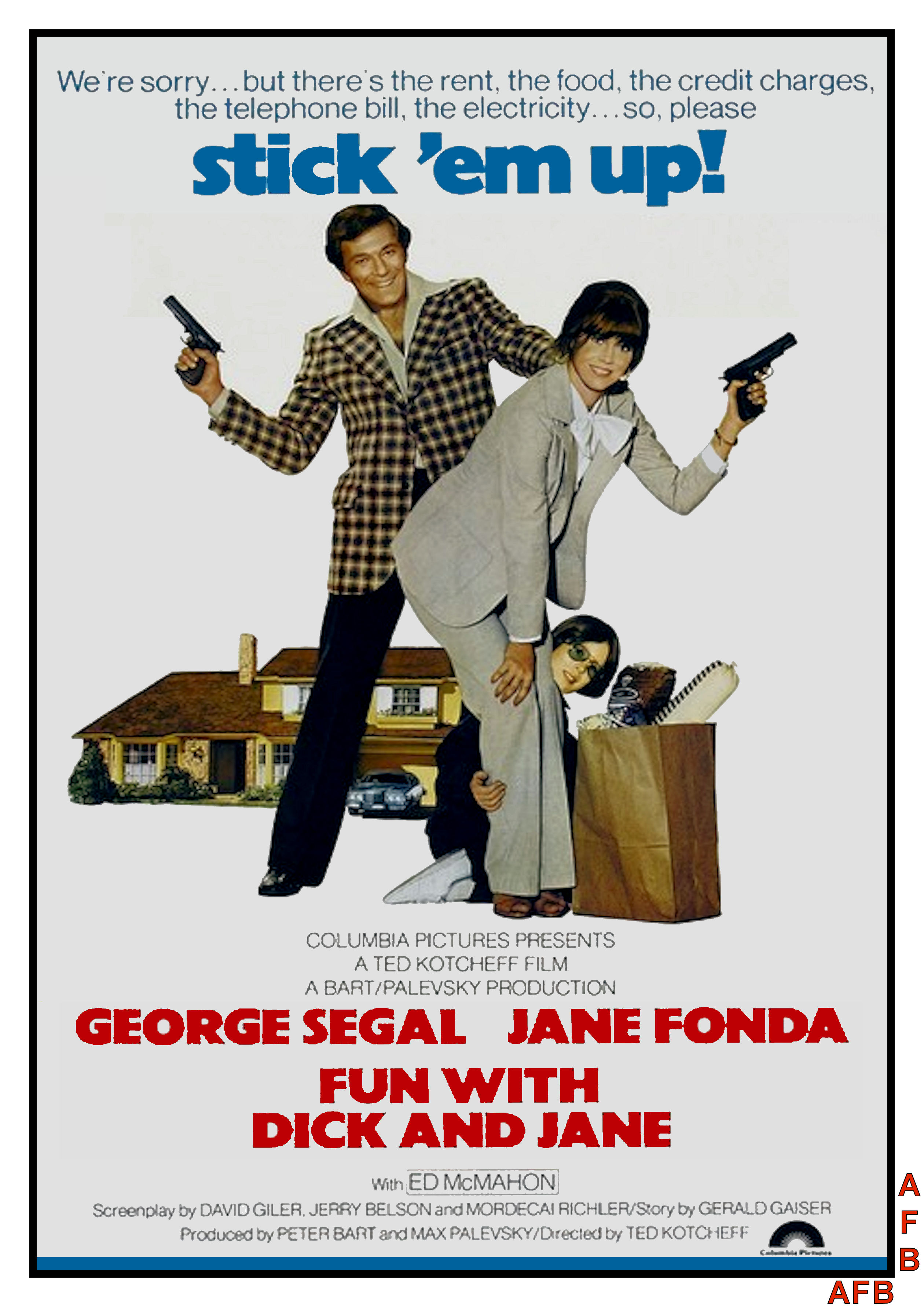 All right, who here remembers the classic books? It’s nice that the film effectively pays homage to them while telling a new story. This is a fun film that balances the criminal life while also showing us just how Dick and Jane got to such a state where they would become true robbers. The comedy is on point and the film really breezes by.

The movie starts with Dick & Jane enjoying their normal life. They have a great house, nice kids, nice neighbors, etc. Everything is going super well, but then that all changes when Dick’s fired from his job. Not because he was doing a bad job or anything but just because it was downsizing time and it went by seniority instead of by quality. The main characters have a very expensive lifestyle which eats through their funds quick and neither one is able to hold a job. Perhaps…it’s time for a life of crime?

Naturally with a plot like this it can go in a few different ways. If it was played seriously then naturally you’re rooting for the main characters to fail at every turn as you hope the cops catch them. In this case it’s a much more light hearted adventure. I noticed that the film made sure they failed every time they tried to take on a ma and pa shop or rob an old man and only let them rob from corporations, hotels, and professional places that have insurance.

I suspect this is a subtle way to allow you to have fun watching the characters without actively rooting against them. Now, naturally I was rooting for them to be stopped aside from the last case even with this. After all, they may have rough circumstances but who doesn’t right? There’s always another way outside of crime and when you see that the main characters still have a full time maid, a babysitter, a huge house, etc….well you get the picture.

The humor is effective as we see them slowly start to get used to the life of crime though. Dick in particular has a rough time of it. That first robbery attempt will likely haunt him for the rest of his life. It’s definitely a moment where you were rooting for the old man though so that worked out really nicely. Dick’s adventures around the unemployment line were also cool as well.

The agency really doesn’t play around in this instance and it was impressive that they could recognize him even in disguise. Dick was not about to pull a fast one on these guys, that’s for sure. The script is good and the same goes for the writing so it is able to pull this adventure off rather easily. The character roster is also solid here.

Dick makes for a solid main character. He may be on the wrong path despite the good intentions but he has a lot of fun moments. He is doing his best to make sure that the family has enough resources and didn’t enter the life of crime lightly. Additionally his plan at the end with Jane works rather well in the climax. It was well thought out and even the villain had to respect it.

Meanwhile Jane did well on her side too. She was the first one to start budgeting since it was clear that they couldn’t live quite as lavishly as they did before. Additionally she was quick to get the hang of being a crook to the point where you could definitely say that she was better at it than Dick. She was more compassionate though so they each had different weak points in that arena.

One of the best parts of the film has to be the montage where they’re robbing everyone. Robbing the phone company for example was a great scene as everyone even cheered them on and opened the door for their escape. That’s quite a lot of team unity against the company. We don’t see them for long but from the brief dialogue we did get, it seems like the company was corrupt.

Likewise the main characters stopped a corrupt evangelist which was a good move on their part. Finally you have the main villain Charlie. Well, the film doesn’t hold back here. He’s got every trait you would expect in a corrupt CEO. He loves getting drunk, wastefully manages the company, accepts and gives out brides, flirts with married women, etc. So when the heroes decide to rob him you have to raise an eyebrow because this guy certainly isn’t doing a good job with his funds at the moment.

Hmmm, it makes you think. So that’s a good climax and we even get a brief confrontation with Dick & Jane vs Charlie. Yeah this film had a lot going for it, that’s for sure. There are also some fun supporting characters like the insurance agent who came over to inspect the place. The kids are mostly off screen which is good. They’re not bad and don’t have enough screen time to affect anything. It was a good decision because I think they would have ended up taking away from the general dynamic.

I’d also say that most of it seems pretty realistic. I imagine it was really hard to stop shoplifters back in the day because there weren’t a lot of security cameras or anything like that. Especially with how the main characters would rob a place and then dash out. No chance to grab their license plates or anything like that. The only one that may be tough to buy is their breaking into the safe. I understand they got better as they did more and more jobs but could they get so sophisticated as to break into a safe in one of the richest buildings in the city? It has to be a top line safe so it shouldn’t be very easy to pick. Still, there are ways to explain it and I can live with them.

Overall, This was a pretty good film. The writers did well in managing to balance the main characters being criminals with not doing anything malicious enough where you’d be turned off at their being the leads. There’s a lot of good banter here and it just makes for a fun film that really ends as soon as it begins. I’d recommend it to anyone who wants to watch a nice lighthearted film.

2 thoughts on “Fun with Dick and Jane Review”