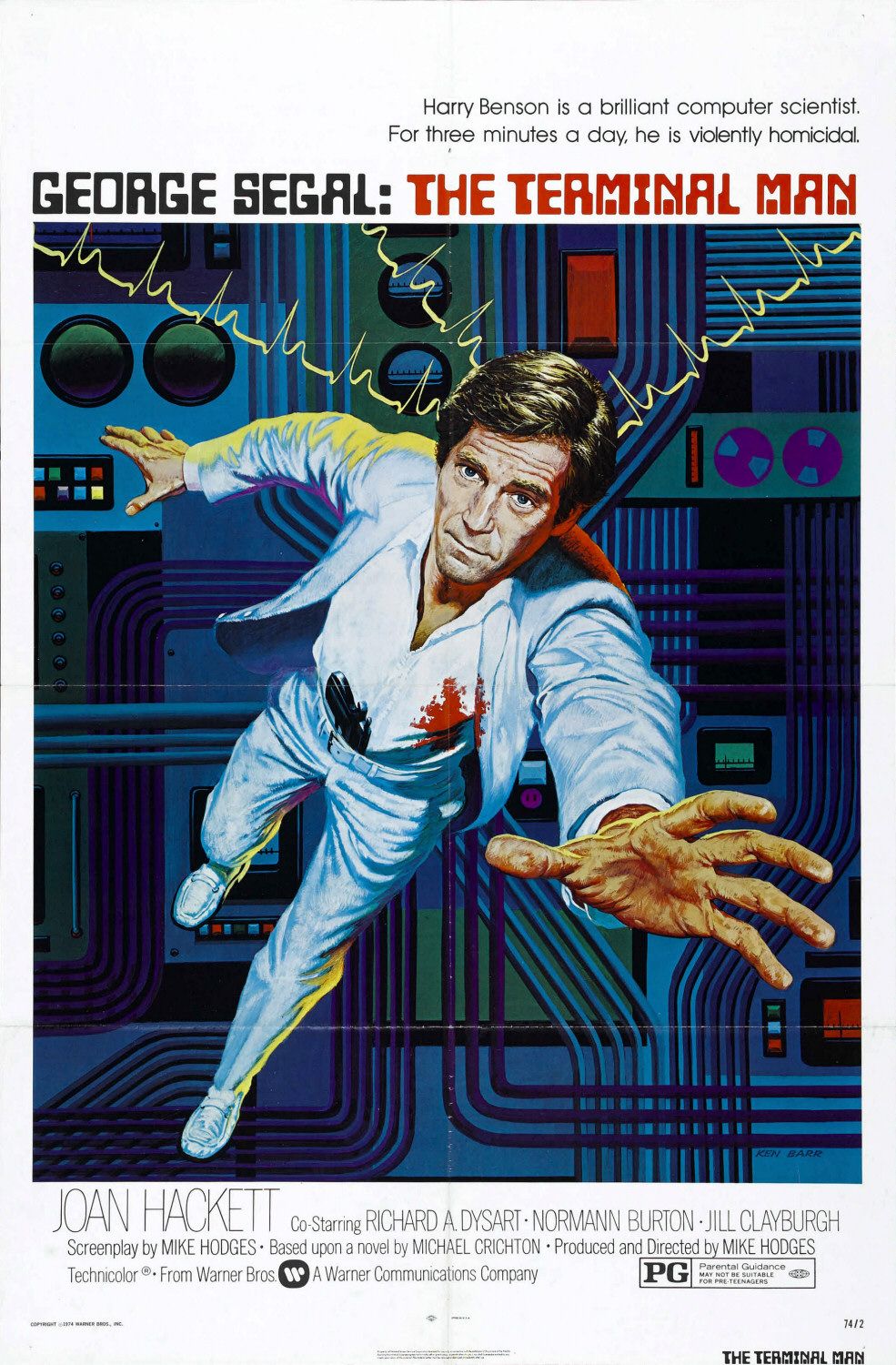 This one’s definitely more of a mean spirited film. You’ve got someone who’s sick and is trying to use some experimental technology and there doesn’t appear to be much in the way of gratitude. Nobody seems good at their jobs and even the lead doesn’t make sure to stay in the right areas to at least try more treatments. It ends up being a whole combination of errors where everyone is left in the wrong spot.

The movie starts with Harry being admitted into the hospital. He suffers from blackouts in a Jekyl & Hyde kind of condition. Before going under he will start to smell something metallic and then that awakens his violent form. In this mode he tries to destroy everyone and every thing in his way. Eventually the blackout will stop and he goes back to his normal mode but not before a whole lot of damage has been done. Right now that’s the burden that he has to endure.

Well, the hospital (I’m calling it a hospital but it might be more accurate to call it a private institution) has a solution. They will implant a chip (uh oh) into Harry which they claim should prevent the blackouts from occurring. It’ll do this by sending signals to his brain that forcibly stop this from occurring. Well, we’ll see if it works. If it doesn’t, then the world may have to prepare to try and stop Harry on his mad quest for vengeance.

Right off the bat you can see how things are not going to go very well for Harry. The scientists while not looney, just seem more interested in their computer chip than for the actual person. Harry’s effectively an experiment for them and they enjoy messing with his head by making him feel all kinds of emotions the whole time. It’s certainly not how you would want the experiment to go on and it just sets the tone from there on out. You have the guys gossiping in the background, the scientists laughing, etc.

Also, as a side note I do think it’s probably never worth putting a chip in your head. This is a rather extreme situation though so at least I can see why he did it. It seems like other treatments had been tried in the past and none of them worked so this was sort of a last ditch effort. It should always be a last ditch tactic so that part seems correct. Of course, the chip doesn’t work very well as you can probably guess.

The main mistake Harry makes is in leaving the facility. If he had stayed there then perhaps they could have found some way to treat him. I can’t 100% blame him for leaving though since as I described this was not exactly the best place to be treated in. So I totally get his wanting to get out of there as soon as possible. The main problem is that he is aware of his blackouts even though he doesn’t remember them. So going to hang out with friends or going to public places seems like it’s the wrong course of action.

Those are absolutely the last things that he should be doing here. The film also makes Harry appear to be a very intimidating guy even before the attacks. He doesn’t seem very stable. This is likely a byproduct of the various attacks but at the same time it also means that you’d expect security to be watching him a little more closely. It’s hard to see how he just escaped the facility in an instant like this.

I’d also have to blame Harry for going to Janet’s place when he knows that the attack could come at any second. It almost seems like he went there with the express purpose of threatening her in which case he was becoming more of a villain by the moment. Either way I didn’t care for him as the lead very much. He’s definitely going through an extremely rough condition so you feel bad for him but some of his decisions were pretty bad. If he at least stayed in the facility then perhaps some alterations could have been made to the chip to help him out. Or at the very least maybe they could have removed it if it was busted.

Janet is the main scientist who gets a role and she was not thrilled with this idea from the start. Unfortunately she was heavily outvoted so it didn’t matter. She does her best to help Harry and even by the end she is trying hard but there’s just not a whole lot she could realistically do at this point. She is a single employee in the facility and while her rank appears to be pretty high, she is still bound by the rules. Additionally, if the chip doesn’t work then it doesn’t work, at that point it’s really just a matter of deciding what to do next.

The film also has a very long surgery scene which could have absolutely been trimmed down. I wonder if it was just that long to show how the surgeon was very relaxed about the whole thing. He was busy taking shots at psychiatry and making jokes even though this is a super serious surgery. You’d think that he would have been more somber and regal about the whole thing instead of the way that he acted. Harry really couldn’t catch a break here.

So the film falters with the lead not being very likable and also with how mean all of the scientists appear to be. Or at least most of them. It can also be fairly violent with the background to the attacks as well as when he goes on the attack in the later part of the film. There aren’t quite as many victims as you may suspect but each one certainly goes down in a rather violent fashion. The only one who may have lived is the priest. It’s a little debatable due to how the scene is cut but I think if Harry had actually gotten him it would have been a bigger deal.

Overall, This is certainly not a feel good kind of film. It’s about Harry essentially hoping for a miracle to finally end his condition and it doesn’t work. From there the film just keeps up the more depressing tone until the end. There just wasn’t anything he could do and we saw Harry slowly lose his mind until it was just gone by the end. I’d certainly avoid this one if you’re trying to get someone interested in being a doctor. It won’t give off the right first impression. Ultimately there just isn’t anything to really get you invested in the film or to get you to have fun during it.