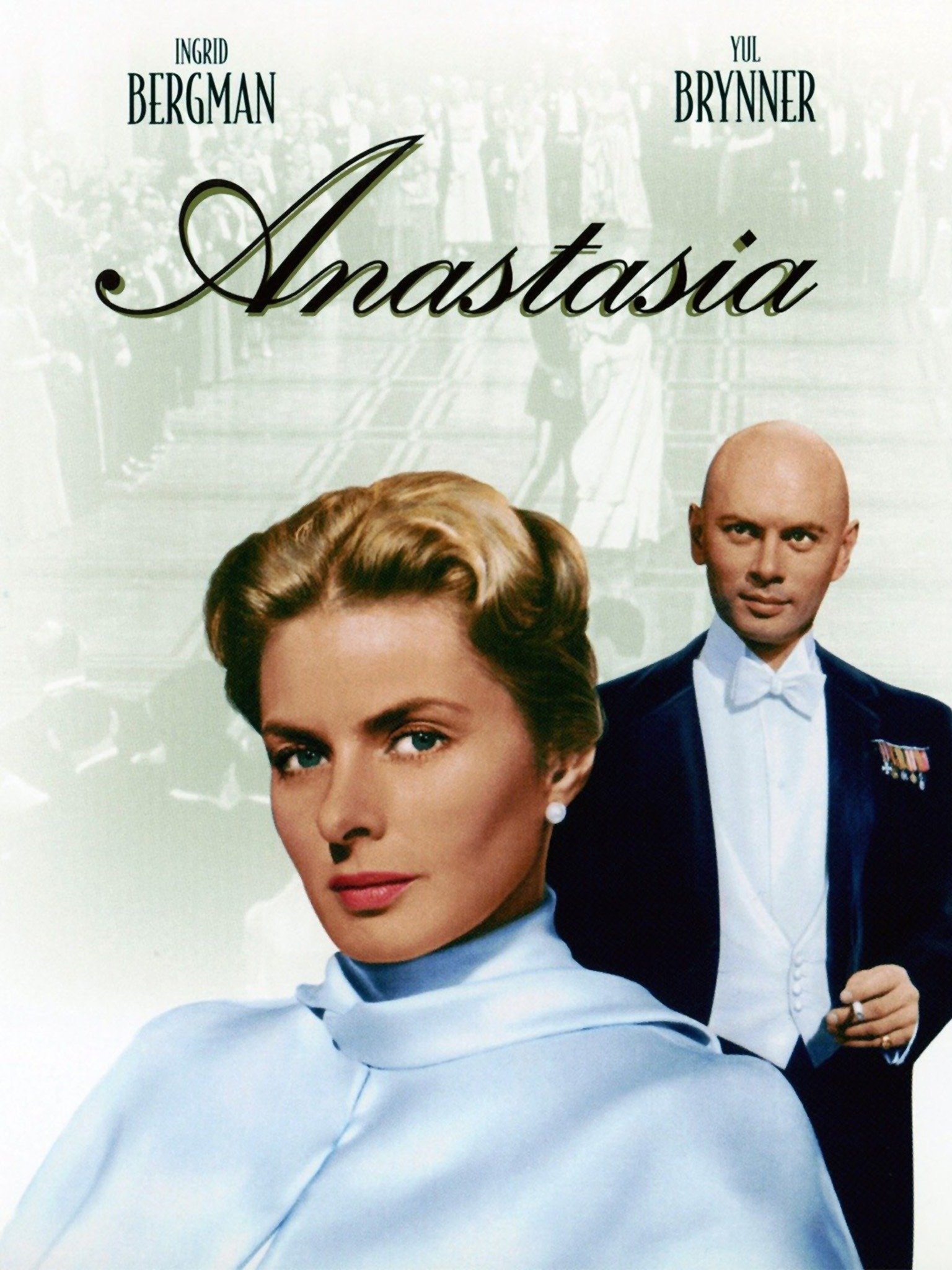 Anastasia is a good example of a film that starts really slow but is ultimately able to recover and get its momentum up by the end to the point where you would definitely consider it to be a good title. It makes for a satisfying watch and is a good drama film. The writing is what really puts the title in the green since a film like this is dependent on good writing.

The movie starts with some exposition about how the royal family was murdered. There were no survivors but then a rumor started that the princess Anastasia actually survived. It has been several years since then so most don’t believe it. Well one day a lady by the name of Anna casually lets someone know that she is Anastasia. A man by the name of Bounine picks up on this and quickly brings her into the fold. He has been tasked with finding Anastasia and if he doesn’t produce her soon then he will definitely be in trouble. So while this Anna appears to be quite troubled and potentially insane, Bounine is willing to risk it all. Surely he has the skills needed to trick the royal family even if she is not the genuine article.

Part of the mystery in the film is deciding if Anna actually is the princess or if she really is just faking it the whole time. Additionally she is unsure herself due to having some memory issues. As the film goes on I would say she definitely is Anastasia but ultimately it will be up to you to see if that’s the case. It shouldn’t really impact what you think about the film though as either way it doesn’t really impact the journey. Whether she is the real deal or not they will still have to convince the royal family of this either way. If Anastasia is brought back in as the princess then she will be exceedingly rich and that may end up spilling over to Bounine and his allies.

The reason I say the beginning is rather slow is that I was not really all that engaged with the story as Bounine explained this to Anna. He’s a fun character and has a way with words but it still felt like a sequence that was very dragged out so the film didn’t really pick up until they make it to the first event to see how well the reception can go. At that point it is definitely full speed ahead as we get a lot of fun dynamics.

You also can appreciate how some of the members are not so easily convinced. It has been several years since the apparent death and the whole memory loss angle would appear to be very convenient. Anna only seems to know things that are public knowledge which is not very convincing when trying to convince people that you were never dead. Some buy into it right away but most do not.

The standout character here is Anastasia’s mother. Naturally she is the toughest one to convince as she has seen many fakes time and time again. I like how fierce she is in the dialogue and isn’t afraid to really take shots at the other characters. She speaks her mind with no exceptions. She has a very good character arc and always appears to be one step ahead of the others. It’s also quite telling that she is the only person Bounine doesn’t talk back to or adopt an attitude with.

As for Bounine he also gets a lot of character development throughout the film. At first it seems like he just wants the money and to dodge a possible execution/being arrested for wasting funds. Instead we see that this is more a matter of pride by the end. Bounine just likes to show off what a genius he is and the more captive an audience the better. It’s not even a terrible plan even if it does see a bit far fetched at face value. I’m not surprised that a lot of these relatives never paid much attention and so a lookalike could trick them. That said, he made a big mistake when trying to use romance as a weapon for Anastasia.

I would call this a romance film per say but the instant he tries to set her up with a prince you know exactly how this is going to play out. He starts to sulk and pout the whole time which feels really petty considering that it was all his plan. Bounine tries to pin the whole thing on Anna too which is definitely going overboard. He only has himself to blame for all of this. He plays hard to get when Anna talks to him and then gets upset when she goes to the other guys. I did like him as a character though. He’s a fun guy but I just didn’t care for that subplot with him him nearly as much during the final act. It was not his brightest moment.

As for Anna, she does a good job of trying to fulfill her role. I’m not a fan of the amnesia plot in general but Anna pulls through it well enough. So whether or not she’s a fake, you could say that she has her own character now which is important. Anna has most of the emotional moments in the film. She is definitely at her best when she is defying Bounine and generally making things very difficult for him. She plays the rebel quite well.

So with a solid pair of main characters that’s always a very good thing for the potential of the film. The side characters are reasonable as well. Bounine has two lackeys with him who are not nearly as intelligent but they have a lot of fun dialogue. As mentioned the film just has a good script in general which goes a long way to helping the cast out. The only character who is really just annoying the whole way through is the prince who likes Anna. He’s just written as too obviously antagonistic the whole time with how he gets every question wrong.

Like Anna will ask him “If I decide to decline my inheritance will you still love me?” and he just says “You definitely won’t decline” or “don’t talk crazy now” which are just awful answers. Both make him look incredibly unintelligent. Either he’s a villain who wants the money and should still tell her that he loves her and all that or he’s a hero who would say that willingly. Intentionally answering every answer in the worst possible way just didn’t seem very realistic.

The movie’s at its best with all of the mind games between the characters. I liked seeing Bounine try to get the edge in every conversation. The film has a very old way of getting the dialogue across and it works really well. Even when the characters are insulting each other it’s always done in a way that has some pretense of being polite dialogue. Except for Anastasia’s mother who is old enough not to care about such things.

Where the movie is at its weakest is with the drama and romance. The romance doesn’t really work for me, it’s all too fast. As for the drama, it can be a bit much like when Anastasia’s mother finally cries or Anna’s long speech about not trying to convince the mother anymore but seemingly still doing so anyway. A film like this wants to keep a quick pace and the crying scenes slow it down a bit. It’s nothing too serious but if you lessen the drama a bit then the film would have its ideal pacing.

Overall, Anastasia is a solid film. It may have a rocky start but just keep with it until Anna begins her performance as Anastasia and then it’s off to the races. The balance with the serious drama and comedic moments is on point. The movie ends rather quickly but in a really ideal way. I would have liked about 5 more seconds just to see the mother say that the play was over but since it was told to the viewers I suppose that counts. A film isn’t really complete until you have the ending at the ready and so that completes the picture. If you’re up for a solid drama film then this is a good one to check out.