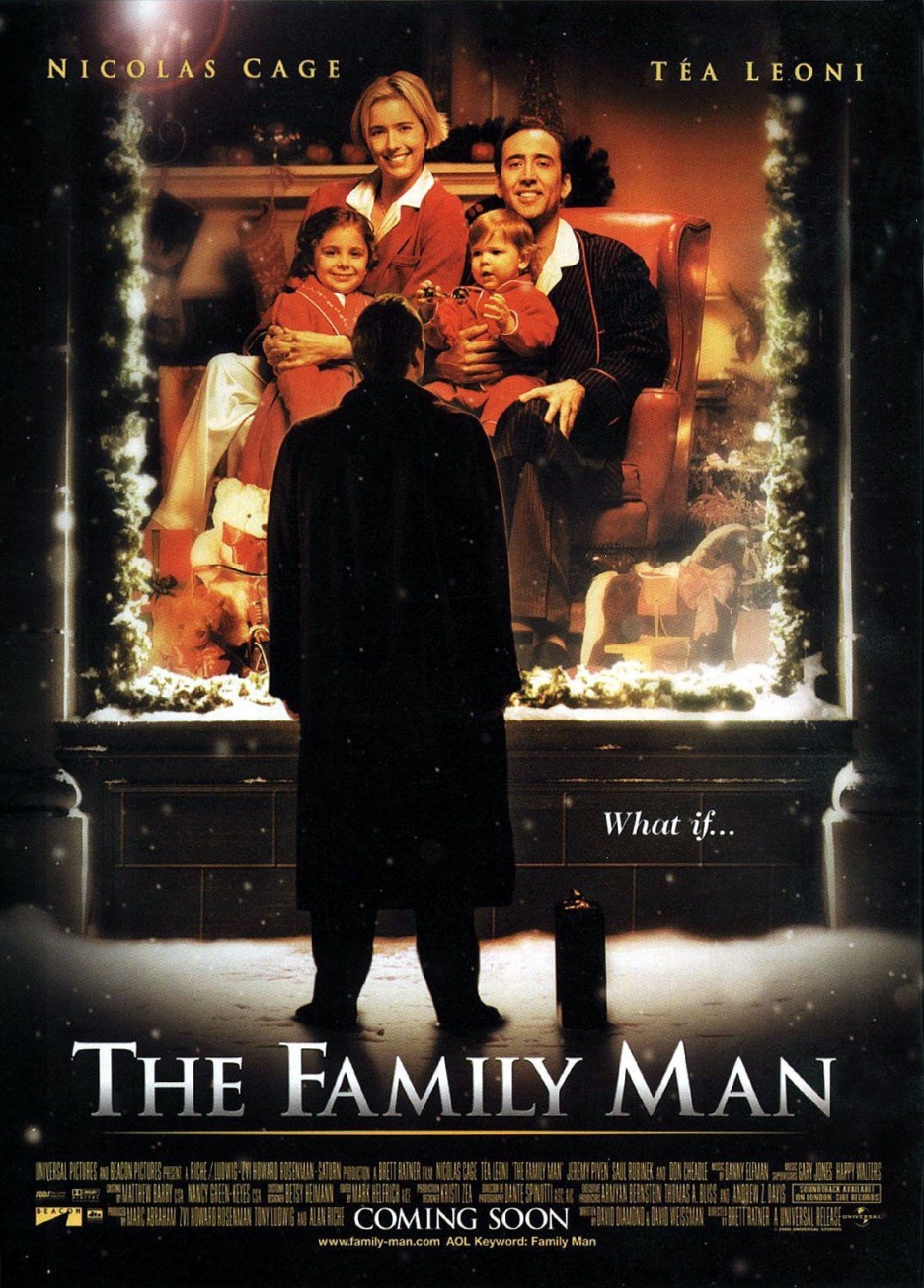 Time for a classic Christmas switcheroo film. Whenever a character is given a glimpse of a What If scenario you have to wonder if this other life is better or not. I’m sure everyone’s thought of What Ifs at some point or another. I still remember how if I had rolled another way I would have likely won the Super Smash Bros national. Now that would have been absolutely insane. Back to the movie though, it’s a fun enough adventure even if it feels like the lead can’t catch a break.

The movie opens with Jack and Kate having a tearful goodbye as Jack has to go abroad to accept his promotion. Kate warns him not to go since she thinks Jack won’t return. He promises that he will be back though and we jump ahead a few years. Jack is now one of the richest people on the planet and is about to engineer the biggest merger in history. Unfortunately he did not go back to Kate so he is now single. Jack’s living it up though and seems to be as happy as can be. His life is borderline perfect or at least it feels that way. He has everything that he could ever want and is happily single. He doesn’t even think about the road not travelled. Well, one day he stops a hold up that was in progress with some quick thinking. The potential shooter, a guy named Cash tells Jack that he went too far when Jack casually tries to get Cash some help and talks about how his current life is perfect.

Cash curses Jack into another dimension, the dimension of what if. In this world, Jack ended up going back to Kate. They’re now fairly poor as they live in a house where they still have over 100 payments to make. Jack works at a tire shop now and is very unhappy. He wants to go back to his real life but there seems to be no way to do so. With no prior memories of this current life, Jack keeps getting himself into trouble. Can he make it back to his standard timeline or is this game over for him as a rich CEO?

In a lot of these What Ifs, the character goes to the other world because they wanted to. They made a wish on a crystal ball or talked about their issues with Santa. This film is an interesting reverse of the usual scenario as Jack absolutely did not want to leave his current status. He was quite happy with how things had gone and it’s really Cash who claims that Jack would be happier this way. Of course you figure Jack will give in by the end but it almost feels like he was being punished for helping Cash out and doing the right thing. Not exactly the big reward you would have expected for nearly saving the day.

There are a lot of fun moments here and the Family Man makes for a fun comedy. The writing is strong and while not every joke will land, there’s a lot to enjoy here. The script is definitely on point and the opening 10 minutes with Jack in the original timeline may be the highlight here. It’s just nice to see him really going over the top with how much or a “Profits first” guy he is. Thing is, he’s not even a super unreasonable boss. He’s paying everyone for their time and securing a big deal. He even says they can have a party, just once the merger is in effect.

Jack seems like the kind of boss you would like to have. He may not give you all the vacation time you would want but he does the toughest jobs himself. He’s the one who actually goes out to meet up with the execs and secure the deals. Jack really put in a lot of effort so I can see why he would be upset at having to lose all of that. He definitely made a mistake in ditching Kate like that, he probably should have called her over. That could have been the ideal timeline.

That said, I just don’t think Cash was correct about Jack not being happy with his life deep down or anything like that. Jack was clearly having a blast, there’s no way you can tell me he was sad or anything like that. He just got the biggest deal in history and enjoyed where he was. He even has a good working relationship with his subordinates and peers. Usually in these films one of the messages is that you can’t be happy if you’re single but that was a big myth and Jack really busted it here.

So in this other world, you can understand why he is upset because it does feel like a downgrade. He has a family now but has lost years of work and effort. Put it this way, it’s easier to find someone and start a family than it is to become rich again. If Jack really wanted someone, I’m sure he could probably have done that. Where the film goes a bit far in stopping him is when Jack ends up finding a path that will let him be rich again while also keeping his family. It’s sounding good until Kate tells him this is a bad idea and he has to decline that deal. It’s a shame because that would have been the best of both worlds. I’m sure Cash would have stopped him either way but it was a good effort.

Jack isn’t the nicest guy though and so a lot of the time you will feel worse for Kate and the kids. Jack could have done better to take this all in stride. Even if the situation wasn’t fair for him, it’s not like they had anything to do with it. Kate’s a nice heroine who does her best to support Jack at all times. I think she could have handled the end better with him trying to get rich again but he didn’t really think it through very well either. The whole sending the kids off to private school was definitely not the way you open that conversation.

The movie’s romance would be the weakest part which is what keeps the film from being a little higher. I was glad Jack at least turned down the side affair, that would have been too much to come back from. When he was single he had a lot of affairs which are definitely the weaker moments for his character. I still wouldn’t use that to show that he’s unhappy though, that’s just something you see all the rich characters do to flaunt their power. So long as they aren’t cheating on someone, it’s not nearly as big a deal.

I could also do without the kids to be honest as they usually seem to be here to guilt trip Jack. Also, the kid let him down with not telling him about the anniversary gift in time. That’s a really big thing not to mention and it nearly put Jack in the dog house. If you’re going to remember one thing, that would be the event to remember since the others just don’t matter in comparison.

Overall, you’ll have a good time with The Family Man. It’s a fun film that manages to cover quite a lot by the time that it’s over. The long length is good here because you get to really see both of his lives. The supporting cast is good too like Jack’s best friend in the new world. He really did his best to try and help Jack out through the tough patches. You always want to have a friend like that because he was both loyal and dependable. Without him Jack would have certainly gone down the wrong road. It’s not perfect but it’s a fun adventure. I definitely had fun with it and it’s certainly the kind of feel good film that succeeds in its efforts. You’ll leave with a positive spirit even if you may feel like his old life was still the best one. It’s hard to turn down being a CEO after all and I still stand by the fact that he seemed to be a rather good/fair boss.