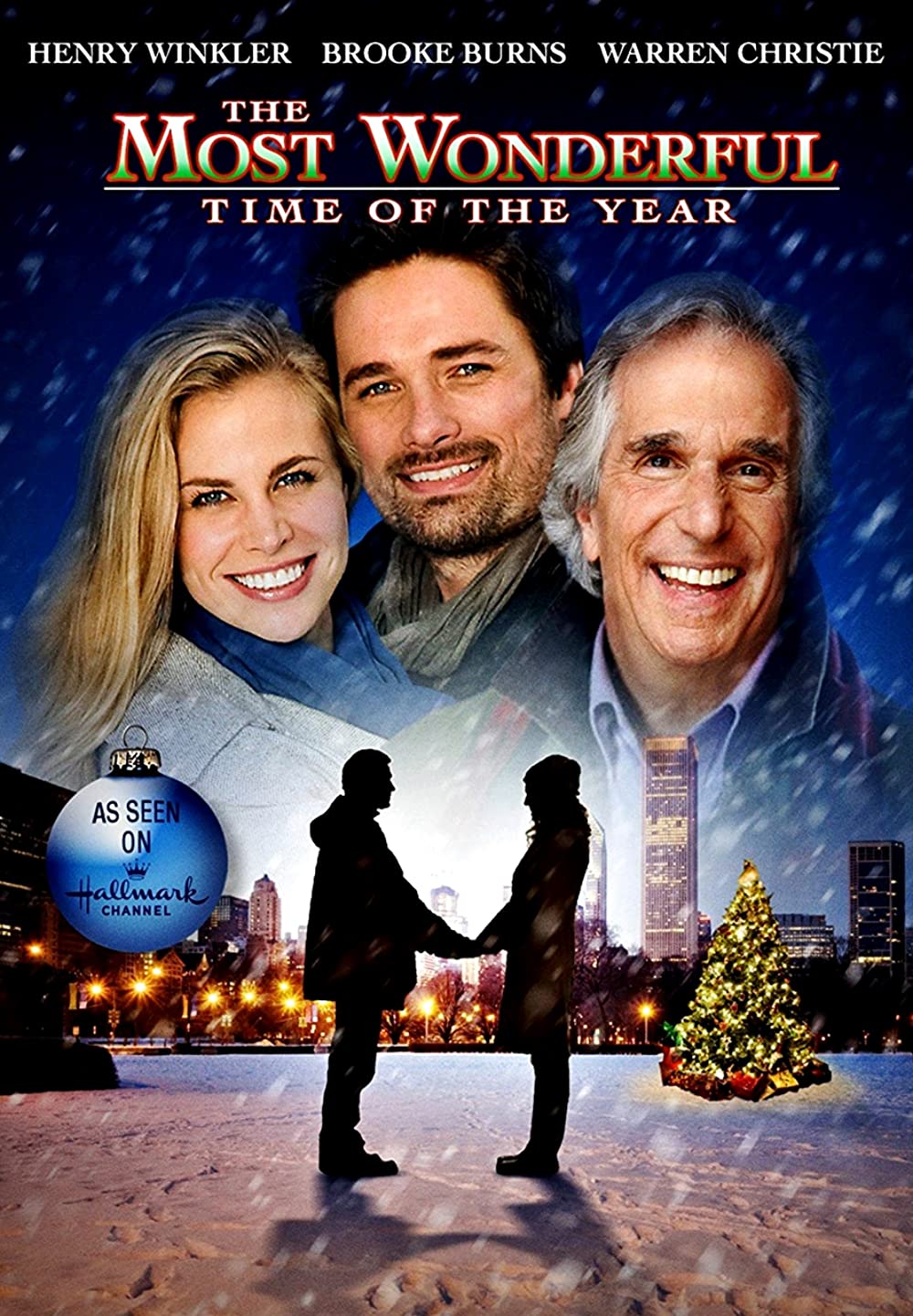 Hallmark has returned once again. This is a bit of an older Hallmark film and you can tell that it is quite a bit different from the newer ones. At least the ones I have seen thus far as this one has some action and a real sense of danger here. Things aren’t quite as happy the whole time although this is certainly still a feel good movie. It works rather well and I could call this one of the stronger Hallmark films. It’s not quite at the top but it has a lot of heart.

The movie starts with Christmas fast approaching and Jennifer is getting ready to pick up her uncle Ralph at the airport. It’s going to be a very nice Christmas celebration as her fiancé Richard is coming over and Jennifer will get to see his parents again. Ralph doesn’t seem crazy about Richard but he doesn’t seem like a bad guy either. Perhaps a bit stuffy but a decent fella. Well, things take a turn when Ralph bumps into a nice guy named Morgan at the airport and invites him over for Christmas. Is it time for Jennifer to trade guys?

I mean, it is obvious from the start that she is going to ditch Richard. The only question is, how quickly will she do this. Will this happen at the end of the film, Will Richard make a mistake or just lose out naturally? In this case I would say it’s a mix. Richard doesn’t do anything too obvious but there is one scene where his parents are making fun of Jennifer and he doesn’t stop them. It’s quick and the parents aren’t too exaggerated here, but I don’t care if it’s the thinnest insult out there, you have to defend your fiancé. After all, if you can’t trust your partner to help you out now then this whole thing is not going to work.

I know the film has to give Richard some bad quality so you don’t root for him in the end but each time I just wonder how the relationship even got this far. It’s interesting because I watched a film after this one with a similar romantic option where the “safe, nice guy” pick was the wrong one and that is the main critique Morgan gives here. Richard is just too basic and all of that. I never agree with that criticism though because I don’t see how that’s a bad thing. Like the joke of “Does he fold his clothes neatly” is seen as a bad thing. I suppose they would prefer a slob eh? So you don’t win any points by using that as an attack but Richard not defending Jennifer is enough for me to give him the thumbs down here.

I was just glad that the film had some restraint and didn’t make him out to be a total jerk or anything. He seems quite reasonable to me and of course it makes sense that he wouldn’t like Morgan since Morgan is trying to take his girl. Then you have Morgan who you know is doomed to be the main guy here. He is very quick to criticize Jennifer and her life choices like mailing out cards to everyone. She was right that this was real sudden considering they just met but he did apologize so that was good. On the whole Morgan’s a solid character and he does try really hard to help Jennifer get the toy for her son. He’s just a classic nice guy with no strings attached and so it all worked out for him.

That said, I would still say the romance here is weak because it’s a total rebound. Jennifer was a few days away from marrying Richard and suddenly she is completely together with Morgan? Yeah that’s just way too fast so I wasn’t buying into it. Beyond that Jennifer is rather mean in this film. She’s incredibly rude to her neighbor throughout the film and I didn’t think she deserved that. The neighbor is a little noisy and always talking but Jennifer just plays along which is only encouraging her. If Jennifer had told the neighbor she wanted the lights a certain way or something and the neighbor continued to pester her? Okay then that’s different but instead Jennifer is passive aggressive throughout the entire film which gets old really quickly. It just wasn’t deserved the whole time which is what hurts. By the end I like to think Jennifer is a nicer character…but I can’t be sure of that. There’s no real indication that she would be nicer to the neighbor since Morgan doesn’t like her either.

Finally we have Ralph and he’s a fun side character. He certainly has a preference for which guy Jennifer picks and does his best to run interference. He even plays a VHS to try and trick Jennifer at one point. His real standout scene is when he takes out some guy who tries to mug him though. Ralph doesn’t back down from a fight and clearly kept his combat skills even though he is retired. It had to be the most surprising scene in the film but in a very good way. That’s really how you get the job done. Ralph steals the show in this movie and is easily the standout character.

Every scene with him is a lot of fun. At the end of the day, that’s the core advantage that most Hallmark movies have. They’re just a lot of fun and really fly by in an instant. I wouldn’t say they have any big weaknesses and the character cast is always on point. You can feel the Christmas cheer here and the only thing the movie was missing was some Christmas cookies. We got a turkey which is a big subplot in the movie but a few desserts would have been nice to see too.

Overall, This movie’s a success and I would give it a thumbs up. If you’re looking for a good Christmas film to check out, you really can’t go wrong with this one. It ticks off all of the right boxes and just keeps the adventure rolling. The small fight scene we got at the beginning was fun and there’s even a scene later on where the main guy has to fight a store owner. Now, this moment is harder to cheer for since he’s basically taking out an innocent store owner. The guy was rather mean the whole time but Jennifer did arrive past her promised time at which he said that would be game over. By the end of the film your main message here is to always make your deadlines.