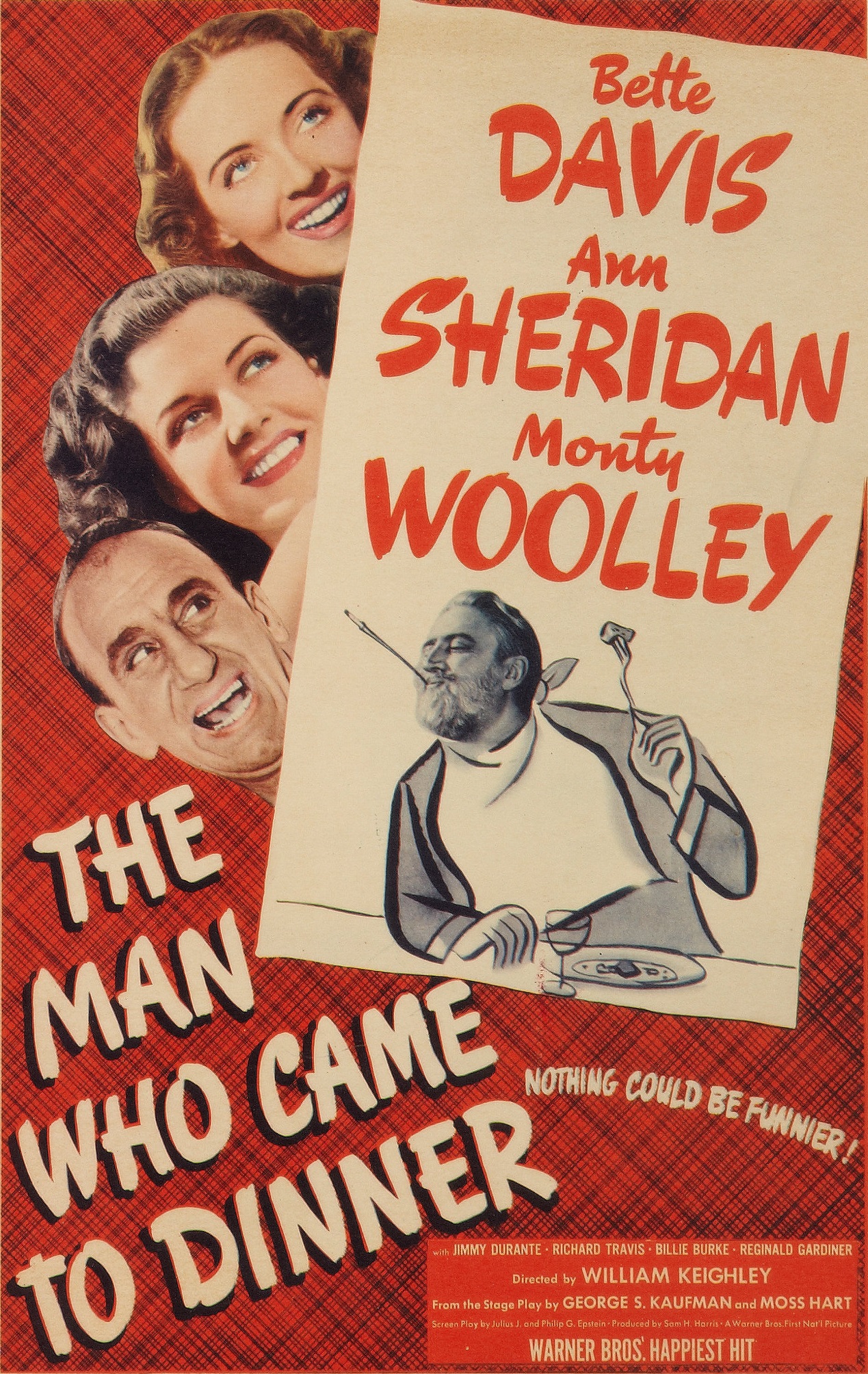 Time for a crazy comedy film where you get to see what it would be like to have someone living at your place and creating a lot of chaos. You’ll probably have some issues with the main characters getting pushed around so much but it is fun to see Sheridan constantly bash everyone over and over again. The guy is quite committed to taking everyone down verbally to the point where you have to give him some credit. He is quite consistent with how he acts towards them.

The movie starts by introducing us to Sheridan who is a very important man. For publicity he will be having dinner with Ernest and his family although he is not happy about this. Sheridan doesn’t really like people and he doesn’t like anything that messes with his routine. Well, this dinner falls into both of those categories as reasons why he isn’t happy about it. Things get worse for him when he slips on their steps and breaks his hip. Now he must stay in their house for days as he tries to complete his business duties. Will the family continue to be overwhelmed in their own home or will they fight back?

Sheridan is a very entertaining antagonist and he really makes the movie. He never lets a minute slide where he isn’t insulting the cast with his actions or even just verbally. He has utter contempt for all of these guys since he believes he is above them. The only character he seems to care about at all is Maggie and that’s mainly just because he wants a consistent secretary so he doesn’t have to train a new one. Sheridan is a very selfish guy but it’s all so over the top that you can’t help but have fun with him. I’m telling you, the movie would not be the same without him at the helm. This guy’s great and he also has complete confidence in himself.

Whenever he’s concocting a plan, Sheridan knows that it will succeed. He also has quite a lot of allies to help him out in case things don’t go very well. One such character is a guy named Banjo who may be the craziest member of the whole cast. He isn’t crazy in a cool way though and I would consider him one of the weakest characters here. He certainly does have a lot of energy and adds to the insanity of it all but he’s one character that could have been toned down. Traumatizing the maid like that was mean spirited.

As for Maggie, she’s a solid main heroine. She is the only character who can keep up with Sheridan in terms of banter and even takes the edge sometimes. We see just how crucial she is to his success and has really done well for herself. Now that she is entering into the romance game that ultimately pits her against Sheridan. While the film shows that Sheridan will still win any match against an opponent, she puts up a really good fight here. Her cleverness and talent with making plans gets her far.

Bert is someone I didn’t like quite as much. See, my issue with him is how oblivious he is. An actress invites him to spend some time alone with her in a cabin to go over the script? He should have declined right away considering that he was seeing Maggie. Yes, he could have gone and made sure that everything was above board but the optics of that are awful. Especially with Maggie being so distressed and he acts like he has no idea why that could be. The whole thing hurt his character a whole lot.

As for Lorraine, well she is shown to be a character who will do whatever it takes in order to get her roles. She certainly isn’t afraid to admit this and has a lot of drive. The end to her character is rather intense here. You know she’ll be okay but I’d say a few bridges have certainly been burned by the end of this film. Out of all the characters though, Ernest and his family have to be the worst ones. They are actively bullied in their own home and don’t do anything about it.

Ernest’s two kids are quickly tricked by Sheridan and get themselves into trouble. Ernest’s wife ends up just trying to stay polite the whole time even as she is insulted and makes no move to defend herself. Then you have Ernest himself who just rolls over each time even when he is initially talking tough. That’s no way for the head of the household to be acting. Then when he finally makes a move he starts to get blackmailed? The guy should be ashamed of himself for ever letting it get this far. He should have made a stand right away. When Sheridan told everyone to vacate the first floor and use the back door exit he should have just said no and started reading the paper. Realistically there isn’t a whole lot that Sheridan could do about this.

That would have been amazing to have seen Ernest fight back like this. It would have changed the whole feel of the movie of course but I think this would have been the right direction. If you want to keep the events similar, just have Sheridan bribe a cop to arrest Sheridan or something and then you’ve still got the same scenario but now Ernest did fight back. It’s just almost hard to feel bad for Ernest with how he let everything go up in smokes like this.

The writing is good though and there is a lot of witty banter throughout. That’s where a good deal of the humor comes from and it’s all rather effective. The pacing is good too with a whole lot happening during the movie. You get to feel like it really has been a long time since Sheridan ended up staying at the house. The film also has a pretty solid ending which ends the movie off on the right tone. We’ll see if the characters handle things a bit differently next time.

Overall, The Man Who Came to Dinner is a very interesting comedy film. It’s all rather crazy like with how Sheridan invites murderers over for dinner and is obsessed with criminals in general. A murderer ends up being a part of a plot twist and there’s just always something happening. Whether you enjoy the film or not will completely depend on how much you enjoy Sheridan and how he pushes everyone around. I quite enjoyed that and also seeing how he’s built up quite a few friendships despite his gruff exterior. I doubt any of them would admit to being friends but it shows that even this cold lead needs someone to talk to.