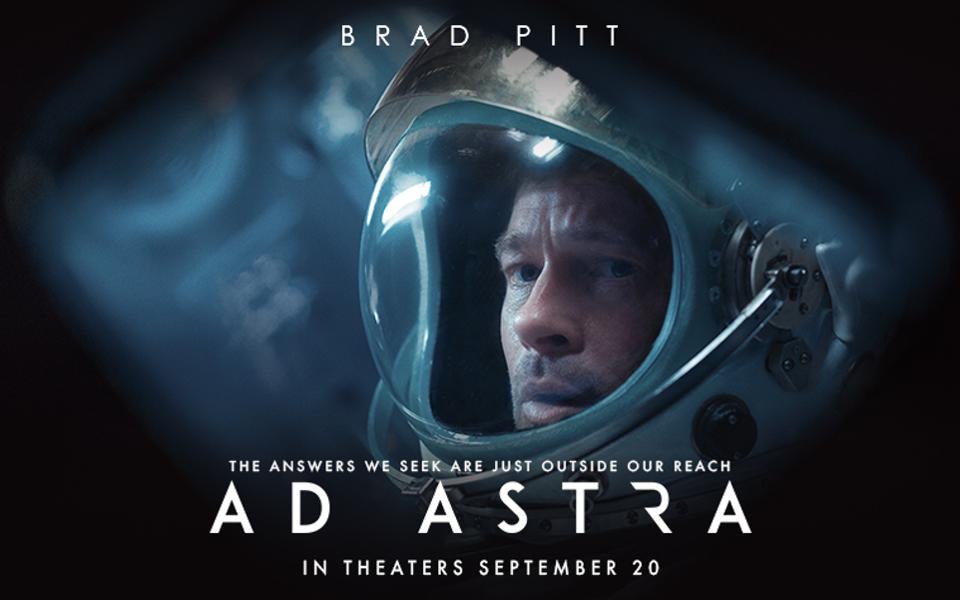 Ad Astra is a fairly low key space adventure. You’re not going to have a lot of explosions or anything like that but you do get to see space which is always fun. I do think the movie would have benefit a lot from some actual aliens and explosions though. Maybe have the humans turn into space apes or something. Still, it’s a fun film and it should keep your interest the whole time.

The movie starts by introducing us to Roy. He is one of the top astronauts and one thing that really makes him stand out is how he has no real emotions. Rather, he is so good at suppressing them that this comes naturally to him. He is the son of the legendary Clifford, an astronaut who was doing great work on the Lima Project but unfortunately died in space. The Lima Project was all about finding any aliens in space. Well, the government lets Roy know that Clifford may actually be alive. Unfortunately, it appears that as a byproduct of the Lima Project, mysterious power surges are rocketing across the cosmos and causing all kinds of dangers. Roy was almost destroyed by one of them. The government needs Roy to make contact with Clifford so they can ask him what’s wrong and fix this. Is that really all they plan to do though?

As always in these films, you have to take what the government tells you with a grain of salt. If they say they just want to talk…you have to assume there’s more to that than meets the eye. Of course with Roy not showing his emotions much, he’s not really going to talk about any of this. It’s not until we’re deep into the film that he gets to show off his emotions more like when the government tries to take him off the case. Roy’s a very capable soldier and proves his worth in several fights like when bandits nearly end his mission from the start.

Roy also seems to dislike the fact that space has become a really big retail mall. When you go onto the Moon the first thing you see are a bunch of food stores and things for sale. He mentions that his father wouldn’t have enjoyed this either. It’s clear that everything has been turned into a place for shopping and Roy figures humans will continue to wreck every planet they come to. It’s a jaded opinion but one that’s probably correct at this point. So yeah I liked Roy as a main character. He had to make a lot of tough choices but I would say he always made the right ones. He didn’t back down and aimed to complete his mission from start to finish.

He’s a good contrast to some of the other characters who are doing the whole “Just following orders” routine. Some of them really don’t think for themselves and just obey all commands even if they don’t make sense. There are 3 agents in particular who look really bad here as they are ready to instantly try and murder Roy. Fortunately for the lead he ended up being more powerful than they were and stopped them. It was a needless loss of life though and only serves to weaken their chances at completing the mission.

As for Roy’s father Clifford, he gets a decent sized role by the end. We get a few plot twists on the Lima Project and the extent to which he wants to complete it. Needless to say, this mission is really Clifford’s life. Now he hasn’t done a great job with some parts of it though like putting the whole universe at risk. Clearly there are some bugs with the project that need to be resolved. He’s not really addressing the issues though and by the end you could say he feels like a total villain. Same with the government here but at least their overall objective will protect everyone. Clifford seems willing to sacrifice the known for the unknown which isn’t good. Even if he were to find his objective, there would be nobody left to celebrate this.

The writing here is solid. The film can move a little slowly at times and it’s certainly not meant to be a thriller but you will be engaged. In some ways it feels like a very old school sci-fi adventure where it isn’t relying on action or explosions to get by. It’s just telling a story about space. Of course I’ll always take a more action packed adventure but when executed well this can certainly work and Ad Astra will end up being a good example of that. The dialogue is good throughout and most importantly, you won’t be bored. Even while plot developments are slowly tossed over to you, the characters are able to hold the scenes up well. At worst the emotional scenes just won’t land so much but they’re typically quick and then you get back to the adventure.

Due to the nature of the film there isn’t a whole lot to discuss though. The story is very straight forward with Roy needing to find the source of these power surges and stop it, even if it’s Clifford at the helm. Most of the film is about the journey there and realizing that space has quickly become the new Earth. If anything it’s probably even more lawless judging by how easily the pirates were able to show up and cause trouble. I wonder where the pirates live though, it must not have been easy to create another base on the Moon. Perhaps it started as a revolt and they overtook one of the sites. Either way you’d expect the government would be able to take them out then. The film’s not about that but I would have been interested to learn more about that.

Overall, Ad Astra is a solid Sci-Fi film. It’s not a game changer or anything like that but it’s just an all around quality movie. I could recommend it to anyone who likes Sci-Fi since it’s so accessible. One of the benefits of not being super deep or having a lot of foreign concepts is you could even watch this as your first sci-fi film and immediately understand everything. It’s basic and not in a bad way. I’d be up for a sequel that goes more all in on the action but they’ve shown that they could do a low key movie once so I’m sure they could do it again.