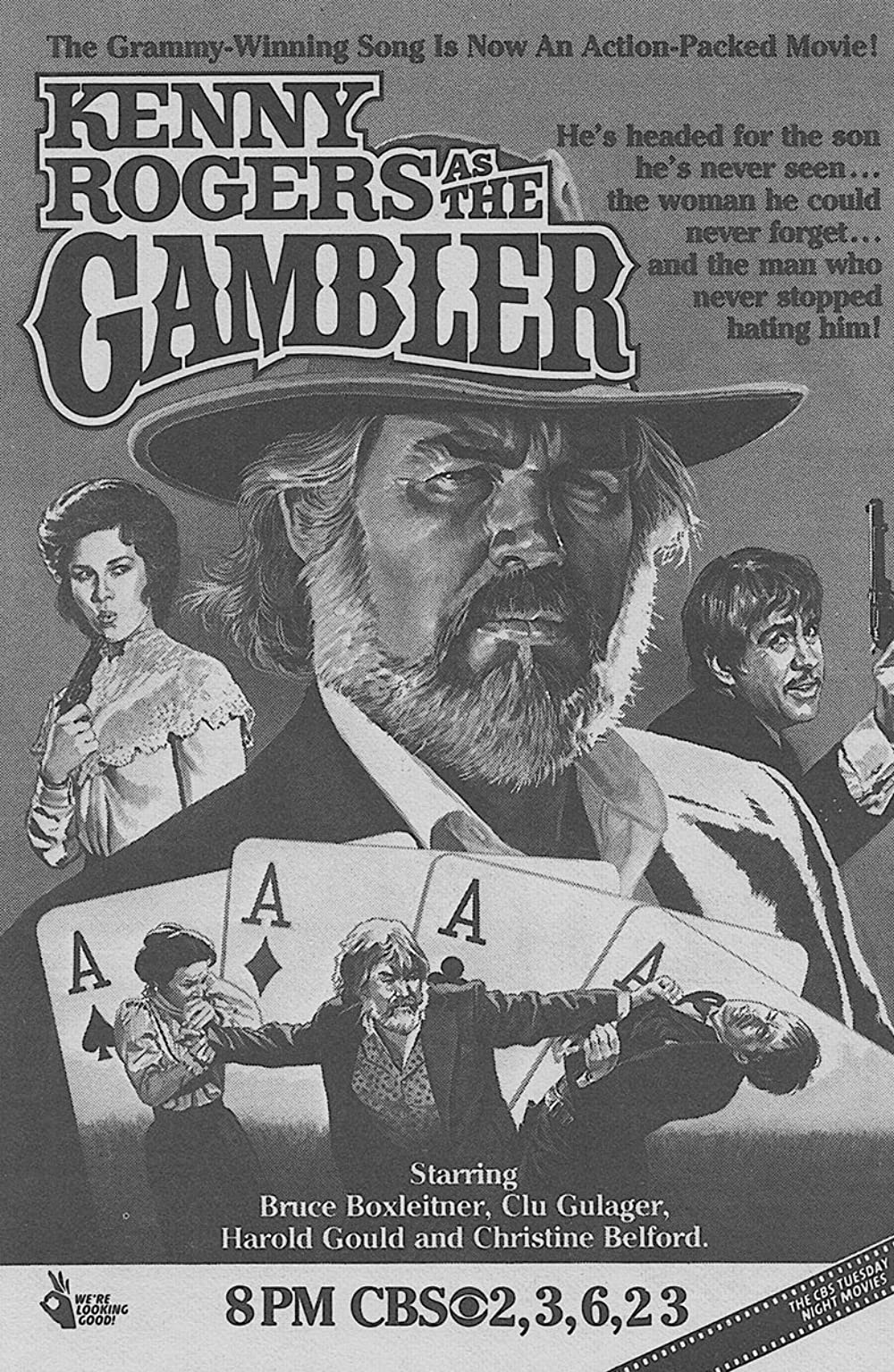 The Gambler is an interesting wild west film because it’s not focused on the shootouts and instead the card playing is a big focus here. Of course with a title like The Gambler you would expect that. The actual card game has to be one of the big highlights in the film. It’s definitely a good film and holds up pretty well compared to a lot of wild west kind of titles.

The Gambler starts off by introducing us to Brady. He is an extremely good gambler to the point where nobody can really hope to defeat him. He sees a young guy named Billy Montana who is getting himself into trouble by cheating a lot and beating everyone. Brady saves him from a rough fate and then takes most of Billy’s money after beating him in a bunch of games. The two of them head on to a train which is heading to a world championship tournament for big gamblers. Billy is super excited to be entering the tournament of course although Brady isn’t heading there. He got a message from his son Jeremiah that he and his mother are in trouble so Brady’s off to the rescue. Can he really stop the new guy who has taken over the town though?

Brady didn’t even know he had a kid before now. He had ultimately split up with Eliza a while back and as the film goes on we learn more of the circumstances surrounding that. I wouldn’t say every question is answered but we see that it wasn’t really up to Brady. This ultimately doesn’t make Eliza look great especially getting together with this new guy who was Brady’s rival. I’d like more of an explanation on how this whole situation went down because it’s just hard to see. Rufe is shown to be a really awful guy right from the start.

As you can expect he doesn’t end up doing great once it’s time to fight personally. All he can really do is hide behind others to stay in the battle. Otherwise he’s completely out of his league and he knows it. His scenes are definitely the worst ones in the film like striking Eliza and threatening Jeremiah. It’s always more fun when we’re focused on the Brady plot.

The train isn’t the safest spot either though. The owner of the train is one of those sleezy types who wants his customers to do him favors. Fortunately Brady was around and we even get a quick fight scene where he takes someone out with his cane. Brady may be a great card player but I should mention that he is also an excellent fighter. He is old so Brady can’t move as well nowadays but he does have his gun at the ready. One of his better moments is when he breaks into the tavern to save Billy.

Of course his card game against the old rival was another great moment. We got to see how each player would wager their bets and there was a lot of good strategy here. I don’t think I’ve ever seen a film that was truly just about the cards and from this film I can safely say that it would probably be a lot of fun. I may not play card games very often myself but they were fun to watch. It may be a little more luck than most gamblers would like to admit but there is also skill involved. This almost could have been the climax of the film since the fight with Rufe feels more like an after thought.

Billy ends up being an excellent character by the end too. At first he is a bit annoying with all the cheating. The guy claims to be confident but he is cheating so often that it’s hard to take this very seriously. If he was really super good then surely he wouldn’t need to cheat right? Then there is the fact that he enters the super suspicious tavern even after he is warned not too by Brady. Brady made it obvious that this was a bad idea but of course Billy didn’t listen and it nearly cost him everything.

So the first half was rough but in the second half he has a lot of good moments like sticking up for Eliza along with Brady, throwing the gun out the window, and of course his role in the climax. Billy was able to take down a whole lot of enemies at once and seemed really good with the gun considering that he just got it. It was a good way to continue his character arc and you could tell that he did learn from his earlier mistakes. That was nice to see.

I wasn’t a big fan of Jeremiah though. The kid definitely gets into a whole lot of trouble and blames Brady quickly before learning the full story. For Eliza I question her decision making here in being with Rufe from the start and leaving Brady. Without more details I can’t say this for sure of course but it doesn’t seem like the right decisions were made. At least we learn that she did try escaping a few times but he would always find her so I guess at that point it was too late. She should have gone with Brady and Jeremiah at the end though. There’s really no reason to stay.

So The Gambler is a pretty well balanced film. The adventure is good and it’s nice to see Brady sharing the wisdom the whole time. He has a lot of good dialogue and shows his wisdom throughout the film. He’s great at cards, gunfights, and just knows what he is doing the whole time. His final scene about calling bluff with the villain was also handled really well. Really a perfect way to end things for his character.

The only part of the film that’s weak is any scene where we have to see Rufe. Any scene with him is usually very annoying and can be brutal. Part of why you would never want to live in the Wild West is because there was really no justice in a bunch of these places. It seems like the villains would often own the towns and then that would be game over. Even the train of course was corrupt and things would have gotten dicey if Brady wasn’t around. Definitely not a whole lot of people to trust out here.

Overall, If you’re looking for a very climactic card fight this is the film to check out. The battle with Brady’s rival is a lot of fun and the game goes on for quite a long while. It’s nice and I wouldn’t mind if they ditch the gun angle entirely and we just focus on the gambling. It could really hold a whole film by itself without a doubt. We’ll see if the sequels are ultimately able to keep up with this one.