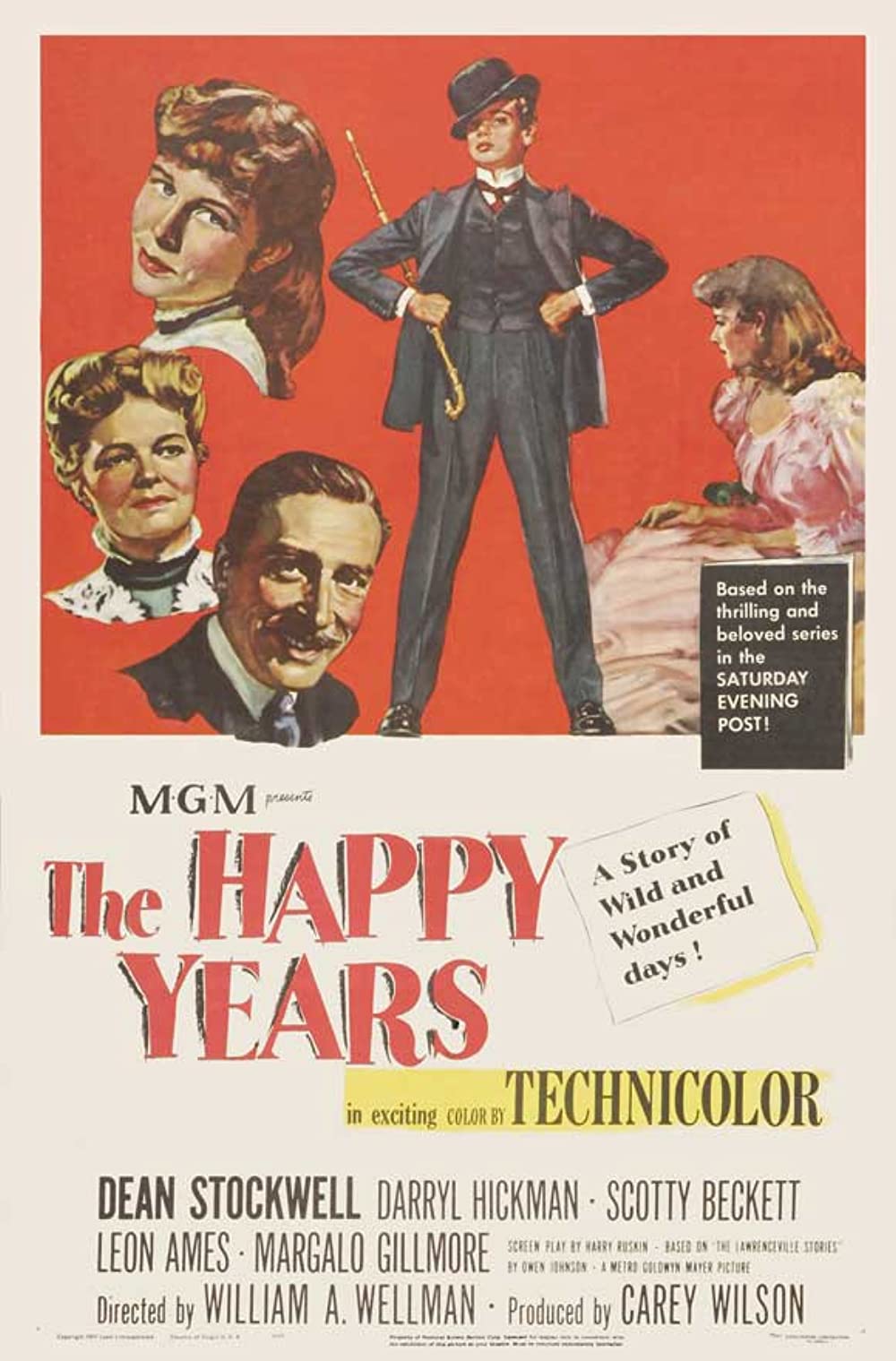 The Happy Years is a fairly happy film about a kid who starts off as a troublemaker but gradually learns what it means to be a respectable person in society. It’s a solid character arc that is paced well so you aren’t bored here. The main character himself may not be very likable but the film itself was good enough where you can get past that. The writing is on point and the story is good so you can’t go wrong there.

The story starts with Stover causing more trouble for his family as he messes with the horse and town property. He’s always been a bit of a wild child but this is getting to the point of being a really huge deal. So his family decides to send him to a strict school to see if they can finally knock some sense into him. Stover is determined to go in there and conquer the place, only the kids here are quite tough. Will Stover become a nice guy or will he be beaten up by the competition?

Now, as I mentioned I didn’t like Stover much. His whole thing is that he’s always rebellious and causing a lot of trouble which naturally means that he isn’t exactly helping to make the situation any better. On the contrary, he is often making things worse just by being around. He starts trouble on the ride to the school so he didn’t even wait until he was there to act up. He always talks tough to the teachers but most of the time you really feel like he starts the fights.

The only time he didn’t start it is when he got to the school and started being picked on by the other kids. I didn’t like Stover here either though because he was talking so tough but as soon as he got off of the wagon then he became timid. The other kids intimidated him almost immediately and it would take a while for Stover to really start fighting back. I would have liked to have seen some energy a little earlier than that tbh.

Stover also gets tricked easily and doesn’t even realize that one of the teachers is looking out for him. Even right through to the end he messes up on tests and doesn’t study. I know he’s a nicer kid at the end of it all but the character arc takes a while and so by then I wasn’t really rooting for him. He just never came around for me and should have picked his battles a little more carefully.

There are quite a few kids here but one of the most important ones is McCarty. He was one of the tough kids hazing Stove initially and then after the first semester he was willing to let the kid back into the group. He doesn’t seem to hold a big grudge the way that some kids would and meant well although you can’t really defend the hazing. I liked him more than Stover though, he seemed more mature and wasn’t just picking fights all of the time. None of the kids there are perfect but most of them are at least trying somewhat.

McCarty is really the one who has to do most of the work in getting Stover on their side and he does a good job of that. He’s someone you can certainly root for. By the end of the film the kids are all united and working as a team so it all ends on a wholesome note at least. The school deserves a lot of credit here as their good reputation is evidently quite deserved. No kid stays running on the wrong track while they’re at the school.

The bulk of the credit goes to Hopkins as the teacher who never gives up on Stover. He constantly gives him chances to try and do the right thing. He’s far more patient with him than most teachers would be and it shows why he is suited to the profession. He has a sense of humor and doesn’t really take things personally. I would easily put Hopkins as the best character in the film. Without him I don’t think the film would have had nearly the same impact. Certainly it wouldn’t have been able to have been as much of an enjoyable ride as it was.

For a slice of life film like this you need quality writing and good characters. Thanks to Hopkins these two areas were successful by a wide margin. The film has a satisfying conclusion and it really goes by quickly. I would have liked to have seen more of his family since it was fun to see how his father would react in the opening scenes. They don’t get a whole lot to do in the movie though and really just have a quick role in the middle and ending as they see his progress.

Maybe have them show up for one of the Football games. That would have been fun and a good chance to have seen Stover at his best. The football subplot was a fun one and I was glad that it was in the film. What better way to build up friendship and comradery right? It’s a game where you have to trust your teammates after all and played no small part in helping Stover make the right decisions. The scenes of replaying the final plays may have been a bit cheesy and I would have cut them out but that wasn’t during a Football game so it’s a bit different. In general the only negative for the film would be that some scenes can be very cheesy with the kids so you’re just wanting the story to move on. It’s almost unavoidable for films with kids as the lead though so in light of that the film did a good job in not letting this become overwhelming.

Overall, The Happy Years is a fun enough film. With the main characters all being kids you may not find any standout characters there but the teacher is a lot of fun. The movie also does a good job of showing you the day to day adventures like being in class or on the Football field. It’s not just blasting through the story here and takes its time. So if you’re up for a cheerful adventure then this is a good title to check out.