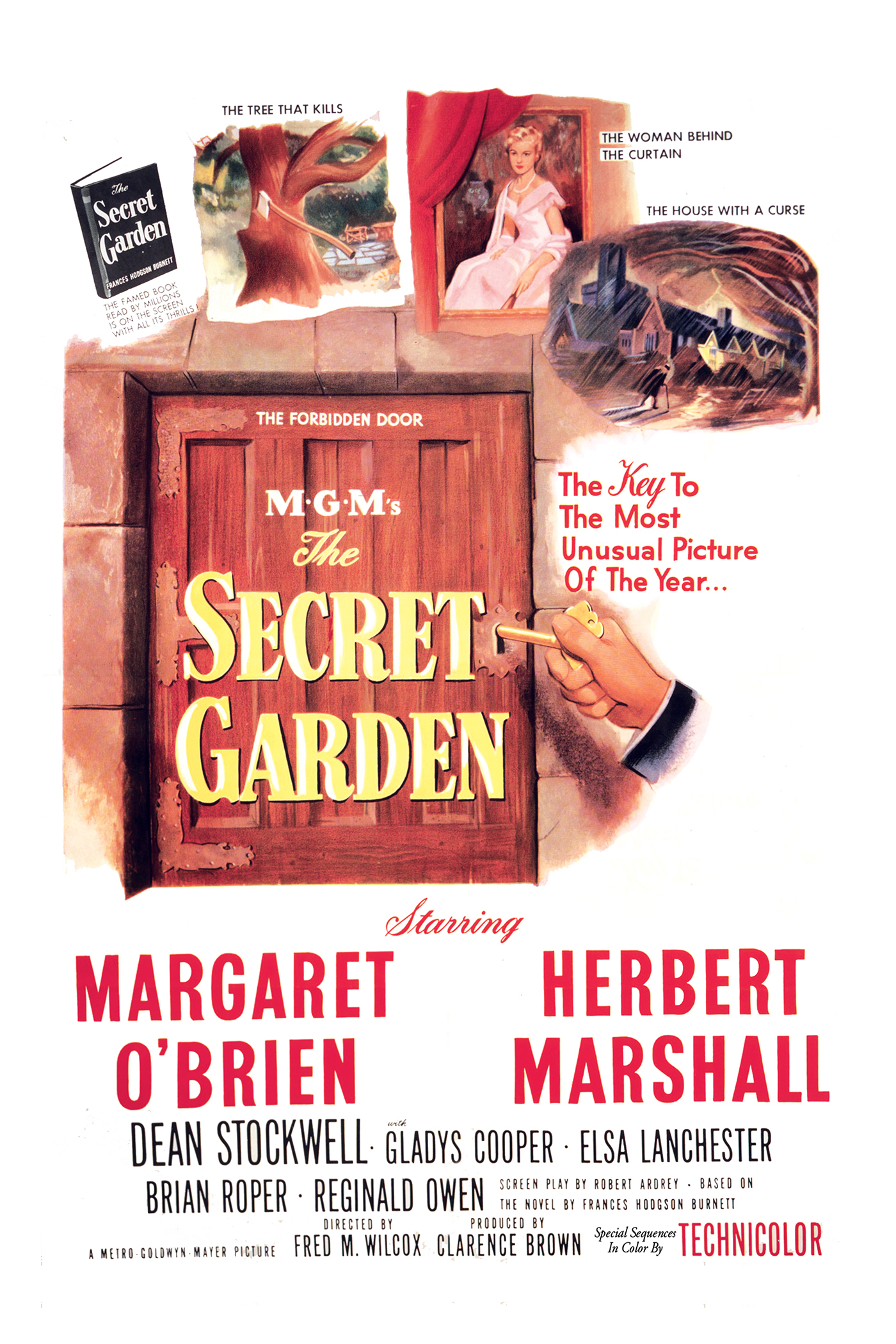 Time for the next film about a group of kids. In this case it’s just 3 of them as opposed to a whole classroom but I would say the movie still works well enough. The mystery angle even plays out like a horror movie initially although of course you have to assume it’s not something quite so sinister as it would initially appear to be. I also remembered a secret garden from Secret Window which was really bad so I got concerned but fortunately this film’s on point.

The movie starts with some guys heading into an abandoned village where everyone either died of a plague or fled the scene. The only survivor is a little girl named Mary who didn’t even realize what was going on. She was quite rich and so this will be a big adjustment to her since she will no longer have maids and the like. Fortunately she has one living relative in her uncle and he is rich. The change is that he’s not really a people person and won’t even see her when she first joins the manor. Mary also hears these awful shrieking noises throughout the night. What’s wrong with this manor and is she really safe in here?

While the mystery angle doesn’t last for too long, it is a good way to kick things off. After all, she doesn’t know her uncle and he has a pretty bad reputation to start with. It’s entirely reasonable for her to assume that something isn’t quite right here. Also, she is quite spoiled initially and the staff here won’t coddle her as much as the old ones would. For example she mentioned that they would dress her and do whatever she asked. This staff is nice enough but they do expect her to be self sufficient to an extent.

The maid even asks with a laugh how Mary doesn’t now how to do basic things like picking up after herself. The maid won me over early on with how she would laugh at everything. The maid has a good sense of humor and was always having fun doing her job. That’s the best way to approach any task as it’ll make the whole thing really fly by. The maid kept this same energy up throughout and the rest of the staff was good too. This really helped to get Mary to realize what the world was really like and to stop being so spoiled. After all, she is still very well off being in a rich place with everything that she could possibly need.

Her uncle never really gets away from his aloof kind of persona but he is certainly important to the plot as well. It takes him a while to change though so it’s fair to consider him an antagonist for most of the movie. He may think he’s doing everything for the best but it’s certainly not the right approach. I did find him to be sympathetic though, characters like this who end up going on the wrong path will at least get to me if they didn’t do anything crazy and they were at least trying to help.

Dickon would likely be the best character here. He’s the first character to really treat Mary like a totally normal person. No special treatment or anything like that, he would just hang out with her and do his best. You couldn’t ask for much more out of the kid and he even introduced her to the wildlife in the area. Dickon didn’t take anything personally and was someone who could always be counted on.

Then you have Colin who also has a big role here. He can’t walk anymore and has been in bed for a long time. He’s told that he might even die soon so the kid doesn’t have a whole lot of hope left. He’s also quite lonely so he spends his days just throwing tantrums all the time. As you can probably guess he isn’t my kind of character for those reasons alone. Fortunately he also gets a character arc here and by the end he has definitely improved.

Definitely with no help from the family doctor though. In the end that’s why you would always want to get an independent, third party opinion for these kind of things. Relying on one doctor exclusively will rarely end up being a good idea in the long run. It limits the options at your disposal and definitely increases the odds of being scammed. Suing for malpractice would probably be a very good idea here.

The movie certainly changes genres midway through once we find out about the garden and the mystery is over but I would say that it still worked out pretty well in the long run. The writing is good which is the important thing. I feel like a movie with this plot would only really work back in the day. The writing has to be very good otherwise a film about a secret garden and kids realizing that the world is such a big place could end up being a little dull. If the writing wasn’t on point then the kids could easily cross the line from being annoying to just being downright awful.

The movie is mainly able to avoid things ever going too far for either of them. The Uncle probably comes the closest with how unreasonable he is. I also think the maids could have easily been less memorable in most movies but with the way the main one was laughing, it left a great impression on me right from the jump. That’s absolutely the way to make a supporting character memorable and it also added to the atmosphere initially. Does the uncle rule with such an iron fist that everyone has to be laughing at all times? These things all have normal answers by the end of the adventure but at first it gives you things to think about.

Overall, The Secret Garden is a film that I can definitely recommend. Of course, I do think you should watch this for the plot and story rather than for the mystery. The mystery just doesn’t last so if you’re watching for that then you may end up being disappointed. The garden itself isn’t fantastic or mystical in any way but it’s a good way to really get the plots together. There’s also a very nice visual trick the movie uses whenever they enter the garden. It’s something I’ve only seen very rarely but it’s a powerful technique. It helps to really make the garden stand out and in the end that is what the film is named after so that was critical.