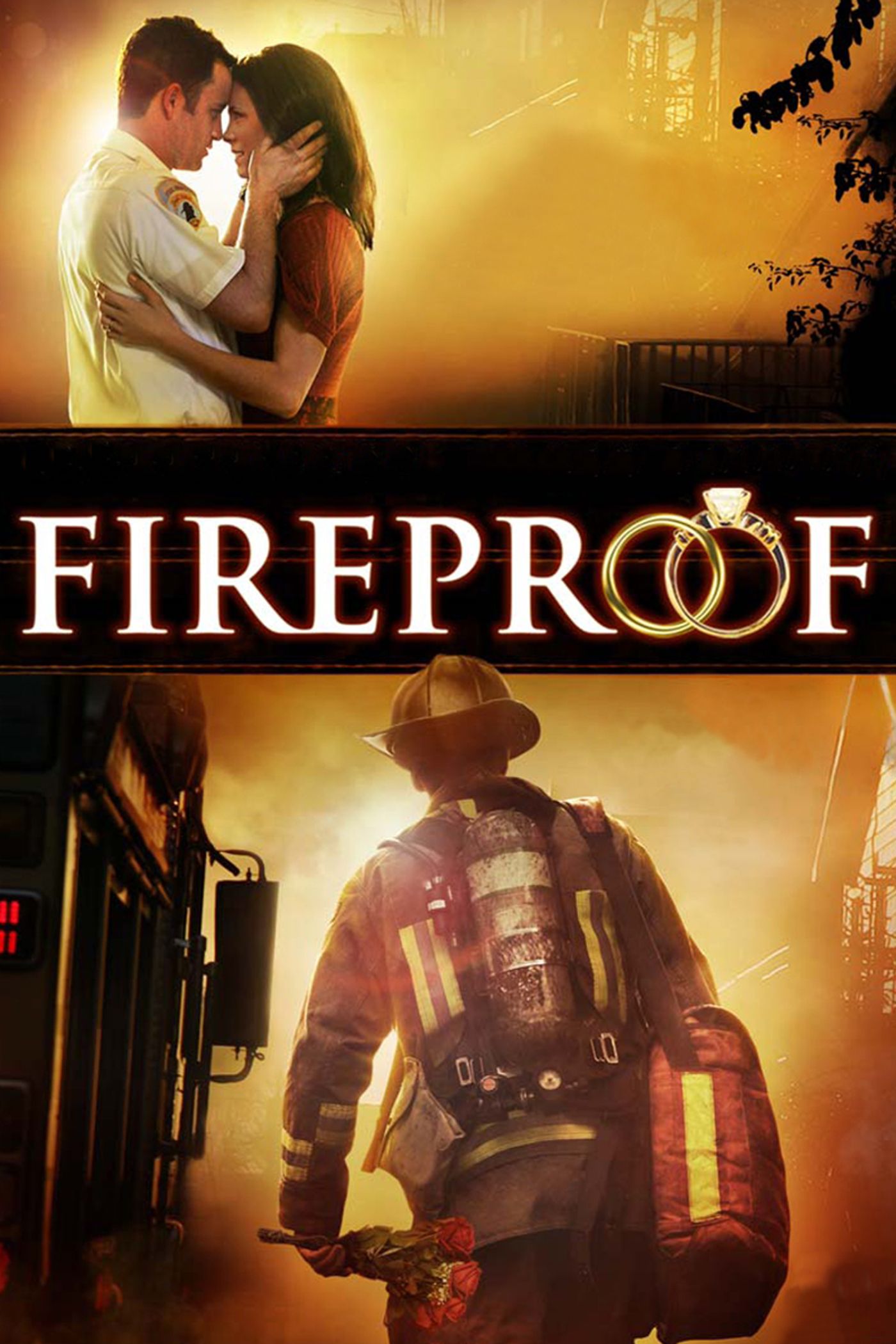 It’s been many years since I saw Fireproof and the last time was before the blog days. It’s definitely an emotional film about two characters needing to fireproof their relationship before it’s all over. By finally turning himself over to the Lord, Caleb is able to make great strides here and so you can expect a fairly uplifting movie here.

The movie starts with Caleb performing more heroics as a firefighter. The guy is pretty much a hero to everyone within the town. His life is seemingly perfect when it comes to his occupation but the trouble starts when he gets home. His wife Catherine won’t talk to him all that much and tends to always be in a bad mood or have something sarcastic to say at the ready. Caleb tends to let his anger get out of control and so the two of them finally agree to have a divorce. Caleb’s father hears about this and tells Caleb to wait 90 days. He gives Caleb a challenge book with a different task each day and if their marriage isn’t back to being strong within that time limit, only then can Caleb walk away.

Caleb agrees to do it although he doesn’t think this will change anything. Meanwhile Catherine’s not buying into these nice things Caleb is doing all of a sudden as it feels fake and automatic. Instead she is unfortunately on the rebound with Dr. Gavin and the two are starting to get close. With poor advice from her friends, Catherine is convinced that this is the right way to go. Can Caleb win her over before it’s too late?

Whenever you have a drama film like this with a marriage on the rocks it can get a bit dicey because you have to get some big disagreements in there but you also have to make sure that neither character is too unlikable or you’ll find yourself rooting against them the entire time. Of course if that happens then it’s really all over. In this case I have to say that both characters were very unlikable so in most cases you probably won’t mind them getting knocked out of the running so you could root for other characters.

It would weaken/destroy the whole message of the film though so it’s good that didn’t happen. Ultimately Caleb’s father is able to use this experience to turn him into a Christian and ultimately help Caleb see the light about his mother as well. Caleb was always very rude to her throughout the film as he thought she was to blame for his parents almost having a divorce. He finally changes his tune once he finds out the truth but it was another reason not to like him for most of the film.

The best character here would be Michael though. He was Caleb’s best friend and gave a lot of good advice the whole time he was having these issues. Michael was always in his corner and it’s definitely good to have a friend like that. The rest of the firefighters were nice enough as well even if their roles weren’t quite as big. One guy certainly had a lot of confidence in himself and really did quite well in the hot sauce competition considering that he was using the real deal.

Of course Gavin would definitely be one of the worst characters here as he is just trying to get Catherine to be with him the whole time. Gavin comes across as a very desperate character and also one who is easily intimidated. He knows that what he is doing is not good but keeps on at it anyway. Definitely not a character you would expect to ever like.

Catherine does deserve a lot of blame here too though. You definitely shouldn’t be flirting or anything like that until the divorce is actually official. Moving on when this hasn’t happened is still cheating. She also does seem to come in with a bad attitude constantly although of course there were a lot of events that happen prior to the movie actually starting. So the implication is that she has been bottling this all up for a very long time and only now has it started to come out.

Then Caleb is always trying to act super innocent like he has done absolutely nothing wrong. As the film goes on this becomes more and more untrue to the point where it is laughable that he is telling everyone what a saint he is. The guy’s not even close and his neighbor even gets to see a lot of his outbursts. The opening outburst in the film where he drove Catherine to tears was a scene that it’s hard to really come back from though. There was no real way to root for the guy in the film after that and Caleb doesn’t really change until the final minutes of the film.

As you can tell I wasn’t big on the romance here but the overall message is still good. You shouldn’t take each day for granted when in a relationship and should always be trying to do something nice. Ideally both parties will be doing this but as long as you take care of your side then it should all balance out in the end. Then of course with Caleb becoming a Christian he’ll no longer be heading off to Hell in the end and presumably Catherine and the others will be joining in too. So it definitely makes for a very wholesome ending here.

Overall, Fireproof serves as a good reminder to always do your best and to be considerate of others. Even if you seem to be doing a great job at everything, it’s possible that you’re missing something. Caleb thought that saving lives and doing great on the job meant that he was automatically doing great at home as well but this wasn’t the case. You can’t miss out on the small things for the bigger picture. You want to have a good balance like Michael did in this film. He always had time to do well on the job and have fun at home with a nice dinner and companionship.