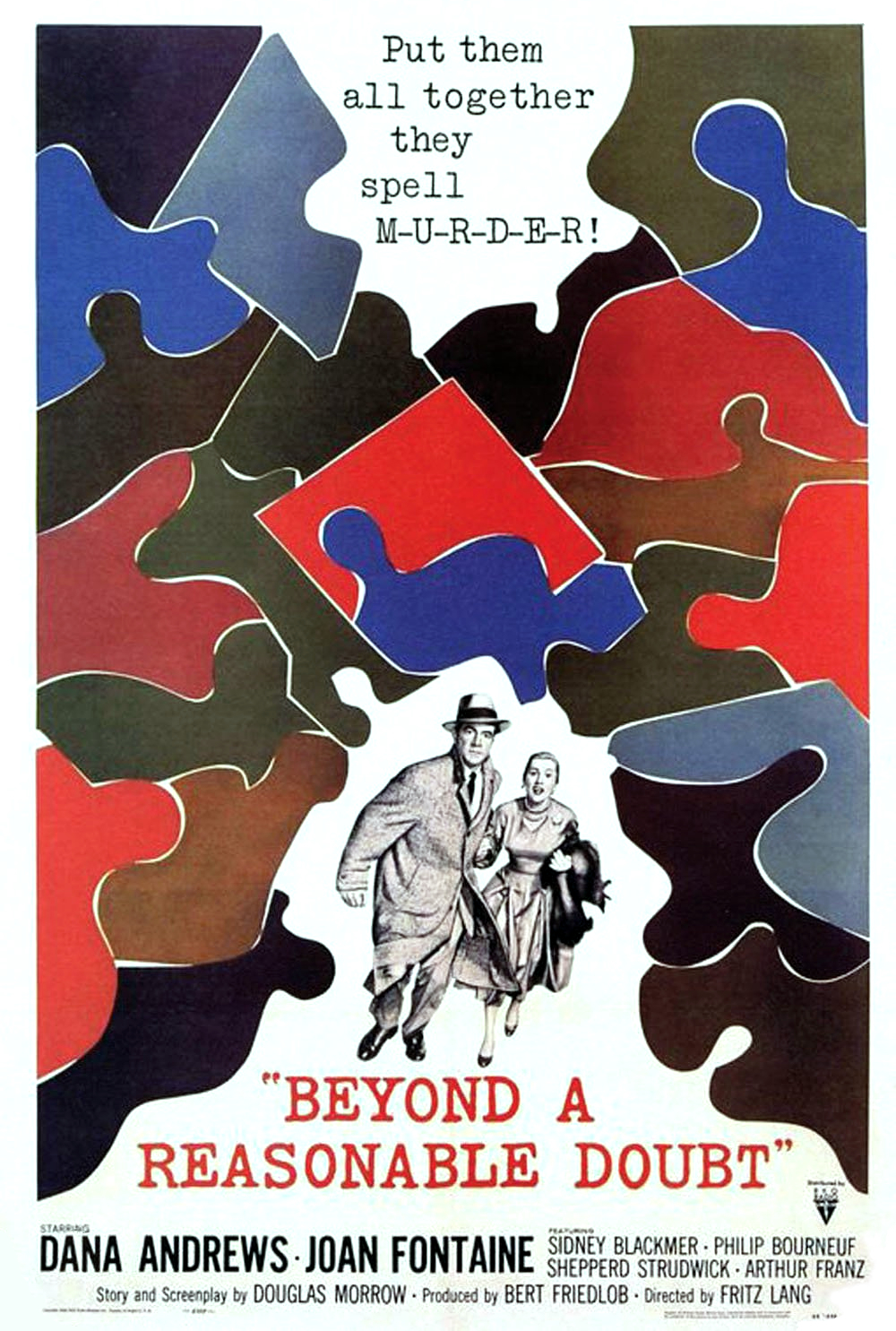 Time to look at a classic noir mystery film. This one has a pretty interesting plot about trying to fake a crime which is just as dangerous as it sounds. Probably not something you want to be doing on the regular but the reason behind it is interesting as well. The movie has its share of twists and turns as it comes to the ending and they all work pretty well. Definitely a must watch if you like noir.

So the movie starts with Tom accompanying his boss Austin to the latest execution. Austin wanted Tom to see this first hand to further explain why he was against capital punishment. The District Attorney has been bumping quite a few criminals off and Austin thinks it is so that he can make a play at being governor. The two certainly don’t like each other much which is understandable since it’s a big topic to disagree on. That is when Austin lets Tom in on his idea. He wants them to wait for a crime there there are no leads and then they will frame Tom for the crime. If he is convicted and sentenced to be murdered, then Austin will reveal that it was all a ruse and that might get the state to outlaw capital punishment. They’ll have photos and everything so this should be low risk.

Tom agrees to do it but quickly realizes that there will be a lot of complications here the whole time. For starters, this puts Tom’s engagement on the rocks because he is starting to act overly familiar with some other ladies as part of his cover. Tom probably should have just told Susan what was up from the start so this is all on him. Then with all of the fake evidence Tom’s position continues to look worse and worse. As long as Austin is ready as his safety net he should be good…but will that really work?

The writing here is very good which is absolutely critical since the dialogue is really what makes a film like this. I certainly didn’t see one of the final twists coming here. I also like how Tom’s very nonchalant about the whole court case until something happens later on. He doesn’t do anything to cause the judge to attack him or anything but Tom just doesn’t seem to care even though his life seems to be on the line. Since nobody else knows about his deal with Austin this makes sense and it makes for some fun moments.

As for the actual plan, I do think they took a decent amount of precautions here. The photos were definitely key and they should help answer a lot of questions. I think Tom took the “act” too far though. Like the scenes with him and the dancer where he is being quite aggressive were uncalled for there. He knew that the cops were around (presumably) but even so he should have tried to retain some class. I don’t blame Susan for being upset about the dinners either since there aren’t many explanations that would explain that.

Tom really didn’t do anything to make himself look good in her eyes. He has a lot of good banter with the cops and the DA but when it comes to his home life it definitely became a mess right away. So those scenes definitely hurt him and by the end he wasn’t one of the more solid characters. I’ll give Susan credit for handling things well though and not trying to make a scene. Clearly these events hurt her quite a lot but she never broke down. At the end of the film she also makes the right decision during crunch time too.

Then you have Austin who’s a solid character. His plan is a bold one but I do have to agree that it would strike a solid blow for his cause. It would really show why capital punishment is so dangerous and would have absolutely crushed the DA’s career. The DA was a solid character as well. He’s the antagonist but not a villain. The guy does think that he’s doing the right thing and the evidence was hard to overlook especially with how poorly Tom defended himself since he wasn’t taking things seriously.

It’s hard to blame the DA at all for going along the path that he did. As for the capital punishment debate, that will always be a tough one. On one hand, if you are falsely accused and die, you’re dead so that’s it. On the other hand it may be preferable to have a quick end than to rot in jail for 60 years before you finally get out when they find out you weren’t really guilty. In a lot of ways the first option just seems better and that’s before you even go into the logistics and all. Ultimately it’s for the best that we don’t have it but it will always remain as a tempting option as long as there are dangerous criminals who still exist.

Naturally a big part of why the film is so fun also comes down to the courtroom scenes. I always enjoy seeing those and this film has quite a lot of them. You get to see the DA make his case and Tom have to try and respond. While the heroes would take shots at how the DA was trying to win over the jury, I would say that he was just doing really well and they were sour grapes because they were so invested in this. I don’t blame them of course but it is without a doubt that I can say the DA did the best here and stole the show at least within the confines of the courts. That is his area of expertise after all.

The only weak parts of the film can be when Tom is under cover. As I said earlier he gets way too into the role if you ask me. Definitely seems like he’s having fun with it when he shouldn’t be. I also don’t even think we need some of the scenes there with the dancers performing or changing later on. Feels like the film added some unnecessary fanservice here when it could have been focusing more on the mystery. To an extent I imagine it was meant to show us their daily lives and how it was easy for the first one to be taken alone and murdered but if that’s the case then I’d like to see the management more and how they’re handling this. It seems like they’ve added 0 security since anyone like Tom can just walk right in through the front door.

Overall, Beyond a Reasonable Doubt is a solid film. It keeps you engaged from start to finish with a solid cast and good writing at the ready. The whole film really ends quickly and the pacing is never an issue. I’d definitely recommend it, especially if you are interested in the court room and debates on capital punishment. From the start you may figure that Tom should have just said no to even trying out this experiment which is valid but it does make for a good story.