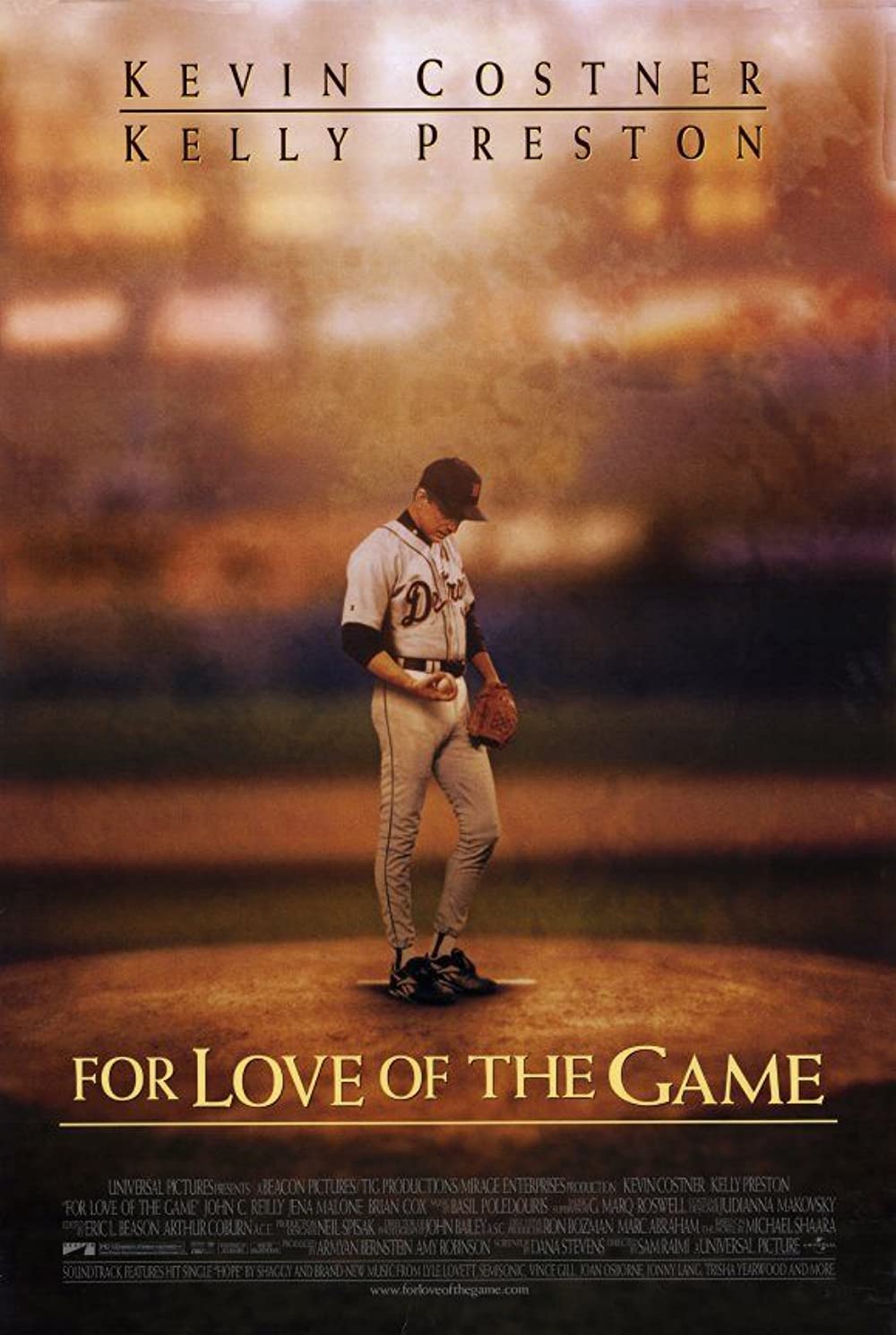 Time for some Baseball action. This film also throws some romance into the mix but it’s probably the weakest part here. Ultimately this is a classic story of having to choose between your love for someone else and your love of the game. There’s a lot of drama over here and what is going on ends up being bigger than any single game.

The movie starts with Billy getting ready to pitch his final game. He’s gotten quite a bit older and can’t really throw the way that he used too. He’s just too old and he knows it, but he doesn’t want to leave the game either. He’s had a great career so his coach Frank is reluctant to pull him out but at the same time he does want to win. Billy can continue his career if he really wants to do so, but it will be on a different team. He reflects on his life as the game goes on and how it all led to this.

A big part of that is in his romance with Jane. So this one falls flat for a few reasons. One of which is that they hook up almost immediately without really knowing each other so both come off as really desperate. Jane tries to say later on that she isn’t usually that kind of person but it’s a bit late for that and then Billy certainly proves that he is that kind of person when he cheats on her later on. They just never really ended up connecting in the long run and so the romance wasn’t one that you could really root for.

Put it this way, if Billy was able to cheat on Jane after a single disagreement then he was never too serious about her in the first place. You just don’t cheat on someone like that, especially so quickly. It was really a terrible look for him. Jane really shouldn’t have even attempted to bridge the gap here after that. From the start another red flag was that their relationship was going to be a long distance one where they aren’t supposed to call each other or even think about each other. They were supposed to live their lives and just hang out when they’re in the same town. That doesn’t sound like a winning way to go through life now does it?

The Baseball scenes are fun though even if they never feel like the main part of the story. The final game in the present is certainly dramatic since Billy wants to go out on a high note. No better way than to try and pitch a shutout right? That’s extremely rare in any game and almost never happens. Billy also has a good team by his side. There’s the up and coming outfielder who initially has a hard time not messing up on the field but learns to tune out the media and just play ball.

There’s also the catcher Gus who was with Billy every step of the way. Billy would also fight to keep Gus on the team when the coach wanted to put someone else in. They made for a good duo and clearly had a great career even if the time was almost up there. So the movie’s got a lot of emotional stories going on and especially plots about how age always catches up to you. Sure enough, it’s not something that you can escape forever. Ultimately it will always return to make you retire at some point.

Jane’s daughter Heather also gets to appear for a bit. She’s used in a way to try and patch things up with Billy and Jane. Heather’s nice enough even if she starts out as a bit of a rebel. She can give Billy a hard time at first but warms up to him later on. Her role isn’t super large but she does appear near the end of the film in the current timeline and she’s now more of an outgoing person. Perhaps Billy had a positive effect on her there.

I would have liked to have seen some more Baseball action though. That’s really what I’m here for and I felt like it didn’t really get a big role. More Baseball games would have been nice, maybe take us through the whole season as Billy’s play began to deteriorate more and more. Particularly given the title of the film focusing on that would be best and by constantly seeing Baseball games in the flashback, it would also be a meta way to show the audience that it was still the first thing that he thinks about every day. It could further show Jane that she ultimately made the right choice in deciding to head out.

The writing’s decent enough here. You’ll be invested as the film goes on and the pacing is good too. It doesn’t drag out or anything like that either. I wasn’t a fan of the two main leads here but I did like the friend and the coach. Ultimately the coach especially has a tough job here since he needs to keep the locker room happy while also making the tough business decisions so that the team can keep on winning. The whole thing is impossible to keep impersonal here since everyone has known each other for so long. Still, he does a good job of it and is also careful to make sure Billy isn’t overdoing it.

Overall, The film’s main weakness is that the romance doesn’t really work. Both characters made massive mistakes with how the relationship was started in the beginning and then Billy ruined it beyond repair. The Baseball scenes were always great but they were just so few and far between. I really think we should have gotten more cool Baseball moments and that also could have let us meet more of the team. When you think about it, we didn’t actually know too many of the players.