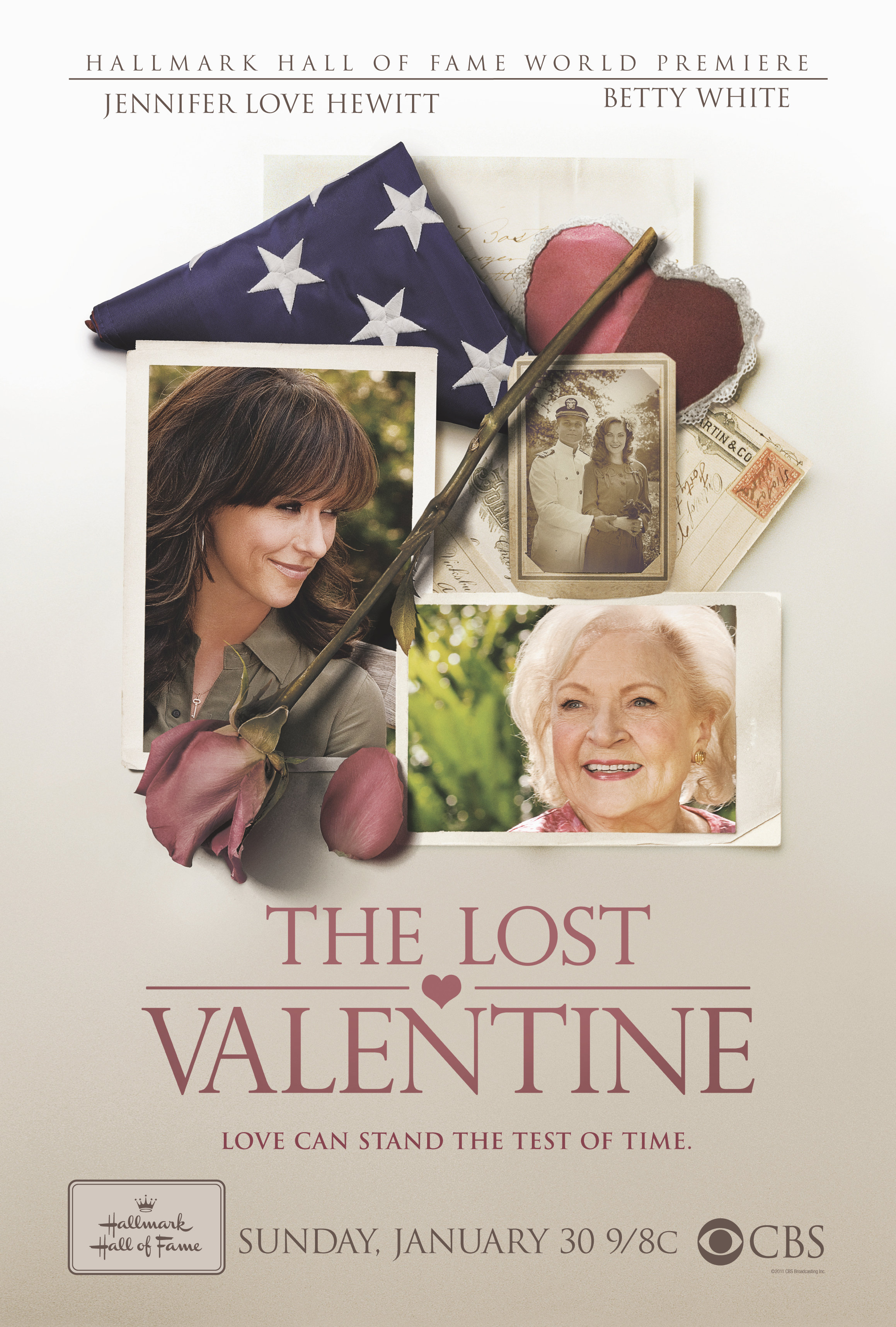 The Lost Valentine is a very emotional story about how war can certainly turn a romance tragic very quickly. The movie deals with the aftermath of that and makes for a solid emotional story. I wouldn’t say it’s a great one but it should keep your attention from start to finish. There’s also some good detective work at play here so the plot moves quite actively.

The movie starts by introducing us to Caroline whose husband went missing during the war and was presumed dead. Since this wasn’t official, Caroline would go to the train station where they promised they would meet every year on Valentine’s. She would sit there all day and then go home. Rinse and repeat for decades. Well, one channel thinks they can get a good pay day out of this so reporter Susan is put onto the case. Her mission is to get the full story from Caroline. Susan’s not thrilled about this since she finds it boring and has a very bad first impression with Caroline’s grandson as a result. Can she turn this around and get the story or is that game over?

In a lot of ways the film could have been over after the first few minutes when Susan was badmouthing Caroline in front of Lucas. Now, they weren’t direct insults to her but she was criticizing the story and saying that it wasn’t very important. If I’m Lucas I’d shut the whole thing down right there. Hard to forget about insults like that. While of course we learn that Susan ends up finding the whole story very moving and gets into it, if you’re Lucas you would probably have a lot of doubts for a long while. Not until she actually starts doing some detective work would I think that her heart is into this.

Susan’s definitely crafty about how she gets in to get the story though. She basically forces her way into the house and from there it would be awkward for Lucas to throw her out. So you have to give Susan some points there and of course her character arc does end up working out positively. I thought it was a bit iffy how she ran back to her day job once Lucas got upset at her but since she didn’t give up on the assignment, I didn’t dock any major points off of her. Ultimately she may have been judgmental at the beginning but got to be a good character by the end.

As for Lucas, well he’s a solid character as well. He does well in his physical therapy job and even had the time to write a book as well. Unfortunately he is the kind of guy who reads too much into a situation and quickly jumps to the wrong conclusions. A romance drama like this will always have that one big misunderstanding moment, but this one felt very forced. (Okay, most of them feel forced) Lucas decides to be rather rude to her as a result which shows that he wasn’t as cool with being “just friends” as he should have been. Additionally, lets say that it wasn’t a misunderstanding…she had hinted that she was together with someone earlier. Even his parents and grandmother knew that but told him to go over to try and win her over. So what’s with the big personality shift here? I thought he was way off base.

With Susan just coming off another relationship so this was a rebound and Lucas being like this, I can tell you that I was not a big fan of this romance. It just didn’t end up working well for me at all. Since it’s a big focus that does hurt the film to an extent. The romance with Caroline was a lot better as she never rebounded and stayed loyal with visiting the train station all these years. She’s definitely the kind of person you’d want to be friends with. Caroline does a lot of volunteering in her spare time as well and just ends up being a very solid character. Her husband was also great as we see him in the flashbacks saving various characters. There were several times where he could have escaped and saved himself but each time he took the high road and did what he could to keep everyone safe. Now that’s what I call drive and determination!

As always you can count on the friends of the main characters to give the worst possible advice at all times though. This is pretty much a staple for the friends to be bad in romances though. You’ve got Susan’s friends telling her to just marry the guy she’s not super interested in because he’s a good guy. I mean…it’s nice that they’re trying to be supportive but you never want to “settle” on someone just because they’re not bad. I don’t think that’s a good way to build a long term relationship. Then you have Lucas’ parents and Caroline saying it doesn’t matter if Susan already has a boyfriend, just assume he’s not the right one and try to win her over. I suppose the game’s not over until she’s married but if someone’s taken then I’d say 9 times out of 10 it’s time to move on and think about someone else. Or just be okay on your own, you can still be quite content that way.

Overall, The Lost Valentine is a good film. I wasn’t a fan of the main romance but the writing is still good and the characters are reasonable. The movie is fairly short so you have to move through things at a fairly rapid pace. That does mean that the romance doesn’t have a lot of time to develop but at the same time you don’t want things to drag out either. I’d say the balance was good enough and you do feel happy for Caroline to have some closure at the end. She had definitely gone through a lot so this way she got to have some happy memories at the end. The flashbacks were also good to give the story more depth, honestly that may have even made for a stronger film if we had stayed in the past the whole time. Would have been a more tragic ending though.

2 thoughts on “The Lost Valentine Review”