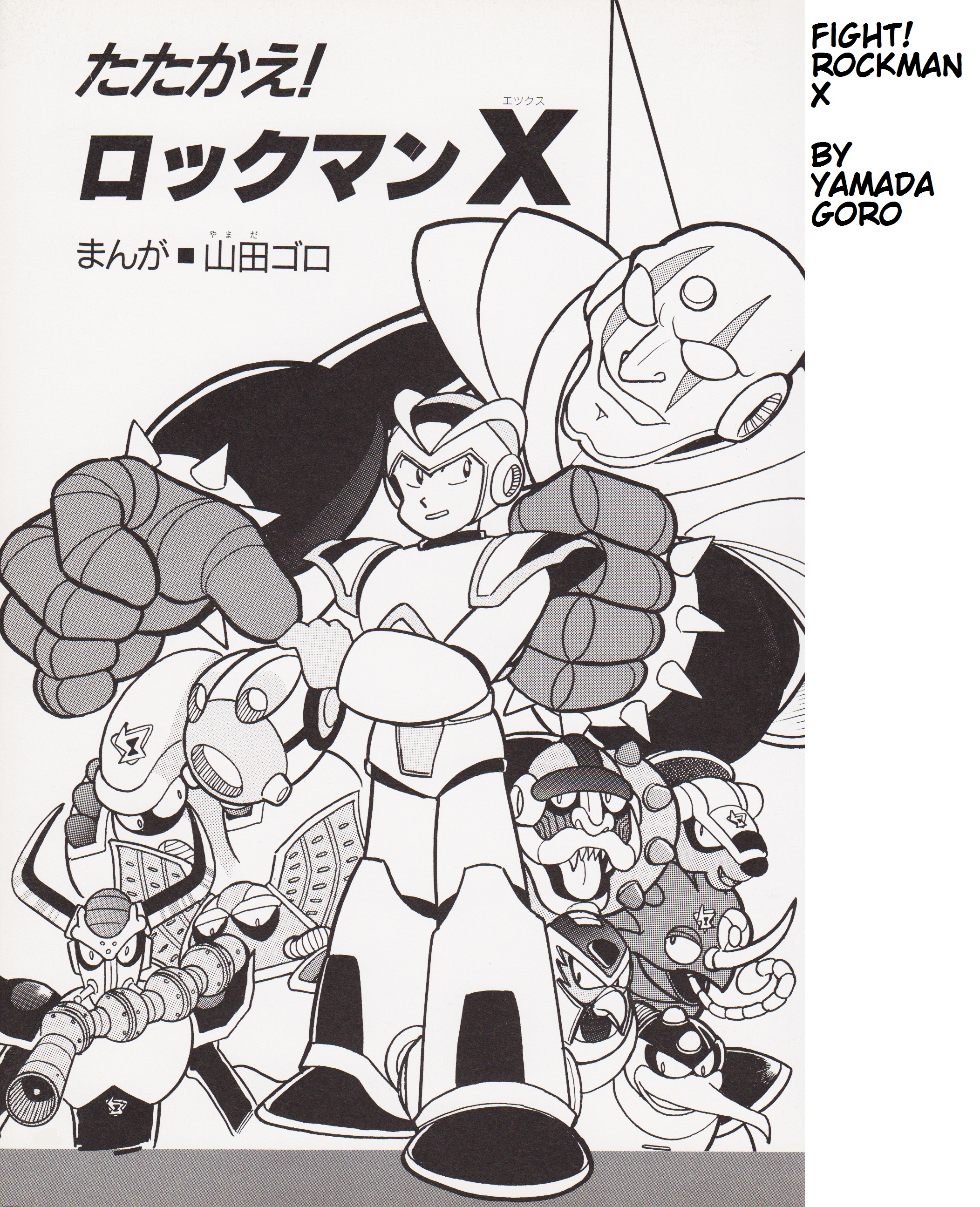 Time for a very quick oneshot Megaman X manga. This one’s definitely blasting through the first game at record speeds as it adapts the whole game in under 18 pages. You have to admit that this is quite the impressive feat right? Well, I definitely had fun with it and the art is pretty solid. It’s like a fun little minicomic and since it will take less than 5 minutes to read, why not check it out right?

The basic plot is that Sigma has gone crazy for some reason and launched a war on the world. Mega Man X is the only fighter who can hope to stop him. (Zero doesn’t appear in this story) So Megaman gets to work and makes short work out of each enemy until he also takes Sigma down in a single blow. It turns out that Megaman truly is the ultimate fighter out of all reploids and everyone should fear his abilities. The narrator says that the battles are not over but with Sigma out of the way I think it’s safe to say that they are. Who would dare to rise up against Megaman?

I’m guessing the author is a fan of the fire maverick because he’s the only one who actually beat Megaman the first time. It was good to see that not just everyone would fall to Megaman without a fight. These guys are here to win after all and are used to being the strongest in the land. It goes without saying that they just wouldn’t roll over like this. There’s no time for more than a quick one panel fight for most of the mavericks but it’s still nice to see one put up a fight.

As mentioned, the art is pretty good here too. The pages are very clear and the character designs are on point. You certainly can’t go wrong there and it makes this even easier to read. It works well as a quick cliffnotes version of the first adventure too in case you want to jump right into Megaman X2. You could just read this and you’ll have covered the plot of the first game. Sure, some characters are cut out but you get the general idea which is the important thing.

There’s only so much I can say about 16-18 pages though so this will be a fairly quick review. As a parting note, the story does remind you why the Megaman X series is such a great concept right out of the jump. A future in which mavericks fight using special abilities with the world at stake just sounds awesome no matter how you say it. This story is certainly no exception to this, not by a longshot.

Overall, This is a fun story. There’s a lot you can do with one shots as it gives artists time to practice or you can just see a nice little story with the characters. I’m surprised the story wasn’t more of an original adventure or something but the first game’s plot has aged well so it’ll always end up being fun to read about. I’ve got some more oneshot stories coming up so get ready for those. We’ll see if they’re as solid as this one. As long as Megaman X is taking names I expect we’ll be in good hands though.